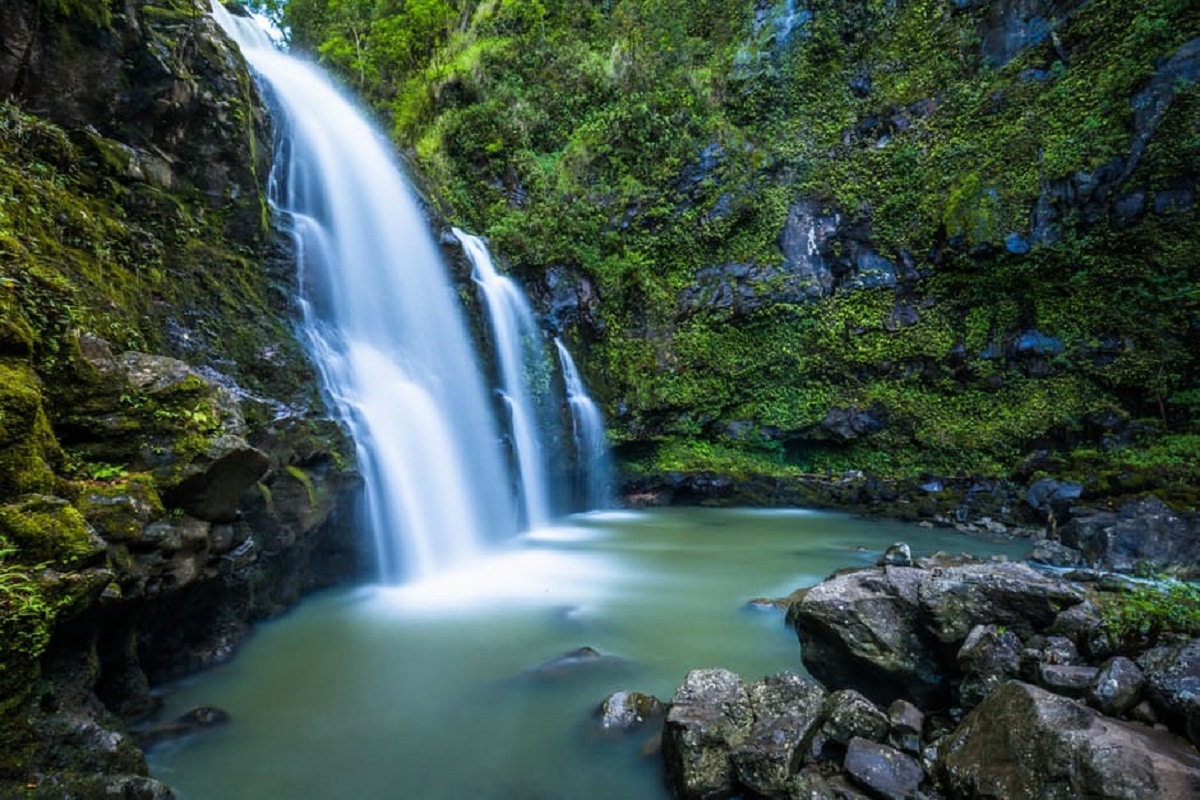 In the elaborately-carved, beautiful shrine my grandmother had for her idols was a shiny, smooth stone, resting in a case of gold. It was golden-yellow, with a definite red hue.

I wondered what it was even as I saw it being anointed with sandalwood and vermillion every day. Flowers were offered to it too. Also, milk and sugar. I knew all the other idols and wondered what a distinguished-looking stone was doing next to them. I came to know later that it was the stone called saligrama, the most sacred stone, worshipped by Vaishnavas, and considered Lord Vishnu in abstract form.

Found on the banks of the River Gandakti, in Nepal, saligrama stones that come in different shapes have always been associated with the incarnations of Lord Vishnu. Considered extremely sacred, the stone has been described by Lord Siva in the Padma Purana as follows:

[“Worshipping a single Saligrama Sheela [stone] is equivalent to worshipping hundreds of my lingas.”]

Stones, like rivers, plants, the sky, the earth and other natural elements, have been considered sacred since time immemorial. From rocks that have represented power, resilience and permanence to crystals that are used to decorate, heal and attract positive energy from the universe, stones have been used in worship, magic, and also as a part of rituals to mark things — from birth to death — for ages.

The use of stone after a person’s death has been a common practice — from the evolution of many ancient tribes of the world to our modern age.

The Ashma stone is a must in all Vedic death rites, when the deceased is cremated. For those who once buried their dead — the Gonds, Bhils and Korkus of Central India — a boulder often found a place beside the tomb for four days after the death of a person. This was to ensure that the soul remained in that place instead of wandering around, because it was strongly believed that the soul resided in the stone.

Many cultures in the world believe that stones are the spirits of our ancestors. The Khasis of Assam, in India, believed that the Great Mother of the tribe, or clan, was represented by the Female Stone, or Maw-Kynthei; and, the Great Father by male stone, or Maw-Shynrang.

Anthropology scholar Robert W Williamson writes in his book, The Social and Political Systems of Central Polynesia, as to how in the Pacific islands of New Caledonia, Malekula and Achin, certain rocks represented gods and ancestors.

In many African tribes, the worship of the Supreme Being in the sky was done involving menhirs and other sacred stones. The Pierra Chevetta, or the Owl Stone, evoked just as much respect as fear in the minds of the people of the district of Moutiers in France. The Hottentots of Africa, along with the Bantu tribe, were known to add to, or throw, stones at the tomb/shrine of their deities, Heitsi Eibib and Unkulunkulu, respectively.

Stones, rocks, menhirs and monoliths have often been worshipped for things ranging from ample rainfall to the perpetuation of the clan. Not surprisingly, the fact that the stones are looked upon as the dwelling place of ancestors, or the gods themselves, seems responsible in man’s belief in their powers.

British anthropologists C G Seligman and Brenda Z Seligman write in their book, Pagan Tribes of Nilotic Sudan, how the Neolithic tribes of Sudan had ‘rain-stones’ too, which they thought of as ancestors that could produce rains.

The Buryats in Mongolia believed that certain stones had fallen from Heaven for the purpose of bringing down the rains. In many villages, offerings were made to stones to ensure a good harvest. Mircea Eliade’s work, Patterns in Comparative Religion, a masterpiece of information and a must-read, traces the reason why stones are associated with rains. It is because of their meteoric origin. It’s also believed that stones fell from Paradise with the rain-bringing thunder; hence, they are thought to be rain-stones in many societies.

Stones have also been associated with fertility. Edwin Sidney Hartland, President of the Folklore Society, UK, and author, gives an account in his book, Primitive Paternity, as to how in Athens, at one time, pregnant women used to go up the Hill of the Nymphs and slide down, invoking Apollo to ensure safe delivery. It also talks of how childless women of the Maidu tribe of North America prayed to a rock shaped like a pregnant woman to bless them a child. Prayers to ‘fertilising stones’ abound — from India to Papua New Guinea.

Certain tribes of Australia, as also practitioners of New-Age Paganism, believe that the souls of dead children are trapped in rocks, waiting to find the right womb to be reborn. Well, if they do not manage to find a home for themselves, they are said to exist in the same place in the same position for centuries. They can, it is believed, communicate with those who can ‘hear’ them. Some of them are also said to give out strong vibrations than others and connect with human beings better by attracting them to rest on them, or spend time in their presence.

You gotcha it right. Autogenesis of stones, or what is called swyambhu stones in India, make them sacred too. Since they are stones that have reproduced themselves, they have a special place in the hearts of many. If shaped roughly like a Sivalinga, or like that of Lord Ganesha, they attract pilgrims and evoke reverence and awe.

It’s exactly this sense of wonder that touched me when I first got to know that the saligrama stone in that elaborately-carved shrine in my grandmother’s house was several centuries old. Today, it looks precisely like it did nearly four decades ago, when I saw it for the first time. It still sits in that case of gold, glowing beautifully, yet quietly, with a soothing, calming feel — especially when one reaches out to touch it.

It’ll always be as solid and unchanging, a symbol of permanence in uncertain times… a bit like god Himself.