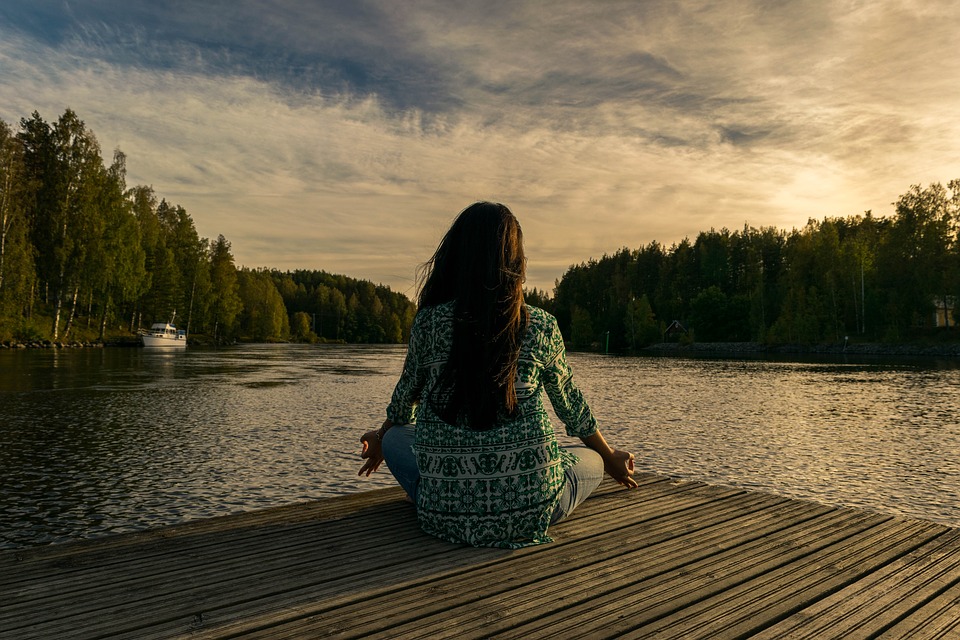 In the yogic sciences, arthritis is not regarded as a disease in itself, but as a symptom of a prevalent metabolic and pranic malfunction. Here’s help — to beat the joint disorder.

Arthritis is one of the most common diseases affecting one in ten people. The disorder Is characterized by pain, swelling, redness and loss of function in one or more joints. Arthritis is a deteriorating process, resulting sometimes in permanent deconstruction of the joints affected.

The large, weight-bearing joints [hips, knees and ankles] and the small joints responsible for frequent articulated movement, such as the fingers, are usually the most affected.

In the yogic sciences, arthritis is not regarded as a disease by itself, but as a symptom of a prevalent metabolic and pranic malfunction. The ends of the bones which form the joints are protected by a hard tissue called cartilage and bound together by ligaments which surround the space between the bones [joint cavity]. The joint cavity is covered with a soft synovial membrane, which secretes the synovial fluid to lubricate the joint. The cells of the joint are contingent on the blood supply for their fundamental necessities. If the circulation of prana in the joint is obstructed over a long period of time, the supply of blood and lymphatic fluid becomes tardy and the joint fluid gets stagnant.

When this happens, the waste products of cellular metabolism collect in the lubricating fluid of the joints, rather than being transported to the skin and kidneys for excretion from the body. Acidic wastes and toxins that get collected in the joint fluid ‘inflame’ the sensitive nerve fibres in the joint, causing pain and stiffness. If this continues for a long period, the joint structure begins to degenerate.

The joint fluid, as a result, begins to dry up, the soft cartilage lining disintegrates and the bones begin to amass excessive calcium, forming new bone growth, which limits movement. As this process persists, pain and deformity occur, the whole joint may get destroyed and the movement also becomes difficult, or curtailed.

Modern medical science has recognised several distinct forms of arthritis. However, different stages represent the blockage of prana, rather than different disease.

Gout. Uric acid, a toxic by-product of the digestion of protein, is usually excreted in the urine, but in gout it accumulates in the joint fluid. People who consume excessive proteins, especially, red meat, usually suffer from gout.

Osteoarthritis.This chronic degenerative arthritis is commonly seen in middle and old age, especially in individuals who are overweight, have a heavy and toxic diet and avoid exercise. Osteoarthritis [OA] develops most frequently in a joint, which had suffered injury earlier in life, causing pranic and structural imbalance — one that was also not appropriately addressed at the time.

Rheumatoid arthritis. This rapidly progressive form of joint degeneration often occurs in young and middle-aged individuals; it is becoming increasingly common. It is frequently triggered by severe emotional shock, acute infection and so on. Rheumatoid arthritis [RA] most commonly begins in the smaller joints of the fingers, hands, and wrists. It can result in hand joint problems, damage and deformity to the fingers, thumb, hand, and wrist.

Modern medicine only focuses on the relief of arthritic pain, but  it fails to treat and correct the underlying causes.

Asana. A series of asanas for prevention and management of arthritic conditions is the ‘anti-rheumatic’ group of pawanmuktasana. This group of asanas is concerned with loosening up of the joints of the body. It is particularly useful for removing energy blockages in the joints, and it works on the pranic and mental ‘body’ as well.

Shatkarma kriyas: Poorna, laghu shankhprakhalana, kunjal and neti are imperative in easing constipation and excreting any metabolic acids and other wastes that accumulate in the joints.

Pranayamas. The word pranayama is comprised of two ‘roots:’ prana and ayama. Prana means vital energy, or life force. Pranayama utilises breathing to influence the flow of prana in the nadis, or energy channels, of the pranayama kosha, or energy body. Nadi shodhana and bhastrika strengthen the digestive and excretory processes.

Chakra meditation and arthritis. People around the world have found meditation to be extremely beneficial for their body, mind, and spirit. One form of meditation, Chakra Meditation focuses on the energy produced in the seven different chakras of the body. There are effective therapeutic benefits with this form of meditation.

The Universal Life Force is believed to be flowing from the top of the head and downward through the chakras, cultivating our bodies with seven distinctive forms of energy, each of which is vital for our corporeal and spiritual growth. It then flows up through the chakras, conveying a conscious sense of universal association.

The chakra system can be used as an instrument to programme our lives. In order to do that, we have to activate the appropriate chakra corresponding to our requirements. The seven chakras are created by the amalgamation of the two active principles of consciousness and matter. Consciousness, or awareness, enters through the topmost chakra on the head and it flows downwards through the body and then up from the earth to our psychic consciousness. In order to be complete, the individual needs proper balance or equilibrium between the downward flow and the upward flow of energy.

Sukshma yoga, or anti-rheumatic group of pawanmuktasana. The yogasanas helped lubricate my joints well; as a result, I could manage to keep the rheumatoid arthritic attack at bay, without any medication. It only took 10-15 minutes every day for me to keep fit and healthy.

Chakra meditation. During times of stress, I used to suffer from attacks of rheumatoid arthritis, although in a mild form. But, when I was introduced to Chakra Meditation, it transformed my life. After I started Chakra Meditation, I realised that every day became a new day for me — a day to look forward to.

When meditating, I began to drift into a state that gave me profuse peace and took away all my stresses. Practicing Chakra Mediation strengthened my thoughts and reinforced my reasoning. I now choose to perceive things differently as a healthy alternative to all the gloomy notions that can crowd one’s mind. The regular practice of Chakra Meditation helped the free flow of prana in my body to taking care of the rheumatoid arthritis attacks naturally. It has now been over seven years since I have had a distressing attack of rheumatoid arthritis.