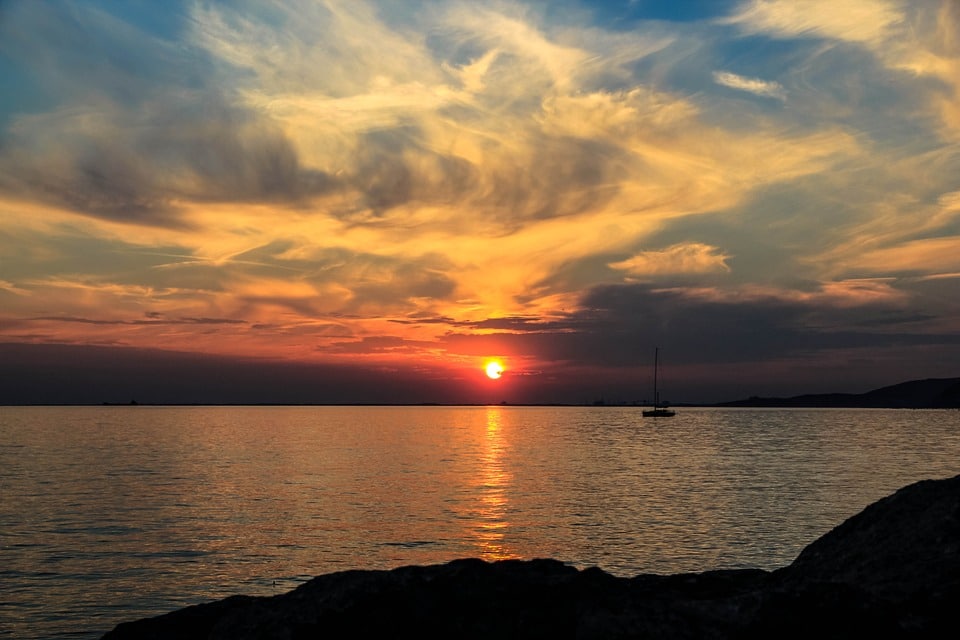 This is a story with a moral — a parable in other words — which was forwarded to me by my mother. She received it from my brother, who, in turn, had got it from a family-friend. The original was in Tamil. I do not know who the author of the original piece is. The acknowledgement thereby goes out to the anonymous writer of this piece in Tamil. This is my humble effort in translating it into English. I have taken the liberty to make some changes though, in keeping with the times. Here goes…

Once upon a time, there was a riparian town. A peculiar law prevailed in that land. Anyone could become King and reign for five years. At the end of his term, not only could he not aspire for another term, but he would be ferried down to the other bank of the river where wild and ferocious carnivores waited for him. He would die in no time. This law was inviolable. Sacrosanct. None could change it.

Well, if you become King, you would be ferried down the river after five years and left on the other bank. Period. If one could consent to being cast away to the wild beasts, after five years at the helm, the throne could be his. While most inhabitants of the town never wished to trade several years of the ordinary commoner’s life with five-years-as-King-and-death-immediately-afterwards, there were some who felt, “Anyway, one has to die someday. Why not die like a King — an honourable death?” It was owing to such a thought entertained by a handful in the town from time-to-time, that it was never without a ruler. However, some of the Kings perished while they were incumbents — after suffering fatal shocks as they got closer and closer to being mauled to death by wild beasts in the jungle. Time passed by. Many Kings were killed by lions, tigers, or packs of wolves. Some died in their sleep because of cardiac arrest too.

We zero-in on a day when one in the line of such Kings just ended his 60-month reign. He had not suffered any fatal shock during his 5-year rule. He had gone about his business of governing as an efficient King would, in a conventional setting [this town as pointed out, was not conventional]. He walked down to the river in his royal attire — crown, jewels and all. The townsfolk had gathered to witness the spectacle — nay a five-year phenomenon, which had become a ritual. There were toothless men and women among the crowd who had witnessed over a dozen such spectacles in their lifetime. A voice was heard in the crowd, “What a fool! He has embellished himself for his grave.”

The man-who-had-been-King till before that day [let us call him ‘mwhbK’ hereafter], eyed the little rickety boat that had been readied for him and yelled at the man who was his Chief Minister. “Get a bigger boat for me and my throne as well. You expect me to go standing all the way?” In a matter of minutes, a fully-bedecked boat stood on the waters. At mwhbK’s behest, it started moving towards the other shore, propelled by the oars of an old boatman who had been performing this task as dutifully as the hangman, or ‘electrocutor on the Green Mile’ would. The townsfolk looked on, bewildered. The boatman was puzzled as well.

Five minutes later, when the boat had advanced a tad and the townsfolk, on the shore the boat had just left, became tiny specks at a distance, the boatman thought he would try to get mwhbK out of what he felt was a reverie — and, make him cry, as his predecessors on the throne had while being ferried. Perhaps, that was the day one prepared for death — by howling, regretting and cursing fate. He addressed mwhbK as Your Highness [after all, he was still seated on his throne] — “Do you know where we are headed to?”

‘Are you aware of the fact that you would never return to this town again?’

‘How come you are so calm and composed, despite this knowledge?’

‘Well, well,’ the King smiled,’ what do you think I have been doing during the last five years?’

‘Well, you have possibly been the best King I have seen in the 65 years of my life. Just and kind, brave and resourceful, always available for the people of the town, to solve their problems and concerns. I hate to be the one ferrying you to your death.’

‘Thanks, my friend. I am pleased to hear that. Can I tell you a secret?’

‘Yes, is it about how one should face death?’

‘Please go on. Enlighten me.’

‘So, listen. Last year, I sent some administrators into the jungle to formulate some laws and regulations. The year before that I had sent masons to build houses, temples, mosques and churches, schools and hospitals. ‘

‘Wait a minute! What laws and regulations? What houses and hospitals? Amidst those ferocious creatures. I have heard that there are over a 100 lions and tigers and over 250 wolves in that jungle.’

‘No more, my friend. Now, you find, as you pass the first few rows of trees and dense vegetation near the river bank, only rabbits, deer, squirrels, birds, and butterflies.’

PARABLE WITH A TWIST

MwhbK smiled. ‘As soon as I took over the town five years ago, I saw to it that all the lions, tigers and wolves were  captured and packed off to zoos, or other forests, several hundreds of miles away. Some of these now are beyond the ocean in some distant land. I had sent over 50 trained hunters into the jungle. No one knew about this. Then, I sent in some farmers to cut down the trees, cultivate crop, and vegetables and fruits, and pasture land for cattle. Now, there are cows, goats and sheep, as well, on the other bank, grazing in vast swathes of pastures. This new town which all of you still think is a dark and dangerous jungle, now houses over 5,000 people — men, women and children. And, I am surely going to the other shore, as decreed by custom and the sacrosanct tradition of the land. But, not to die. To live among my people there, as King. You are most welcome to join us in our kingdom. There will be a lot of work for you to do as well.’

What is the lesson one can get from this parable? Well, it is a story with a twist, for sure — for children and adults alike. Something which can be televised or even made into a short movie — animation or otherwise [if it has not been done].

People tend to accept things, which they can change. God gives them the power and ability to craft success stories out of adversities.

Every cloud has a silver-lining and a mind absorbed in god deciphers this silver-lining at once. Opportunities, they say, are always hidden behind adversities. Spiritually-trained minds can, at once, spot these and act to harness them. The King did exactly that. He wanted to break the mould, without violating the sacrosanct tradition of the land. He would be ferried to the other shore and left to die. He would not aspire to be King of the town he would leave. But, whether to die or live on was in his hands. He would live on as King of another town, and exploit the loophole in the ‘unspoken law book.’ While doing so, he would contribute not just to his progress and prosperity, but also to that of the people in the new town and, more importantly, to the people of the town he would be leaving. Friendly relations between the two towns would boost the quality of life in both — uncovering trade and employment opportunities. The animals were not killed; they simply found alternate abodes where they would possibly not be a threat to humans, as they had been to the Kings of the town.

All in all, this was a masterstroke by mwhbK.

The moral of the story plan, work with single-minded devotion, do not get deterred by the gloomy past, and do not let the mysterious future worry, or depress you. Go for the silver-lining in the clouds you see. Be the Master of your Fate, the Captain of your Soul — as the unforgettable poem Invictus, made more memorable by the film of the same name, inspires you to.