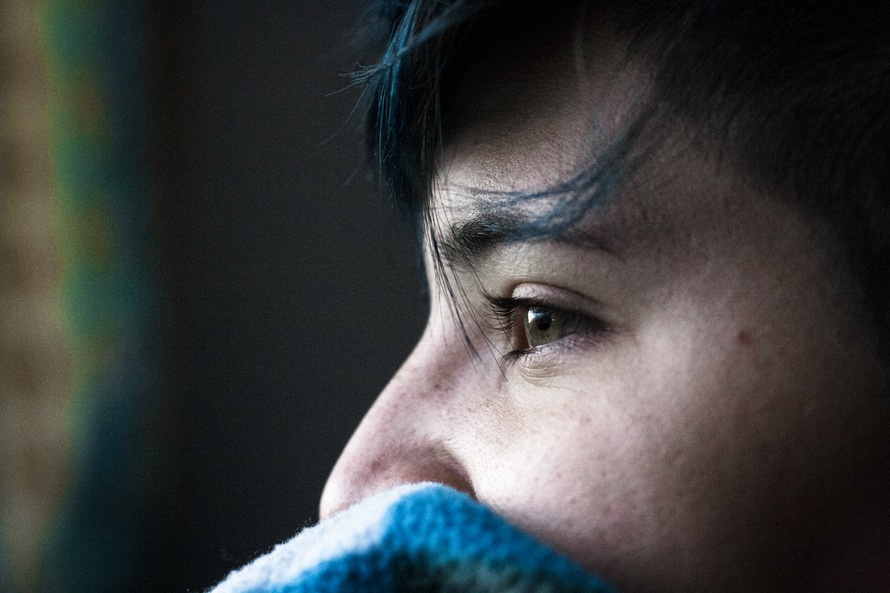 Some years ago, while working for a newspaper, I did a piece on the role of tears in people’s lives. I interviewed several people on whether they ever cried. “Don’t mention my name, and I’ll tell you if I cry,” a hunk had told me with an embarrassed smile. “I cry when I’m absolutely alone. I don’t want ‘them’ to think that I’m not just man enough.” Almost all men who I interviewed, irrespective of their age, said more or less the same thing.

Till the metrosexual male came along, crying had been a female thing. If the old gender stereotypes gave men the power, they also created problems for them. Aggression, violence, rage. Oh, okay. Tears? Such a sissy.

But real men have never ever been scared to cry. American psychotherapist Tom Golden wrote an account of how Abraham Lincoln, one of the toughest men in the world, shed tears. He was known to invite a male friend over to play songs of sadness on his piano. As the musician did his job, Lincoln it seems, sat down and wept. It was, writes the psychotherapist, the great man’s ‘hook’ to enter, or ease, his state of grief.

Women have always let tears flow freely. They have known that tears can be liberating. They ‘loosen up’ the brain and heart, and even though they tire us out, they bring a sense of peace and calm. Poet Emily Dickinson’s brilliant observation of human psychology and response has found expression in her beautiful verse:

After great pain a formal feeling comes —
The nerves sit ceremonious like tombs;
The stiff Heart questions — was it He that bore?
And yesterday — or centuries before?

This calm, the formal feeling is a sort of numbness. It is one way we protect ourselves against the onslaught of pain. It saves us from being overwhelmed by suffering. Tears eventually give rise to calm.

How strange — tears, found often hiding in throats or wrapped in pillow-cases, are probably the body’s best safety valves. The emotion, once encouraged to be suppressed for the sake of dignity, hasn’t really got its due in all the cultures of the world.

SUPPRESS NOT YOUR TEARS

Tears are a safeguard of survival. In the 1990s, the Swedish National Institute of Psychosocial Factors and Health brought out a report that said, “Not [that] crying inhibits an individual’s effectiveness in interpersonal relationships. Learning not to cry is unhealthy for communication and, in the course of evolution, makes a human being eventually less fit to survive.”

Tears are often a call for help; at times, indirectly. The suppression of crying extends to the inhibitions of other emotions, like fear and anxiety. The University of Minnesota, US, was the first to suggest that emotional distress produces toxic substances in the body and tears help us get rid of them. The study was keyed to determine if emotional tears were any different from ‘onion’ tears. Tears of a group of subjects were collected after they saw a tearjerker following which they were exposed to freshly-cut onions. The study found out that the chemical composition of the two was different. The emotional tears contained more protein.

Well, even without the biochemical proof we know that a good cry makes us feel better. Research says that tears are triggered by amygdala, a part of the brain. When we cry, a nearby component called gyrus is soothed. This is why one feels good after having a cry. Tears discharge tension, the accumulation of painful thoughts. All of us have an emotional ‘circuit’ within us that gets filled up under stress. It cannot hold any more emotions beyond a point. The emotions have to be ventilated. Once we cry, emotionality gives way to rationality and produces a more detached outlook, even though the circumstances may have not changed. A striking quote is proof, “Perhaps our eyes need to be washed by our tears once in a while, so that we can see life with a clear view again.”

When we shed tears, we are doing our body a favour. Tearless grief is said to bleed inwardly. Lack of emotional release is known to give rise to psychosomatic illnesses. It could range from anything like low backache, ulcers, and asthma to headaches. To cull a maxim, “The sorrow which has no vent in tears may make other organs weep.”

It’s true that society has laid too much blame on crying. Tears are, after all, the ‘summer showers to the soul.’ It’s a good idea to allow oneself to be human from time-to-time. Tears don’t necessarily mean that one is weak or over-sensitive. They are also not always ‘the rain upon the blinding dust of Earth, overlying our hard hearts.’

They are a natural response to strong emotions within us — this may range from a spontaneous reaction to a fantastic work of art or writing, to a true delight, or even relief. People are known to cry out of awe and sadness when the world is so beautiful and life is so short. Tears work. And, no one, absolutely no one, complains when they laugh until they cry.

← Ah, That Allergy… Again Of Jackson. Not Jones →