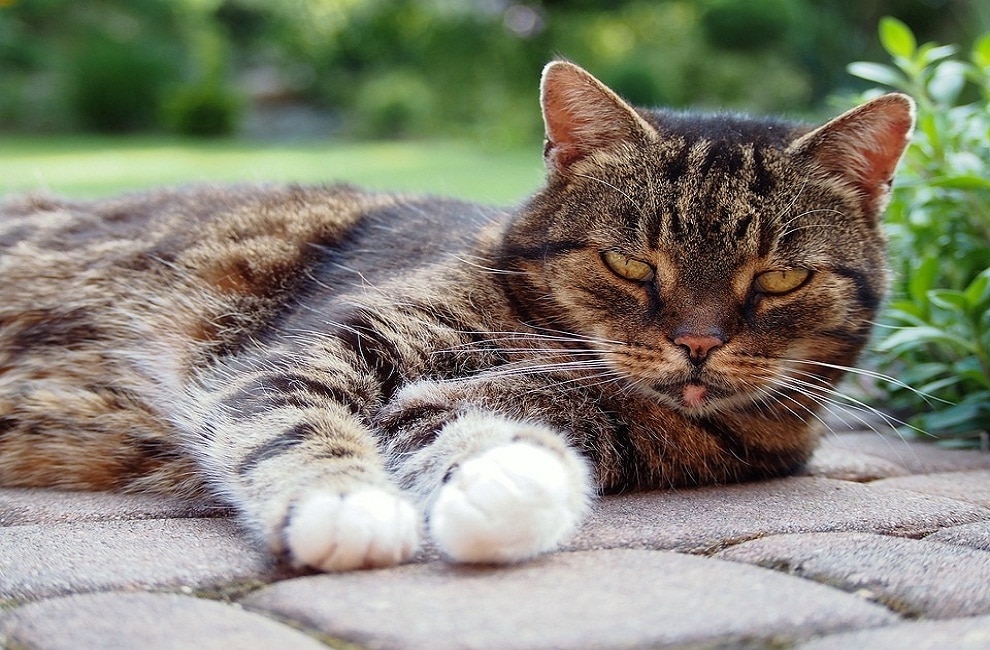 It was a cold winter morning in Glasgow. I had flown in from Oslo, with Varshita, my wife, for a conference. The alluring appeal of Scotland was compelling enough to coerce us to extend our sojourn by two days.

We gave up the luxurious hotel room at the end of the conference, and moved north into the countryside to stay with an old couple — the Browns [no relations of the former British Prime Minister]. They had two rooms on the ground floor of their cottage for rent.

The Browns stayed with each other for company, though there were friends and kindred folk who often came on visits. They, however, had a constant companion — a quadruped with green eyes. It was spying on us from the tree in the lawn just outside the window of the room we inhabited. A full-grown tomcat — possibly 4-5 years old — grey all over, except for its conspicuous white paws. He seemed to like walking in the snow that had covered the lawn.

On day two, at the cottage, we returned after a long walk in the snow. Having lived in Norway for a good number of years, snowfall had ceased to be a deterrent to venturing outdoors. We went upstairs to thank our hosts for their hospitality and pay the rent.

As we were about to leave, Varshita spotted a dead bird right in front of our door. The tomcat’s handiwork — hunting down unsuspecting birds that sought shelter from the snow. We had heard that cats bring home these ‘trophies’ to express their love for their masters. But, then, the tomcat should have deposited that upstairs, outside the door of Mrs and Mr Brown. Mrs Brown joked, “Maybe, he has taken a liking for your wife,” and winked. The humour made the valediction a breeze. It is always difficult to bid adieu to people who are kind to you during your stay away from home. In addition, one often keeps in touch after returning home over snail-mail or E-mail; but, many times, the first meeting also turns out to be the only one.

For the next four months, work in Oslo took up most of our time. Weekends came and went by, but apart from a few outings within Oslo to meet up with friends and former colleagues, there was nothing else to pass for leisure travel. The snow melted away in April and as the days started getting longer, there was an urge to travel north to Trondheim, where we had begun our Norwegian sojourn, some years ago. There were friends there — several of them. The Norwegian University of Science and Technology, to which I remain indebted for having enabled me to fulfil some of my dreams, is located in Trondheim. We decided to call on the Valens’ family first.

Over tea, we talked about work, the Valens’ children — Johannes, Ruth, Jorun and Hanna — world affairs and religion, books, films and sports. We saw a pair of green eyes staring at us. Katrina. She was about five years old when we had last seen her. The feline was older now, though by no means sluggish. She walked over to me, wanting to be caressed. Something was missing.

Four years ago, when we were tenants at the Valens’, there was another member in the household. We had watched him, a newborn, grow quickly. He would come over and sleep on the sofa in our living room, ‘ask’ for curd, and often irk my wife by biting and scratching her toes. At 8:00am in the morning, when I would open the door to go to work, he would come running in, expecting and almost taking the curd, or milk, in the bowl near the door for granted.

Katrina would also follow him, a few minutes later. When I would return home at 7:00pm, he would spot me from a distance and follow me into the house. When he was three months old, he would run behind me for 300 meter, see me off to the bus-stop, and gallop back home. Yes, Hans was missing in their midst.

Jakob Valen, the perceptive psychologist that he was, somehow anticipated the question I wanted to ask. Before I could, he said that Hans was no longer with them. It so happened that a few days after we had left Trondheim for Oslo, an old couple had come over as tourists to Trondheim. They had stayed in the rooms we had vacated for a couple of weeks. They had become enamoured of Hans. The Valens had also wanted to give the kitten away, as they sensed it would be too difficult to take care of both mother and son. The kitten was ‘adopted’ by the old couple. They were the Browns from Scotland.

I was dumbfounded. All the jigsaw pieces seemed to come together as a meaningful whole, effortlessly. The dead bird. The grey tomcat with curious green eyes. Hans. He was expressing his happiness and gratitude to us by offering the dead bird. He, perhaps, knew that we would not recognise him. But, he did. So much for humans being smarter than animals. We would, perhaps, never see him again. I gazed for a long time at the lawn outside the windows in which little Hans used to play with his mother. I looked at Katrina. Was she sad? They say that animals are generally not concerned when they part from their progeny. I could see Katrina follow my gaze, and she seemed to read my thoughts. She got up and walked away. Perhaps, to hunt down a bird?

Little Hans, who had regaled us as a tiny kitten, now plugs the vacuum in the Browns’ lives.

Katrina returned after a while. There was, however, no dead bird. We wished the Valens well and headed for the train station.

Somewhere far away, across the North Sea, a  grey tomcat with white paws is now having his siesta, all curled up on a sofa, between one old man watching a soccer match on TV and one old woman reading the newspaper.

Maybe, he now has a Scottish name, too. Scott, perhaps.

← Just ‘Can’ Be Without the Other Beyond The Cosmic Sutra →