The Tao Of Life 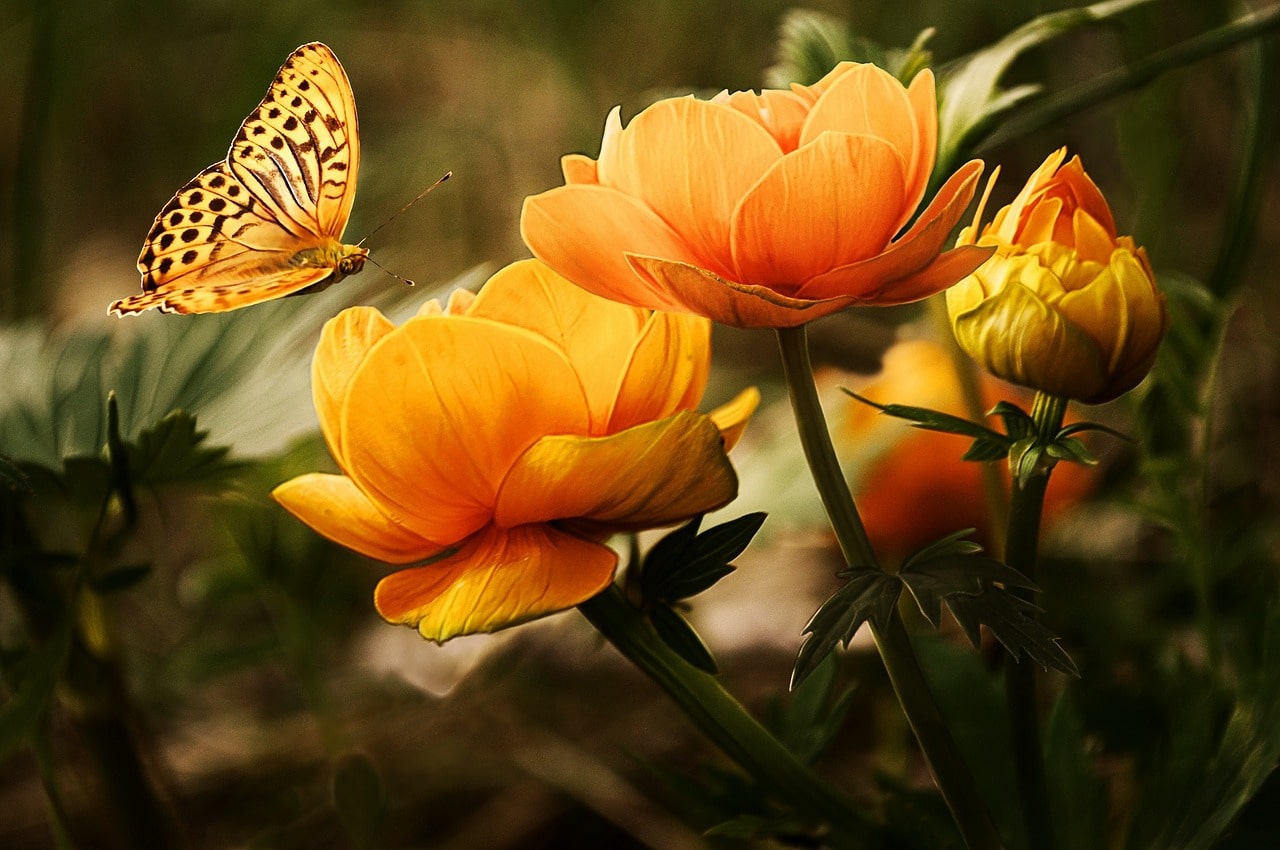 Systems View of Life is a sublimely coherent book: from start to finish. It has 18 chapters that comprise of four sections that enlighten, educate and exhort the reader to change their way of thinking, and therefore, their deeds in the years to come, from a validated, high-point scientific base, juxtaposed and bolstered by a cogent, also perceptive, advocacy — systems thinking.

Well, if you wish to carry on with your status quo and follow the herd of sheep with ‘Who cares, I am here to eat, drink and make merry and carry on, as I have been doing,’ this book is just not for you. Sorry. So, please do not waste time on it. However, if you are the one the world needs and is calling out to — a person keen on being a socio-ecological reformer and a systems-thinker, who will make a big difference in the company of like-minded youngsters in the years ahead — this may well be your Bible or Gita. I would, however, recommend a scientific temper for it, doubtless… read carefully, introspect, question, discuss, and be convinced… only if you really are what you are.

Scientific thinking had a beginning, and this was the so-called deterministic, reductionist approach to understanding Nature. All the greats we read about in school — Isaac Newton, Galileo, René Descartes etc., — were reductionists who believed that everything can be precisely understood with the aid of mathematical equations. The Cartesian system which we attribute to Descartes will always be in vogue when we teach and learn geometry and advanced engineering mathematics.

Fritjof Capra and Pier Luigi Luisi trace the beginnings of science, in the book, and delicately convey the progress, evolution, unlearning and relearning, which have been happening in the understanding of natural systems — physical, chemical and biological — over the last five centuries, or more. The reductionist worldview also attributed everything to ‘nature’ or the genes one inherits from their parents. It was based firmly on the belief that god created everything and organised everything in specific ways and understanding god’s mind was, therefore, possible by adopting a reductionist view.

However, just because you wish to believe in a systems approach, does not give you the right to negatively criticise the mechanistic worldview. This is the canvas on which you can paint and understand the contradictions which have been discussed in the other three sections of the book, based on the knowledge and insightful understanding that all things are connected temporally and spatially. The present can be understood better with the help of the past [else not at all, in many cases] and the future can be planned for, only if the past and present are comprehended in good time. Think of this — you can know Vishnu, if you know Brahma, and Shiva only if you know both Vishnu and Brahma. In the process, you know the Trinity; god in other words. While one must not miss the wood for the trees, as it is said, one must also not focus just on the woods and fail to understand what the trees are composed of and how they came to be, from seeds and sapling to strapping sylvan components.

A QUESTION OF APPROXIMATES

Capra and Luisi claim that all knowledge is approximate. Stephen Hawking always doubted his own findings and stated that he was happier trying to be 90 per cent certain and moving ahead… as scientific knowledge could never be anything other than approximate [cf. Fergusson K, Stephen Hawking: His Life and Work, Bantam Books] Our models, which we are proud of and, sometimes, even vainly so, are, at best, approximate representations of reality.

When physicists drilled down to the level of subatomic particles and quantum physics was born, and they thought that they had now succeeded in finding answers to the most complicated of questions which may arise, Werner Heisenberg, who is known to many as the physicist who served Adolf Hitler during the Second World War, came up with his Uncertainty Principle. However, this uncertainty also encompassed the question — deterministic or otherwise — when Albert Einstein went on record, ‘God does not play dice.’ The authors discuss the General Systems Theory too for which we are thankful to the German scientist Ludwig von Bertallanfy who set the foundation for the flowering of several transdisciplinary fields of learning/teaching.

Complexity theory and non-linear dynamics help in the understanding of emergent properties — hitherto unseen and unexpected; akin to what has happened over time in Nature, as living beings evolved and developed a host of features and characteristics in response to the environmental changes around them — in the atmosphere, hydrosphere, pedosphere, lithosphere, or the biosphere, around them. A Gospel Truth one can always carry with them is the fact that the whole is greater than the sum of its parts. Parts with their own properties come together to form systems [this could be a human body, an animal body, a tree, a society, or even a country], which acquire emergent properties that can never be understood if one adopts reductionist thinking to understand only the individual parts, but not the whole. A simple example — a cricket team has eleven players, each with their own set of talents… They would come together and end up either being world-beaters [an emergent property which one will associate with the team of eleven, and not just a Virat Kohli or a Mithali Raj], or would end up losing all the matches they play in a tournament.

While the authors dwell on the biological [physical], cognitive [mental] and social [emotional and psychological] perspectives in the nine chapters, the ‘heart’ of the book, the last three focus on the ecological perspective. This relates to order in seeming disorder, or in other words, ‘order out of chaos,’ thanks to the self-organising ability of living systems. Life, according to Capra and Luisi, is the ultimate emergent property, which arises by itself when all the necessary component parts come together at the right place and right time, in the right quantities/amounts. It is the duty of readers in colleges and universities to always be guided by what Einstein said, “Science without religion is lame; religion without science is blind.” You must always feel like a little child sitting on the seashore playing with pebbles, as Newton famously said. A good scientist is inquisitive. A great scientist is humble and certain that they are not really certain about most of the things they know.

The Gaia theory [attributed to Dr James Lovelock] presents the earth, not as a planet with rocks, but as a self-organising living entity [again, an emergent property which has come about, thanks to the interactions among the living and non-living components on its surface and in the atmosphere around it]. We have a duty — moral and ethical — towards sustaining all that is older than the human species. There is a chapter dedicated to a systems view of health too, which would be of interest to most readers of The Integrative Post. The social, environmental and psychological aspects [‘psychosomatic;’ according to the authors, or all ailments can be looked upon as psychosomatic] need to be looked into by ‘busy’ doctors and healthcare professionals. The blockbuster Indian movie, Munnabhai MBBS, taught us that, albeit in a tragicomic manner.

The concept of circular economy, which entrenched itself sometime towards the end of the 20th century is the new paradigm which needs to embraced. Biomimicry exhorts us to learn from Nature that nothing is wasted [well, it is necessary to study and understand the flow of materials through the different compartments of nature in the so-called biogeochemical cycles that have shaped and sustained the earth]. The authors also refer to several recent innovations which were inspired by, inter alia, the hard shell of the abalone, the self-cleaning micro-surface of the lotus leaf, and the highly-adherent glue which mussels secrete. Quite like the closed cycles which are found in  Mother Nature — for anyone who wishes to look and seek and learn — what we extract from Mother Nature as in-feeds to the currently-wasteful anthroposphere, also has to be subjected to the cyclicality that has always been present in the self-organising and self-renewing systems in Nature.

There is much more in the book than what this reviewer has chosen to mention. Capra’s and Luisi’s seminal work is most recommended for students, researchers and faculty members in universities in India, and all over the world, for that matter. Maybe, a study course could be woven around, serving as a textbook, what with its long list of references for interested readers to dig deep into.