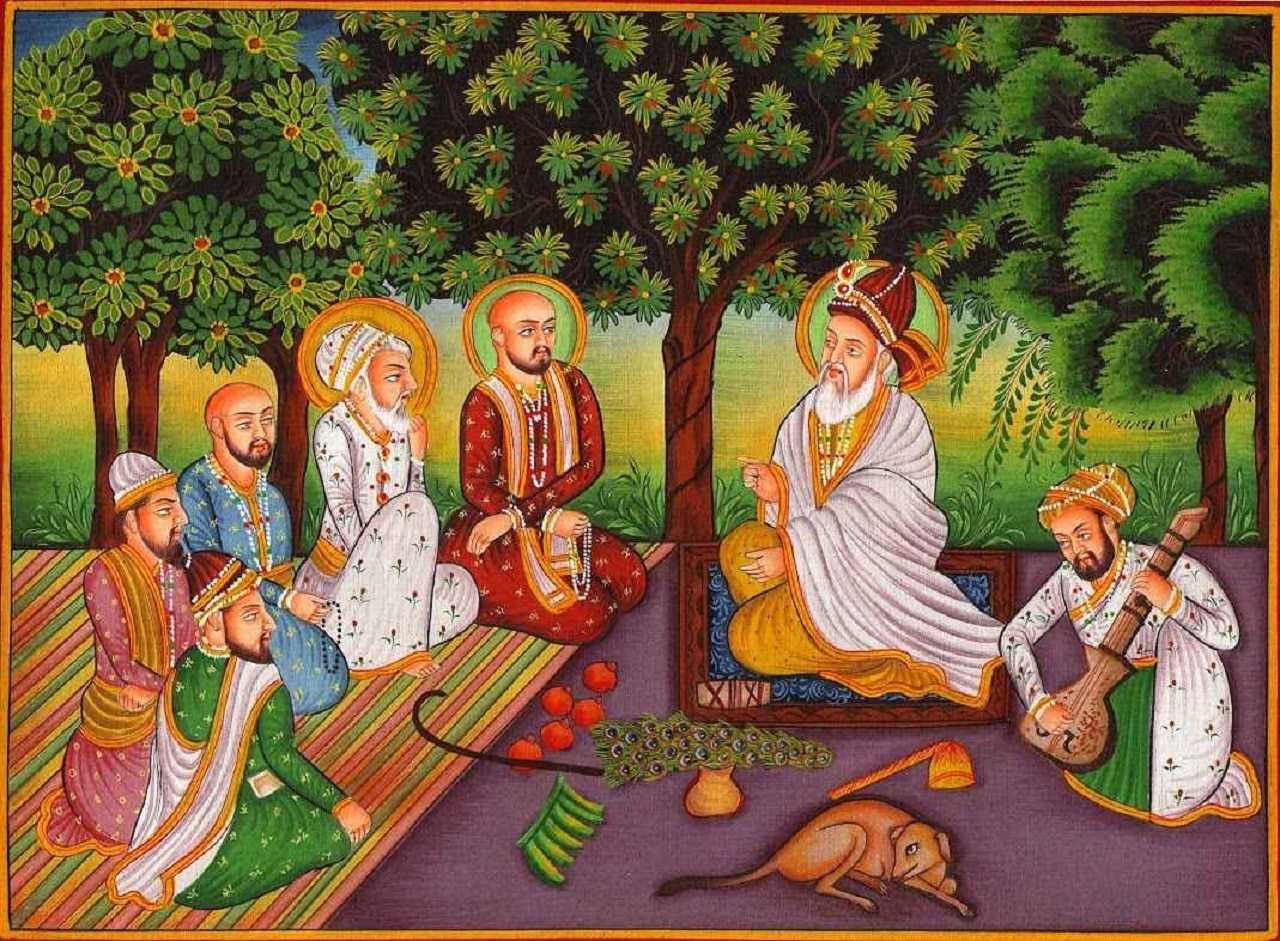 Devout Hindus are still at it. Embarking on as many pilgrimages during their lifetime and wishing to die in the Holy City of Banaras, or Varanasi.

Flashback: 1515. Kabir become aware that he had only a few days to live. He returned to Maghar, a village in Basti district of Uttar Pradesh, though he had spent the better part of his life in Banaras. Even in death Kabir remained an iconoclast living his life and beyond according to his own script. His death exemplified what Kabir always espoused — that salvation cannot be achieved at the Holy Land’s ‘Ground Zero,’ nor by going on pilgrimages, worshipping the ‘stone,’ or making Allah hear the words, but remembering God that resides in our hearts.

Tirthas are just water, there is nothing in it, do you understand?
Image of God is a mere stone, brother, it can say nothing
Do you understand?
Puranas and Quran are words; remove the veil from your soul.

Kabir judges by experience: all this, he says, is ‘just blowing one’s own trumpet, do you understand?’

Kabir’s dohas have been a part of northern India’s oral tradition. Though many attempts were made to put his dohas in book form, they were far from exemplary. The first true attempt made was by a Bengali academician and Benaras-born, Khitimohan Sen. Years of traveling into the interiors of Uttar Pradesh, Bihar and Punjab, he collected materials published by earlier authors and making notes of oral traditions. His painstaking compilation of Kabir’s dohas was brought out during fall 1910 —when Rabindra Nath Tagore’s Gitanjali was also published. Sen’s Kabir was in Bengali with the translation of each doha being a major achievement as it brought the saint poet’s entire oeuvre in a book form. In fact, Tagore’s One Hundred Poems of Kabir [1914] was based on Sen’s book — it brought the quintessential Kabir to English reading audience.

What do we know about Kabir? Not much. In fact, there is no unanimity among scholars on the issue like the year of his birth. We do know that he was born of a Hindu Brahmin unwed mother and abandoned at birth; or, nurtured by a childless Muslim weaver couple, Nima and Niru; or, a disciple of Ramananda; or, died in 1515, having given ‘birth’ to a sect that believed in a nirguna God.

The saguna tradition, which means `having qualities’ follows the general idea of unified deity. Saguna bhakti supposes that God should be worshipped in some anthropomorphous form of either Rama, or Krishna. Sri Vallabhacharya, the founder of the celebrated Pushti Marg community in Braj, was among the followers of this tradition. The poets of the astachap, namely Surdas, Vidyapati, Tulsidas, Mirabai, Narsi Mehta, the galaxy of Marathi varkari saints and the Bengali luminary Chaitanya were members of this community. The devotee here transformes himself either into the tenderly loving step-parents of the baby Krishna, or his beloved gopis, or Hanuman, the faithful friend and servant of Rama. Among the saints of nirguna [means devoid of qualities] bhakti were Kabir, Ravidas, Garibdas, Malukdas, Akho Bhagat, Charandas, Dadu Dayal and others.

The adherents of this tradition followed strict monotheism and believed that Rama, Krishna, or Allah were the names of the same God, understood by them as the Absolute, devoid of any visible form, or life story and, therefore, no temples, rituals and priests were needed to worship Him.

For the nirguna bhaktas like Kabir, the very form of traditional worship merited criticism. All external forms of religion, namely temples, images, professional priests and the sacred books in Sanskrit, or Arabic, just merited criticism.

If [you] say ‘Rama,’ will the world change?
If [you] say ‘sugar,’ will your mouth become sweet?
If [you] say ‘fire,’ will fire sparkle?
Will you quench your thirst by saying ‘water’?
Will you fill your stomach by saying ‘food’?
Living with a man, a parrot repeats the name of Hari,
Knowing nothing of Hari’s greatness, then he flies away to the forests and forgets.

Was Kabir a mystic, social reformer, activist, secularist or poet par excellence? Six hundred years after his birth, the saint’s contribution to religious literature and his message still continue to be evaluated and interpreted, while attempts are being made to appropriate him, customise him to serve the philosophy of a particular community as, for instance, Dr Dharamveer does in his book, Kabir Ek Alochak, stating that Kabir was a Dalit messiah and a protagonist of Dalit conscience.

Interestingly, Kabir continues to be popular in the age of saas-bahu soaps too; one realises having watched a play named Kabir, a two-hour mono act by Mumbai-based Shekhar Sen which having seen nearly 170 shows in India, also toured US cities. Accepted that Kabir’s life and works are popular, may be, in the confines of an auditorium, and forgotten as Hindus hate-attack Muslims in Ahmedabad and Muslim terrorists avenge the death of their fellow believers by placing bombs in Mumbai, or ‘kamikaze’ World Trade Center in New York [9/11].  When intolerance towards the other faith is witnessing lower depths, Kabir’s sublime message comes as a balm. Having sat through the two-hour long mono act this writer was compelled to self-introspect on issues like love of fellowmen, compassion for all beings, and the moral principles of good and noble livings — things that trouble all of us in times of communal disharmony.

There is no denying the fact that Kabir was product of his times — the medieval Indian society. While the Indian [read Hindu] society gave importance to caste preferring the individual’s religious approach, Muslims preached the collective religious experience bereft of any caste distinction. While the Hindus accepted that whatever the belief, if one’s character was pure despite one’s caste, that person was shresta, just as the Muslims believed that if one accepted what Islam preached one could attain jannat, the ultimate heaven; and those that didn’t were condemned to hell. If one were understand to Kabir, one has to look at this historical period in its especial context.

THE SAINT. HIS WORK

In such a scenario, we are left with no option but to understand Kabir as a person from his works. And, the image we acquire is that of a fun-loving person with a no hold’s bar attitude; a highly principled behaviour; clear of conscience; a quick wit; vulnerable in front of a true devotee; tender of heart; hard of the exterior; a terror to the pretentious; born an outcaste but praiseworthy for his achievements, scornful against those who ‘tried’ to reach God through theological studies, or philosophical contemplation.

According to Kabir, God appealed to the devotee, thus:

The Dahistan-I-Mazahib has a story on Kabir’s conversation with a woman who wanted to offer some flowers to an idol. Kabir told her, “In the leaves of the flowers the soul lives, and the idol to whom you offer flowers is without feeling, dead, without consciousness. So, the condition of the flower is superior to that of the stone.”

Kabir was first and foremost a religious teacher who spoke through his beejak [seed truth].

Surprisingly, every age has delved into his works and used them to their end. As he spoke through his beejak one ought to understand him as a poet, a litterateur first. In the history of Hindi literature one is unable to come across such an outstanding littérateur like Kabir, but for Tulsidas. Though both were bhaktas [devotees], they were different in their attitude, tradition and viewpoint. Kabir’s forte was satire. In fact, he was Hindi’s first and foremost sultan of satire. He revelled in pointing out the fallacies, exposing fake customs and rituals, teasing those who he disliked and emerged unrivalled in this regard. His contempt for the pandit and kazi, mullah and maulvi is legendary. His satire has the quality in which the ‘sayer’ says things with a smile, while the listener seethes with anger, lacking courage to reciprocate for fear s/he would make a fool of oneself. Consider this:

[Who knows how is your Lord? Inside the masjid the mullah shouts, is your Lord deaf? The Lord can hear even the sounds of payal, which the ant wears. The pandit puts up an asana reciting the beads of his mala. The Lord can even see that you’re wicked from inside].

Whatever Kabir uttered, it came from his experience. Naturally so, his sayings stung as just like the arrow while his sarcasm hurt.

In modern times those who believe in Hindu-Muslim unity have a tendency to swear by Kabir. And, rightly so, for other than Kabir no one has used such strong words to expose false beliefs. However, it would be fallacious to conclude that he was a messiah of Hindu-Muslim unity, for Kabir was much more than that.

Clarity of path and goal was Kabir’s mission, He made no compromises. For he was against all bad influences, orthodoxies, traditions, customs, and rituals that separated the devotee from God. In this, Kabir was a true revolutionary for he believed, no less, in the philosophy of every common man’s true worth and the position of the nirguna God. At times, he almost adopted the role of a social activist, as he announces:

[Standing in the marketplace Kabir wishes good for all. He is neither a friend nor has he quarreled]

[If you say the truth, people rush to beat you. You tell a lie you’re loved by all].

In fact, Kabir’s persona as a bhakta [devotee] is his real persona. Around this revolves his other actions. As devotion cannot be explained in words and can be realised only after having experienced it, Kabir took the recourse of quantifying its essence in beejak.  His belief in God was steadfast. He never fell into the trap of changing the society. For he may have realised that if one didn’t want to change, all attempts in this regard was deemed to fail. And, whether anyone listens to him, or not, Kabir goes on uttering: “Apni rah tu chale Kabira!’’

For a country like India, it’s natural and unavoidable to appeal to the historical and cultural traditions. It was ages ago the ideas that are now being utilised by communal forces were rejected and resisted by the best minds. If we still continue to fight over mandir and masjid, one is forced to ask: are we any way different from those who thought their faith was the purest, five centuries ago? Go figure.

← They Came First This Is India →