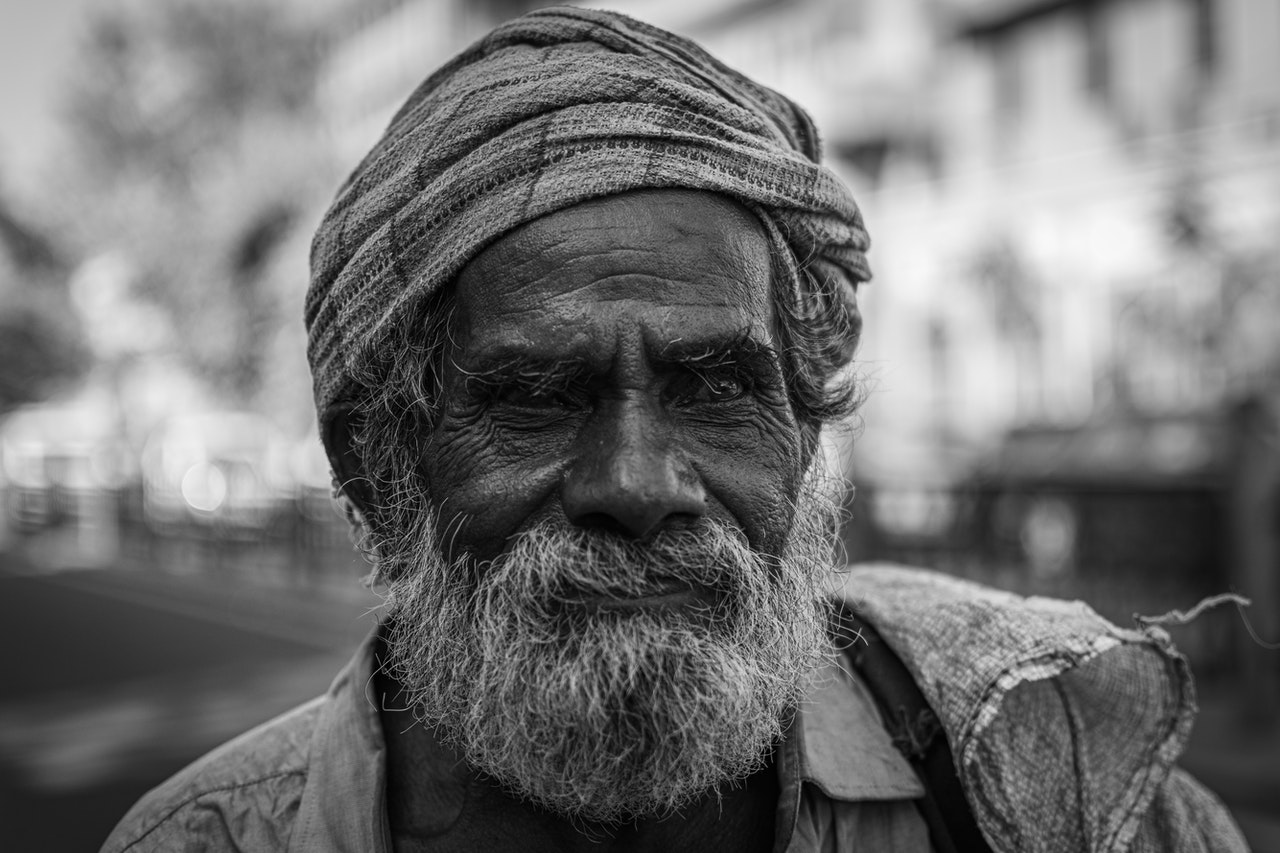 There are certain evils, in every society, that exist and perpetuate with time. And, in an effort to radically uproot such evils, a reign of brutal violence and terror is unleashed.

In India, the inequalities arising as a result of the caste system is one such abomination. We like to believe that we live in progressive times with a neo-liberal attitude to life. Yet the regressive concept of ‘pollution’ associated with caste makes its appearance in some form, or the other; we are still not immune to this ‘hierarchy’ with the Brahmins at the top and the so-called ‘untouchables’ at the bottom.

This system has been sanctified by the Vedas and for us, Indians [Hindus, in particular], every word from the holy texts is sacred and irrefutable: our skills of intellectual inquiry cannot supersede such sacrosanct scriptures. So, one wonders: can the ‘accident of birth’ be the sole determinant of our well-being for the entirety of our lives? Do personal attributes and cerebral capabilities not count? Then, why did god, who is considered to be the noblest of all, design a system which incessantly favours and privileges one group over the other? In fact, the concepts of ‘blind bias’ and ‘favouritism’ seem to be more of ‘human-like’ features than ‘god-like.’

Historical analysis shows us that the ‘caste-system’ originated with the idea of ‘division of labour.’ Consider this case, when you have to do a team-project, you allocate different responsibilities to different people, based on their interests and aptitudes, so that you can get the most desirable outcome in the least amount of time. Likewise, around 3,500 years ago, to organise the society most efficiently, we decided to assign duties according to personal capabilities: a person with strong leadership qualities and physical might would belong to the ‘Kshatriya’ [or, the warrior], while the one with exceptional skills in trading and business would be a part of the ‘merchant-community’ or the ‘Vaishya.’ The hierarchy came about based on what was regarded as the most important responsibility at that time. The more ‘impure’ a caste’s traditional occupation would be in terms of ritual law the lower would be its status.

However, over time, this hierarchy became rigid and exploitative. In the beginning, the peasants would willingly hand over their cultivated produce and land to the administrators and priests, but now the ‘warriors’ and the ‘Brahmins’ started to forcefully usurp land and money. With no flexibility to choose one’s professional trajectory, deep resentment arose in various communities. In the so-called progressive 21st century too, these retrograde notions continue to shape our lives, and for the worse, maybe.

The popular author, Amish, in his libertarian take on the Indian epic, Ramayana, argues that Ravana [the demon King of Lanka] was able to emerge as a strong leader solely because he symbolised a ‘messiah’ to the people who were tired of the poverty, exploitation and the fixed occupational structure associated with the caste system. Ravana began to be increasingly regarded as a ‘representation of the evil’ because his methods turned out to be extremely violent and involved retaliation with brutal force. It is for this reason that while Ravana is considered to be a symbol of evil in the North, he is ‘deified’ in the South of India, close to his Lankan home.

In an analogous scenario of recent times, the militant Naxalite movement, regarded by the government to be the ‘single greatest threat to India’s security,’ also started with a benevolent cause: to create an egalitarian society and fight for the lands of the poor peasants and tribal forest dwellers. Yet, they were guided by the Chinese leader Mao Zedong‘s ‘protracted people’s war’ ideology, advocating that the Indian lower class tribals and peasants supplant the government of the upper classes by force.

If a capitalistic system of constant repression and manipulation of the ‘less-empowered’ communities by the ‘privileged’ and ‘money-backed’ groups would have been actively curbed, and not encouraged, by the government, then such a violent armed-rebellion by the masses could have been prevented.

Set in this context, Sujatha Gidla’s book, Ants Among Elephants: An Untouchable Family and the Making of Modern India, gives us, the readers, a heartwarming and illuminating insight into a typical, yet extraordinary, family history of Telugu Dalits. She sensitises us to the various factors that influence one’s perspective, or approach, in life towards any social cause.

A sense of social ostracism, protracted periods of hunger, and depravity of financial resources constantly push their victims to use strong-arm tactics and brute force. One may question, as did Gidla’s uncle, K G Satyamurthy, or Satyam [a Dalit Naxalite leader and Telugu literary icon]: “If history is inevitably developing in the direction of a socialist society, why does one need to fight for it?” The concept of scientific socialism, perhaps, provides one appropriate, if not perfect, answer: “Even though the progress toward socialism was a natural evolution, every transition from one stage to another caused a lot of violence and disruption. The old privileged classes did not want to make way for a new class coming to power.”

Satyamurthy was inspired by the Chinese’s revisionism concept that criticised the Soviets for openly accepting the possibility of ‘peaceful co-existence’ between socialist states and imperialism and of a ‘peaceful transition to socialism’ in the capitalist countries. He believed that the Indian revolution had to follow the Chinese path. The toilers would never be able come to power by legal means such as elections. As Gidla writes, ‘His task was to assemble and train the cadres to build and lead an army of peasant guerillas whose aim would be to liberate the countryside village by village, driving off the landlords and gathering forces to ultimately encircle the cities and capture state power.’ Satyam’s idol was a revolutionary poet Sri Sri who wrote poems on the struggles of the oppressed and hope for a new, equitable social order. Satyamurthy hoped to combine the qualities of Sri Sri and Vladimir Lenin in himself. ‘Write like Sri Sri. Fight like Lenin. A pen and a gun.’

During pre-independence, the whites were believed to be the reason for all the woes plaguing the Indian society, and thus people from all walks of life were attracted to the independence movement. But Sujatha’s uncle Nathaniel remained sceptical: “If we drive the white devil out, the Hindu devils will massacre us.” And, this became apparent for Satyamurthy on the day of Independence [15th August 1947], when he was just a teenager. ‘Now that the common enemy was defeated, the differences between him and the other students came to the fore. He noticed he was not included in any of the performances.’ A strange question, asked by a short, chubby dark boy lingered on in his mind till his adult years: “Do you think this independence is for people like you and me?”

In the 1980s and 1990s, Satyamurthy was aghast by violence against the Dalits owing to the growing conflict between the landed castes and landless untouchables. So, Satyamurthy sought to organise untouchables and low-caste peasants in self-defence as the ‘revolutionary vanguard.’ Through his participation in this struggle against the oppression by the upper castes, he established himself as a leader of the untouchable masses of ‘undivided’ Andhra Pradesh.

Gidla’s uncle’s struggle is just one facet in the multi-dimensional and intricate portrayal of love, hardship and struggle of her mother, her uncles and their friends. Her book cogently shows their efforts to enmesh in this ‘complex web of social hierarchy,’ where caste and women’s oppression are characteristic features, what with their desperate attempts to achieving a decent standard of living.

This enlightening book certainly makes us realise that even the most wicked thing in this world has a genuine [sometimes, heart-rending] reason for its wickedness. It’s time we learned to be more receptive.