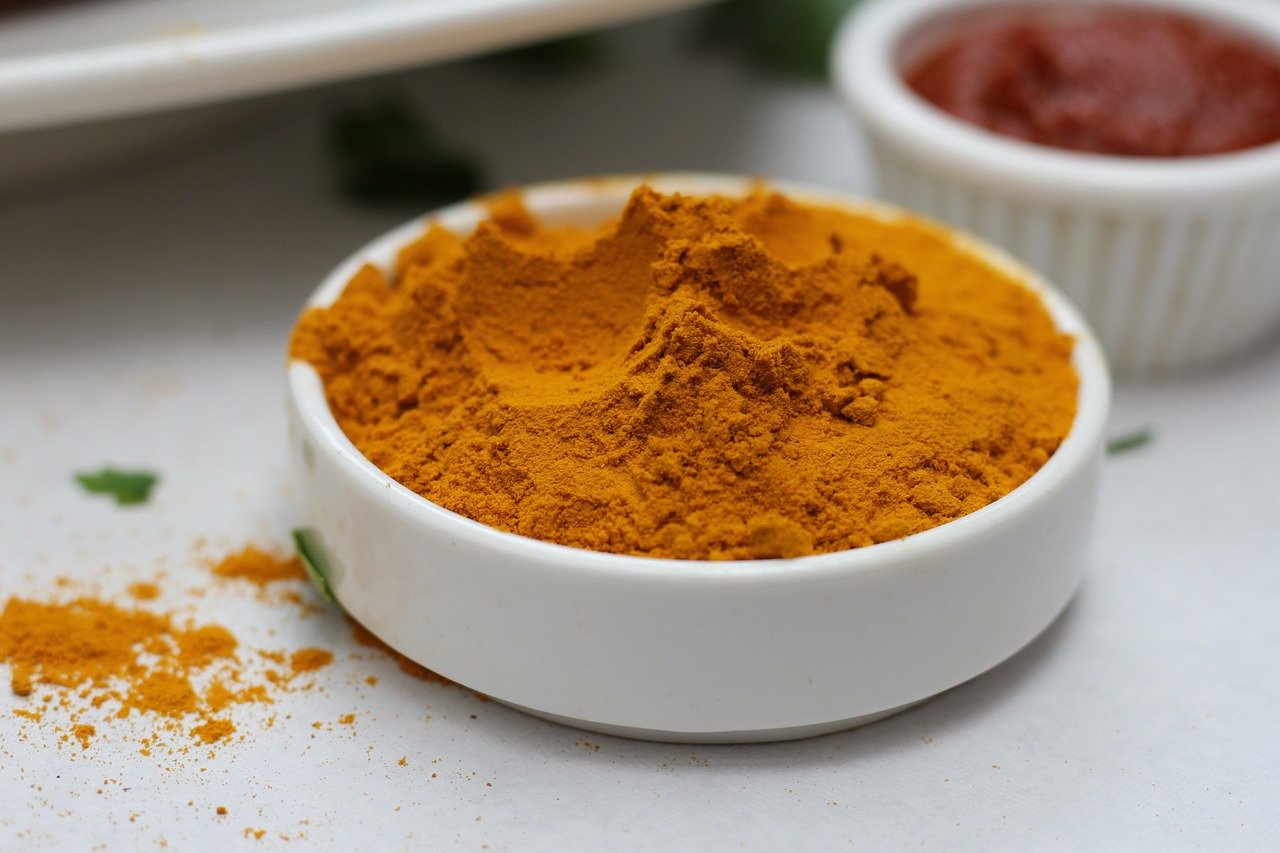 The Covid-19 storm has brought the good, old turmeric to the fore — as a potent immune-booster, and also as a possible preventative and therapeutic remedy no less.

Turmeric [Curcuma longa] has been used for ages in Ayurveda and Traditional Chinese Medicine [TCM] as an anti-inflammatory agent and digestive remedy. It has also been used in liver and skin disorders, including wound healing. Turmeric’s volatile oil acts like an external antibiotic, preventing bacterial infection in wounds. Studies suggest that turmeric hastens the wound healing process when applied as a topical agent.

The active ingredient in turmeric is curcumin — which stimulates the production of bile, while promoting the ‘emptying’ of the gallbladder. Curcumin, from turmeric, as well as other substances in the herb, have pain-relieving and antioxidant properties, primarily because of its high content of vitamins C and E — two celebrated antioxidants.

Curcumin is the colouring principle of turmeric — it is the element that gives the herb its yellow hue. Aside from being the most important component of turmeric, curcumin is responsible for the herb’s anti-inflammatory and antiviral effects. Research suggests that curcumin, like cayenne, another medicinal spice found in chillies, depletes substance P, the pain receptor and neurotransmitter, in the nerve endings [nociceptors]. Research also suggests that curcumin and its related compounds suppress pain through a mechanism similar to conventional coxib-2 inhibitors — the ‘new’ class of non-steroidal anti-inflammatory drugs [NSAIDs].

Turmeric, or cucumin, which is being used interchangeably in this article, has been used externally as a beauty aid and poultice for sprains and sore joints — as also osteoarthritis [OA] and other inflammatory conditions — since ancient times. Inflammation is the body’s response to irritation, injury, or infection. It usually presents with pain, redness, and swelling in the area of damage. It can arise within the body tissues as well as on the surface of the skin.

In India, turmeric is popularly known as haldi. Ayurveda physicians testify the use of turmeric powder not just in arthritis, liver disorders, loss of appetite, cough, colds, flu and sinusitis, but also in diabetes and diabetic wounds. Turmeric is recommended extensively in the treatment of swellings caused by injury too.

Curcumin protects the gastric mucosa against irritants, aside from being a potent pain remedy. In one study, Fan Zhang and colleagues from Cornell University, US, bared gastrointestinal [GI] cells to two known tumour promoters — bile acids or phorbol, a cancer-causing alcohol. The study found curcumin’s coxib-2 action was accompanied by a ten-fold increase in the fusion of inflammation-causing prostaglandins, a group of lipids that appear at sites of tissue damage, or infection, involved in dealing with injury and illness. They also control processes such as inflammation, blood flow, formation of blood clots and the induction of labour. This is a shot in the arm — and, evidence enough why ancient wisdom is timeless, quantifiable and replicable.

Other studies have reported the efficacy of the oil extracts from Curcumin longa against malarial parasites — this makes it a potential natural remedy in the treatment of certain dreadful ‘mosquito-triggered’ illnesses too, including dengue. Not surprisingly, a combination of the volatile oils of turmeric, citronella, and holy basil, with the addition of vanillin — an extract of vanilla bean, used as a flavouring agent — is reported to be a useful alternative to commercially available mosquito repellents.

The oil extracted from turmeric [curcuma oil] has been successfully tested against cultures of Staphylococcus albus and Staphylococcus aureus — bacteria that cause a multitude of diseases. Research has also highlighted the activity of turmeric fractions against some intestinal bacteria in vitro; the results have been encouraging. While the use of the whole herb, it is said, showed better results over extracts used, certain laboratory studies suggest that curcuminoids, or curcumin-like substances, in the herb, may diminish the unfavourable effects of certain parasites, including roundworms.

A potent turmeric anti-venom has been tested against snakebite — the ingredient neutralised both the haemorrhagic [bleeding] activity and toxic effects of venom in mice. The study also found that the ingredient [ar-turmerone] was capable of abolishing the bleeding activity of Bothrops venom and some of the poisonous effects of Crotalus venom too. Some clinicians suggest that ar-turmerone could be used as a potent enzymatic inhibitor in venom enzymes and with good effect too.

The administration of curcumin powder in respiratory diseases — especially asthma — is evidenced to provide relief in breathlessness, cough, etc., or the physical signs of respiratory distress. This is a classical sequel to Covid-19 too. Studies also indicate strongly that patients with rheumatoid arthritis [RA] treated with the herb found substantial improvement too.

Scientific studies and laboratory research suggest that turmeric is equally useful in the following conditions: tummy upset, gas problems, abdominal colic, including cramps, as also obesity, as it helps to breakdown fat, or treat inflammation [gastritis] of the intestinal walls, or ulcers caused by certain medications [pain-killers], including benign prostatic hypertrophy [BPH]. According to a new study, curcumin may also help reduce tumour growth in prostate cancer patients receiving androgen deprivation therapy [ADT]. Most important, turmeric is suggested to reduce emotional and physical stress, including the bad effects of alcohol.

Early studies show that turmeric may be useful in preventing the build-up of atherosclerosis, or the hardening of the arteries, a trigger for heart disease and heart attack. Research has also demonstrated that an extract of turmeric lowered cholesterol levels and inhibited the oxidation of LDL, or ‘bad,’ cholesterol. It is reported that turmeric may prevent platelet build-up and arterial blockages too. Clinical studies have also shown that curcumin has a protective effect on the liver, with its anti-tumour action, including the ability to decrease inflammation and fight infections.

Laboratory and animal studies suggest that curcumin has the potential to prevent and treat various forms of cancer: colon, prostate, breast, and skin. As a matter of fact, there has been a substantial amount of research on turmeric’s anti-cancer potential; the results are promising. In one clinical study, researchers examined the pain-relieving properties of curcumin and/or whether it could suppress coxib-2 expression in human colon cancer cells. After exposing colon cancer cells to curcumin, they found the compound not only subdued cell growth, but also downgraded the expression of coxib-2 on the basis of a time- and dose-formatted chart. In addition, research observes that curcumin appeared to be a safe, natural coxib-2 inhibitor in human patients.

A study on a group of people with uveitis [inflammation of the uveal tract: iris, ciliary body, and choroids], and the retina, suggests that curcumin may be as effective as corticosteroids — a medication usually prescribed for such eye disorders. Inflammation of the uvea, which is supplied with several blood vessels, can affect the cornea, the retina, the sclera, and other important parts of the eye.

Turmeric is available in natural and commercial forms, such as capsules [containing powder], fluid extracts, and tincture. It may be mentioned that most turmeric products are formulated with bromelain, a natural enzyme derived from pineapple. Bromelain is said to enhance the absorption and anti-inflammatory effects of curcumin — the best studied, and the most famous, active ingredient of turmeric.

Turmeric is relatively safe. However, its excessive use may produce tummy upsets and, in extreme cases, ulcers. Hence, the herb should not be taken by individuals, or patients, who have been diagnosed with gallstones, or have obstruction of the bile passages. Pregnant women may take turmeric in food; but, they need to exercise caution while taking medications, or supplements, prepared from the herb. Turmeric should also be avoided by individuals who are on blood-thinning medications, like aspirin or warfarin, or prior to surgery, because the former is reported to increase the latter’s blood-thinning effects — and, therefore, bleeding.

The silver-lining, on the other hand, is turmeric has optimal stomach-protecting properties in individuals, or patients, on NSAIDs, including reserpine, a medication used for high blood pressure.

— To read more on the topic, visit: ‘The Curcumin Advantage in Viral Infections’