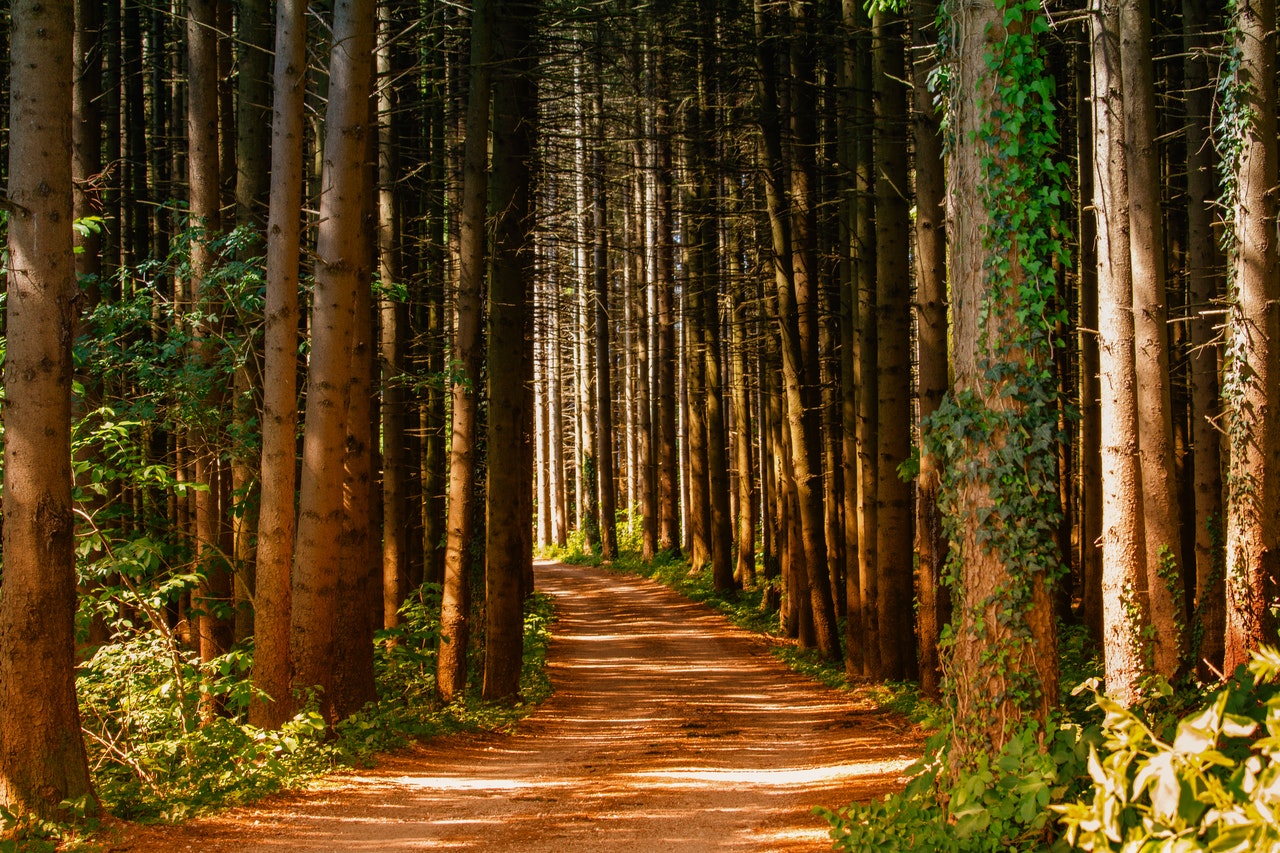 In our foundational biology lessons in school, we are introduced to plant physiology. On an average, therefore, all of us are aware of the fact that green plants photosynthesise to sustain themselves and carry out specific biological processes to maintain their metabolic balance. But, does this way of looking at plant life provide us with a ‘bespoke connection’ with ‘plant society’? Do we start to have a ‘humanistic view’ into their lives? Do we ‘feel’ for them analogous to how we ‘feel’ for fellow human beings burdened with conundrums? Do we have that ‘oneness’ and ‘feelings of belonging’ with Mother Nature?

Or, do trees have a ‘social life’ and are they also a part of a ‘vibrant community’ which has remarkable ways of sustaining the ecosystem and specific underlying mannerisms that are expected out of the ‘members of society’? The German forester Peter Wohlleben, in his best-selling book The Hidden Life of Trees, addresses such intriguing questions in the most riveting manner and in a manner born. He supports his arguments with concrete scientific evidence which redefine the reader’s perspective on ‘our tree community,’ with a special emphasis on ‘Spruce & Co’ that thrive in the Eiffel Mountains near Germany’s border with Belgium — where the author also carries out his rigorous analysis and observation.

‘Wood Wide Web’ is an interesting term coined by Nature for Professor Suzanne Simard’s discovery of an intricate network of soil fungi pervading our forests. This ‘forest internet’ is the most important means by which trees stay connected to each other in “an intimate network that allows the sharing of an enormous amount of information and goods.” The fungi have a ‘symbiotic association’ with the tree. In exchange for the food that the tree provides, the fungi render a few complimentary benefits to the tree, such as filtering out heavy metals that may adversely affect the tree’s roots, and providing medical services by protecting it against all intruders including bacteria and destructive fellow fungi. These are the add-on benefits that the fungi provide over the essential function of helping the trees to stay in contact with each other.

The reason trees share food and communicate is that they require each other to create an atmosphere suitable for tree growth and sustenance. Consequently, isolated trees tend to have far shorter lives than trees growing in a connected web. Wohlleben says that the saddest plants of all are those we have enslaved in our agricultural systems; they seem to have lost the ability to communicate and are, thus, rendered deaf and dumb. As a result, they become an easy prey for insect pests. The author also rightly points out that: “Perhaps farmers can learn from the forests and breed a little more wildness back into their grain and potatoes so that they’ll be more talkative in the future.” 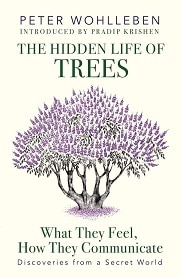 In the forest, there are specific guidelines that lay down the ideal appearance for ‘members of ancient forests’ and certain norms and standards of ‘beauty’ which all kinds of trees are expected to follow in order to ensure the ‘stability of their species.’ A well-behaved deciduous tree has a ‘ramrod-straight trunk with a regular, orderly arrangement of wood fibres.’ Similarly, ‘obedient conifers’ must have top-most branches that are horizontal or bent slightly downwards.

Any weak spot in the tree may cause it to crack and break off completely. Evenly formed trees are able to withstand great forces and redirect and redistribute them uniformly throughout their structure. If trees do not abide by the rules in their ‘etiquette manual,’ they may find it difficult to survive in the long-run.

Most often, deciduous trees look out for opportunities to grab more light, but most conifers strictly refuse to get ‘distracted’. They promise to grow straight up in a vertical direction to ensure that their trunk is perfectly formed and stable. Only the pine has the tendency to ‘greedily’ direct itself towards light. It is for this reason that pine is the conifer with the highest rate of breakage because of snow. Well, being lured by ‘distractions’ has negative consequences for the ‘tree community’ as well.

This reminds this writer of a quote, which is applicable to us — human beings — too: “Starve your distractions; feed your focus.”

How does water move against gravity to make its way up from the soil to the tree’s leaves? The most common and obvious answers that we may come up with [based on our prior knowledge and understanding of this subject] are capillary action, transpiration, and osmosis. These are the exact reasons that I had learnt in my high school science classes.

But, is it really so? There are certain scientifically proven facts that must be kept in mind while considering this question. First, in even the narrowest of vessels, the maximum rise of water due to capillary action can be at most 3-feet [which is not a significant height in trees]. Second, the process of transpiration or ‘constant exhalation of water vapour’ by leaves and needles creates suction, and suction only works when the columns of water are continuous. Third, osmosis occurs only when the concentration of sugar in one cell is higher than that in the neighbouring cell. This enables water to move upwards from one cell to the other. Fourth, water pressure is highest in trees just before the leaves open up in the spring.

Now consider the case of early spring in the north-eastern US and Canada. Due to the upward flow of water, people are able to harvest syrup from sugar maples. At this time of the year, there are no leaves on deciduous trees, so transpiration is not possible, and capillary action cannot be the prime contributor as the 3-feet rise is small as per the ‘tree-scale.’ However, at exactly this time, the trunk is extremely full. This implies that only osmosis is left as an option, which also seems improbable because osmosis works only in the leaves and roots, not in the trunk that consists of long, continuous tubes for transporting water [instead of cells attached to one another]. In this way, all our previously stated reasons for the phenomenon are eliminated. But, then how does this process still occur?

In recent times, by means of extensive experiments, scientists have registered a ‘soft murmur’ in the trees at night: a time when most of the water stored in the trunk remains nearly motionless in the inner tubes and nothing flows. But, the question again arises: where are these sounds coming from? Research suggests that they could be due to tiny bubbles of carbon dioxide in the narrow water-filled tubes. Wohlleben aptly questions the basis of this claim by contradicting it. He says, “[That] means the supposedly continuous column of water is interrupted thousands of times [by carbon dioxide air bubbles]. And, if that is the case, transpiration, cohesion, capillary action contribute very little to water transport,” which further eliminates the second aforementioned fact. Well, many questions remain unanswered. In the author’s words: “Perhaps we are poorer for having lost a possible explanation or richer for having gained a mystery. But aren’t both possibilities equally intriguing?”

BEYOND A MERE COMMODITY

For a few decades, we have been extending rights to animals to ensure that they are no longer regarded as mere objects; instead, are given humane treatment. Likewise, we need to ask ourselves whether we use the forests only to satisfy our needs, or do we also think about the unnecessary suffering that the trees endure? This brings us to the conclusion, that, “It is okay to use wood as long as trees are allowed to fulfil their social needs, to grow in a true forest environment on undisturbed ground, and to pass their knowledge on to the next generation. And at least some of them should be allowed to grow old with dignity and finally die a natural death.”

A snippet from the book gives us a fitting takeaway. “When the capabilities of vegetative beings become known, and their emotional lives and needs are recognised, then the way we treat plants will gradually change as well. Forests are not first and foremost lumber factories and warehouses for raw material, and only secondarily complex habitats for thousands of species, which is the way modern forestry currently treats them. Completely the opposite — in fact.”