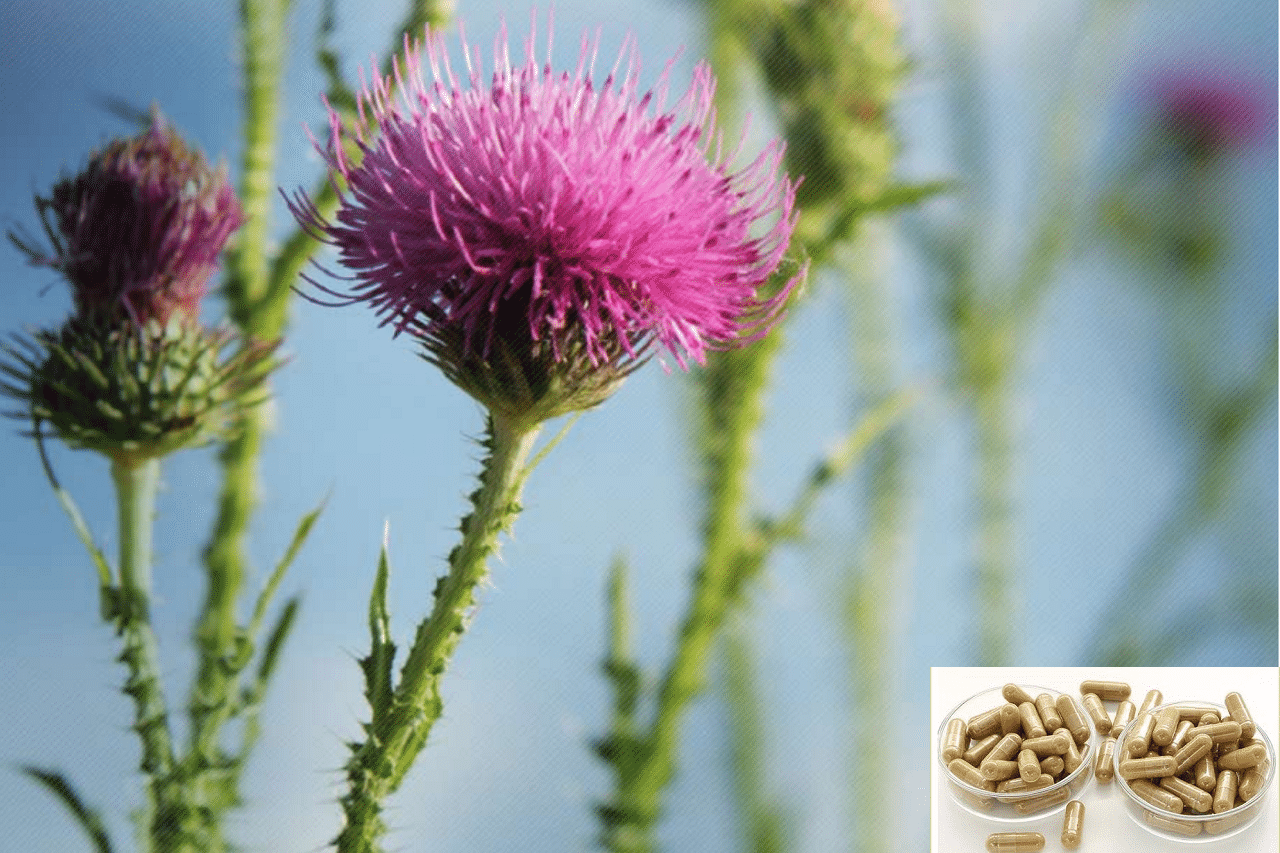 When Jeff Walker, a sixteen-year-old with mononucleosis, came to see me, he was completely exhausted, and his liver enzymes were alarmingly elevated. He’d been bedridden for three weeks, and his doctor had advised him to take off the last semester of high school, which meant delaying his entrance to Yale University in the fall.

Needless to say, Jeff was crushed. After three weeks on silymarin — a natural compound derived from milk thistle — his liver enzymes returned to normal, and he felt well enough to return to school. This was one of the most dramatic cases of recovery from mononucleosis I had ever seen. I told Jeff to stay on silymarin for another few months to continue offering protection for his liver.

It was a clear example in action of silymarin’s ability to protect the liver from free radical damage and to help it regenerate. As I mentioned, silymarin has been used to treat both acute and chronic viral hepatitis — hepatitis can be a complication of mononucleosis. If a patient comes in to me with a long list of health problems, especially skin disorders, allergies, fatigue, or frequent infections, I immediately suspect liver dysfunction. That’s because this organ is so crucial in boosting immunity and combating infection related to toxins invading the body. External conditions, like acne, might mask an internal hormone imbalance. It may also be that hormones are not being broken down properly by the liver, so they can be excreted.

Marissa Canderra was one such case. A thirty-five-year-old restaurateur who had suffered for many years from digestive problems, she’d been diagnosed with giardia, a parasite that is asymptomatic in some people, but can cause disabling discomfort in others. Though she had taken several rounds of the antibiotic, metronidazole, the infection kept returning. She also suffered from fatigue, acne, insomnia, and herpes breakouts. I knew that milk thistle would help her, not only because her liver was surely overloaded, but also because the herb is anti-inflammatory and useful in conditions, like acne and herpes breakouts. A British study showed that the active ingredient in the herb is a potent inhibitor of inflammation.

Detoxification was the first key to improving Marissa’s health. First, I placed her on a modified fast that used a powdered rice drink, rice, and vegetables. I suggested she eat organic foods that weren’t laced with pesticides, and I took her off her herpes medication. Instead, I prescribed lysine, an amino acid that has been shown to inhibit the herpes virus. I added herbs that are antiparasitic, including hydrastis [goldenseal] and Artemesia annua.

My intention was to give her liver and digestive system a rest. When I tested Marissa for food allergies, I found she was sensitive to both chicken and wheat. Her allergic response to these foods meant that her body was producing inflammatory compounds that needed to be detoxified by the liver. This is where silymarin came to the rescue. The liver can be damaged by the action of potent inflammatory compounds called leukotrienes. Silymarin is a powerful inhibitor of the enzyme that allows leukotrienes to be formed. Liver toxicity, like heart disease, may take years before it is apparent.

Milk thistle can protect against chemical poisoning. The results are profound in the case of alcoholism, a disease that can ravage and destroy the liver. Even in livers that are severely scarred and cirrhotic, silymarin is beneficial. It can extend the life span of such patients. In a two-year study of 170 patients with cirrhosis, eighty-seven patients — forty-six of whom were alcoholic — received milk thistle extract. Another eighty-three received placebo. After an average of three years, eighteen of the milk thistle group had died of liver disease, while thirty-one of the placebo group had died of liver disease.

Silymarin protects against chemical poisoning in the workplace as well. In one study of 200 workers exposed to the toxic compound toluene for up to twenty years, silymarin had amazing benefits. Forty-nine of the workers, or almost one-quarter, showed abnormal liver function tests, as well as abnormal blood cells. Thirty of those forty-nine were treated with milk thistle. All their tests improved significantly. This shows, that, even after decades of abuse, silymarin can help the liver restore itself.