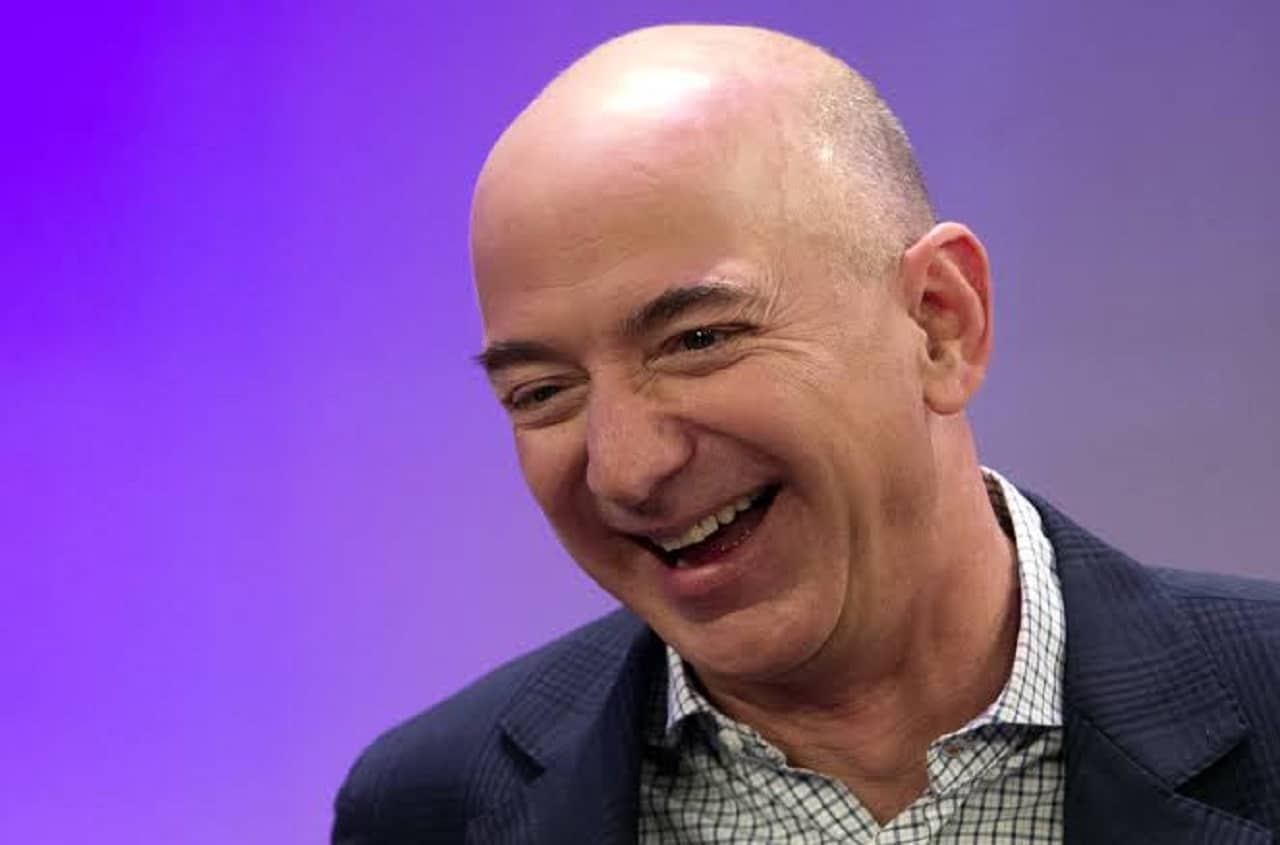 A year ago, there was only one person in the world whose fortune clocked in at over [US]$100 billion. At the time when Jeff Bezos reached that plateau, most people felt that because it was so exceptional, the English language didn’t need a specific word to describe that category of person.

Now, Bloomberg informs us that the world boasts three ‘centibillionaires.’ This means that the pressure on the language and our money-obsessed culture has increased to the point of requiring the invention of a new word to enhance everyone’s vocabulary and keep up with the times.

In an article from December 2019 with the title, “World’s Richest Gain $1.2 Trillion in 2019 as Jeff Bezos Retains Crown,” Bloomberg called the horse race and announced the surprising winner. At the time of publication of that article, it turned out that, for once, the winner was not a US citizen. The authors of the article, Tom Metcalf and Jack Witzig, wrote: “Leading the 2019 gains was France’s Bernard Arnault, who added $36.5 billion as he rose on the Bloomberg index to become the world’s third-richest person, and one of three centibillionaires — those with a net worth of at least $100 billion.”

Centibillionaire. A desperately required neologism that allows ordinary people to appreciate the magnitude of some individuals’ fortune so as to be in a position to pity those who are mere billionaires.

The surest way we have found to spot an untracked neologism is to type it in a Microsoft Word document and see whether the spell checker underlines it. For the moment, Word hasn’t caught up with the global economy. But Bloomberg didn’t invent the word. The website The Gazette had already begun using the term back in June 2019 when it published an article with the title, The Dawn of the Centibillionaire: Three people worth more than $100 billion — each.” The Gazette was among the first to realize that the club already included three members.

The Gazette had been paying attention to a local race between ordinary billionaires in Emmanuel Macron’s France, which now proudly boasts some of the world’s top performers in the billionaire class. By the end of the year, the local crown had been placed on LVMH’s CEO Bernard Arnault’s head. For a brief moment at the end of last year, he surpassed Bezos, who was understandably handicapped by the removal of $37 billion due to his divorce settlement. Having weathered the tempest, Bezos has now retaken the lead.

The American centibillionaires — Jeff Bezos and Bill Gates — have seen their fortunes balloon thanks to the inexorable spread of technology and their securing of a virtual monopolistic position. In contrast, French billionaires tend to emerge from the domain of luxury goods. This makes sense since Bloomberg estimates the increase in the wealth of the 500 richest people in the world for the year 2019 at $1.2 trillion. That means all the nouveaux mega-riches across the globe will be stocking up on the super-expensive products those French billionaires are offering them.

The website Observer added this explanation of the success of the French: “[T]hanks to a bizarre shift in consumer trends in recent years, the appetite for luxury is going increasingly mainstream.” Some may see this as proof of the validity of trickle-down economics. But it’s really evidence of a marketing strategy that should perhaps be called trickle-down cultural symbolism. Purchasing the brands associated with the elite permits the high end of the middle classes — those with disposable income and the aspiration to be seen, at least potentially, as part of the elite — to buy into the fashion culture of the elite. These people can afford a Hermès handbag or a Dior perfume, maybe even a Rolex, though they may not yet be ready to drive an Aston Martin, Lamborghini or Bentley.

Bloomberg has invented an apt euphemism for the entire generation of new billionaires: “atypical fortunes.” This leads us to speculate about what “typical fortunes” might be. Here’s how Bloomberg describes it: “The emergence of atypical fortunes underscores just how much money the uber-rich accumulated in 2019.” The contrast between typical and atypical becomes clearer when we consider this fact — that in a single year, the atypicals added $1.2 trillion to reach a total of $5.9 trillion, “boosting their collective net worth 25 percent.” In contrast with the “atypical” fortunes of centibillionaires, typical fortunes fall into two classes. The first is composed of multi-millionaires or not quite billionaires whose fortunes typically grow at about 10 percent per year. The second is the class of fortunes measured in the billions or tens of billions. According to Oxfam, the fortunes of billionaires, as a class [including the atypicals], “increased by 12 percent last year — or $2.5 billion a day,” which is half the rate of the atypicals.

The explosion of billionaire mathematics and the bloating of the biggest fortunes define a trend that has been accelerating ever since the financial crisis of 2008. Quantitative easing and negative interest rates have been major factors contributing to it. Interviewed at the World Economic Forum at Davos, US President Donald Trump recently complained that the US Federal Reserve was unwilling to push for negative interest rates, which he saw as the key to getting the economy to grow. Negative interest rates are designed to serve those who have money, making it possible for them to borrow money on extremely favorable terms, which they typically use to accumulate assets and even lock up markets.

At the same time as billionaires increased their wealth at a rate of $2.5 billion a day, Oxfam points out that “the 3.8 billion people who make up the poorest half of humanity saw their wealth decline by 11 percent.” However you analyze it, there is a transfer of wealth from both the middle class and the poor to the wealthy.

With a population of 7.53 billion human beings, the world now boasts three centibillionaires. There’s even talk of a fourth possibly making an appearance: Elon Musk. Worth only in the low $20 billion, for the past few years, the apparent commercial success of Tesla as the year 2020 begins means that not only is his current net worth estimated at around $34 billion, up 30 percent in just a couple of months, but earlier last year his board proposed a compensation package for the CEO that could reach $55 billion. This would bring Musk within touching distance of being the next centibillionaire. Like colonies on Mars, in Musk’s mind, it must be something to aim for.

Human history has entered a new period: the age of the centibillionaires. How much power will they have? For the moment, nobody knows. Two ordinary billionaires, like the current US president but this time on the Democratic side, are angling to rule over the White House and the 50 states. Mark Zuckerberg has made noises about running for president, but he may have compromised whatever political capital he once had.

Jeff Bezos recently tried to use his commercial and financial clout to influence the politics of Indian Prime Minister Narendra Modi. He failed miserably. Will he do better next time? Must Bezos wait for the shine of Modi’s recent re-election to fade, which is already happening as chaos returns to the ungovernable nation, the world’s first billionaire democracy [in people]?

Or rather, as an elite that sometimes comes together to celebrate its eliteness, will the billionaire class and its acolytes simply be content to control things in the background and find ways of staying out of the headlines? It’s what has kept them going up to now. It may be even more necessary for their survival and continued prosperity to shy away from the footlights in the future.

PS: In the age of Oscar Wilde and Mark Twain, another American wit, the journalist Ambrose Bierce, produced a series of satirical definitions of commonly used terms, throwing light on their hidden meanings in real discourse. Bierce eventually collected and published them as a book, The Devil’s Dictionary, in 1911. We have shamelessly appropriated his title in the interest of continuing his wholesome pedagogical effort to enlighten generations of readers of the news.

About the Author: Peter Isackson is an author, media producer and chief visionary officer of Fair Observer Training Academy. Educated at UCLA and Oxford University, he settled in France and has worked in electronic publishing — pioneering new methods, tools and content for learning in a connected world. For more than 30 years, he has dedicated himself to innovative publishing, coaching, training of trainers and developing collaborative methods in the field of learning. He has authored, produced and published numerous innovative multimedia and e-learning products and partnered with major organizations such as the BBC, Heinemann and Macmillan. He has published books and articles in a variety of journals on culture, learning, language and politics. He is the chief strategy officer at Fair Observer and the creator of the regular feature, The Daily Devil’s Dictionary.