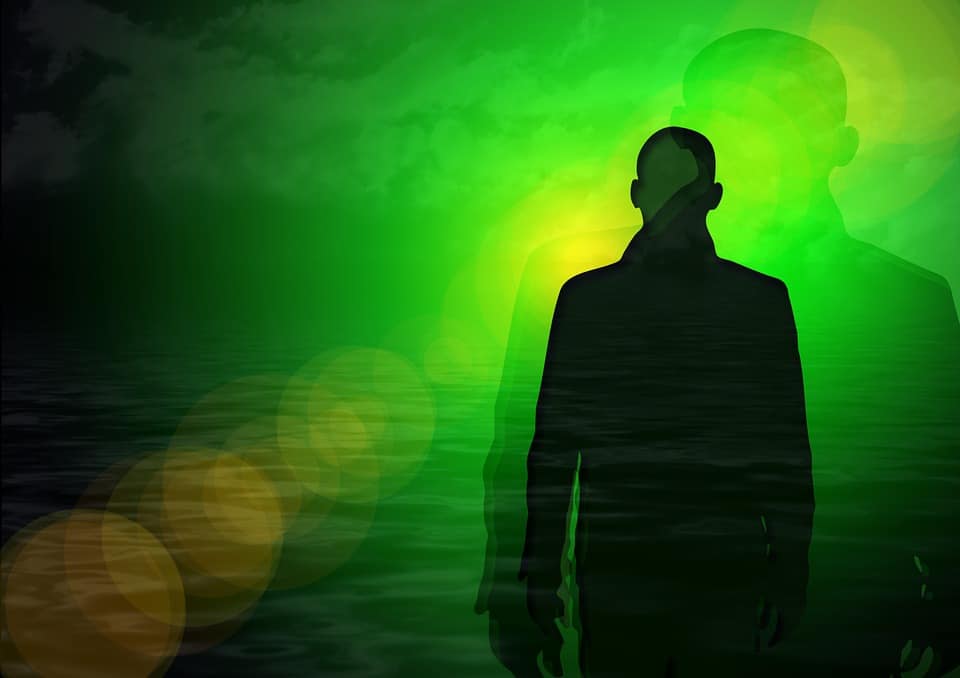 The Katha Upanishad tells the story of Vajasrava, a Brahmin, performing the Viswajit ritual. He is supposed to give away all his valued possessions during the ritual. His young son, Nachiketa, observes that his father has violated the rules of the ritual by giving away only cows that are incapable of reproduction, or are too old. To draw his father’s attention, Nachiketa asks him, “Who will you give me to?” The father ignores the salvo, but the boy persists. Ultimately, in a fit of rage, the father says, “I’ll give you away to Death.”

Nachiketa believes that he has to fulfil his father’s wish and so he reaches the abode of Yama, the Lord of Death. Yama is away and the boy waits for him at his doorstep for three days. When Yama returns, he finds the boy waiting for him, full of sincerity, without food or water. He feels apologetic for not being able to extend hospitality to his guest.

In order to compensate for the lapse, Yama grants Nachiketa three boons. Nachiketa requests his father be freed of anger towards him. He also wishes to know the details of the last rites that would ensure one to reach Heaven. Yama grants the two wishes. Nachiketa now asks for the third. He says, “When a man dies, there is a doubt. Some say, ‘It exists’ and some say, ‘It doesn’t.’ I would like know about it from you, because I can’t find a better teacher than you.”

Yama instructs Nachiketa on what he wishes to know about Death. He teaches him the way to eternal peace and liberation in this very life itself.

Since Nachiketa has already asked for the ritual that grants one a place in Heaven, he doesn’t doubt the survival of the past — i.e., after the loss of one’s physical body. What he asks is for more information on the entity that exists beyond death.

There are a host of doctrines that concern the self, or the soul. These have been put forth and elucidated by different traditions. Writes Ninian Smart in his book, Dimensions of the Sacred, “[A] principle variation in conceptions of the self in the Indian tradition is that of a single atman. Tat tvam asi could be taken literally as: ‘If the soul is Brahman, the one divine being, then there is, of course, only one soul.’”

A great body of literature and belief has been built in all the cultures of the world about the soul that remains after physical death. Some believe in more than one soul for each being. In China, it was popularly believed that a man had two souls. One of the souls, usually considered the superior one, made the journey in dreams and entered other bodies, while the inferior soul sustained the body for a short duration.

The Harvard Journal of Asiatic Studies carried a study, O Soul, Come Back, in changing conceptions of the soul and after-life in China. It mentions how a theory of the soul was created in China, 4,000 years ago. According to the theory, conception created a soul called ‘Po.’ This expression was generally used to denote ‘watch over’ or ‘oversee.’ It could be lost when death was delayed, but it was just as essential for normal existence.

The Chinese also believed a second soul came into being some time after birth. It was called ‘Hun.’ This related to the higher realm of a person’s spiritual life. The Hun soul, some believed, was capable of leaving the physical body temporarily under certain conditions. Both Hun and Po, it was suggested, leave the body after its death. The common belief was: while Hun rose into the air, Po remained close to the lifeless body. Hence, the thought — that there was more than one soul.

The Chinese weren’t the only ones to believe in multiple souls for the same being. The Romans too believed in two souls — one passed on to descendants, while the other joined ancestral spirits.

Writes Alfred Weidman, an Egyptologist, in his in-depth study, The Religion of the Ancient Egyptians, “The Egyptians believed that a man had at least eight immortal ‘parts.’ These supposed entities are obviously very similar in function. Several personify almost the same idea and it would seem that in these cases we have to do with different conceptions of an immortal soul which had arisen in separate places and prehistoric times, and were ultimately combined into one doctrine, [what with] the Egyptians not daring to set aside for the fear that it should prove to be the ‘true one.’”

The Lamba of erstwhile Rhodesia [now Zimbabwe] believed that it was not the entire soul which was born in another body, but an afflatus from it. The soul was still propitiated after a child bearing the same name was reborn. The Baila too believed that the ancestor whose soul was reincarnated in a man became, at the same time, his guardian spirit.

The Temi of Papua New Guinea believed that we have a ‘long soul’ and a ‘short soul.”’ The long soul goes to a village on the North Coast, and the short soul goes underground with the body. Closer home, the Nagas hold the belief that there are three souls, one of which goes to the world of the dead, while the others reappear as a hawk.

According to the Apapocuva, a Tupi-Guarani tribe from southern Brazil, every child receives a soul which descends from one of the three celestial regions — East, Zenith, and West — where it pre-existed besides a deity [Our Mother in the East, Our Elder Brother at the Zenith, and Tupan, the younger twin brother in the West]. After death, the soul goes back to its place of origin. It is this soul, called the ‘plant-soul,’ that establishes the connection with the superior, or the divine world. Sometime after birth, the child receives a second soul, the ‘animal soul,’ which will determine its character. A person’s temperament is decided upon by the species present in the animal soul.

The Menominee Indian tribe of Wisconsin, US, believed that there was one soul for the head and another for the heart. The former lingered around the graveyard and received various offerings; the latter travelled to the realm of the spirits only after battling various temptations of food and drink and winning over it. The Iroquois Indians, as also the Algonquians in Quebec, Canada, believed that we have two souls. One remains with the body; the other goes to the higher realm. The Dakotans believed that a man had four spirits. For Eskimos, we all encompass of three spirits.

The followers of Jewish mysticism, or Qabbala, believed that the basic conception of the soul is through the spirit of Nefesh, which enters us during birth. However, beyond this are two further forces, developed through self-control and study. The Ruah is developed through ethical practice and the Neshamah through the study of the Torah, or leading the higher life in the divine world. The teachings of Luria, a part of Qabbala, also refers to the idea of reincarnation in the way that meant more opportunities for the souls to collect divine sparks — so they could return to the Divine.

Every faith in the world — one soul, two, three or multiples, or whatever — believes in a soul that attaches sacredness to it.

The Rig Veda describes beautifully the relationship between the soul and the body, the Paramatma, or the Supreme Soul, and the Jivatma, or the individual soul. It says, “The two birds, always united, of the same name [Atma] live on the same tree [the human body]. One of them enjoys the sweet fruit of the tree; the other looks on as witness, needing no food at all.” It also notes, “Dwelling on the same tree with the Supreme Soul, the deluded individual soul is sometimes grieved by the want of power. But, when it perceives the Brahman in his full glory, he gets wiser and shakes off both virtue and vice, becoming untainted, and obtains the highest identity.”

This defines, quite subtly, and also elegantly, the relationship between our souls, or 2-3 different ‘parts’ of one soul, the cause of their alienation, and the process of their ultimate union.