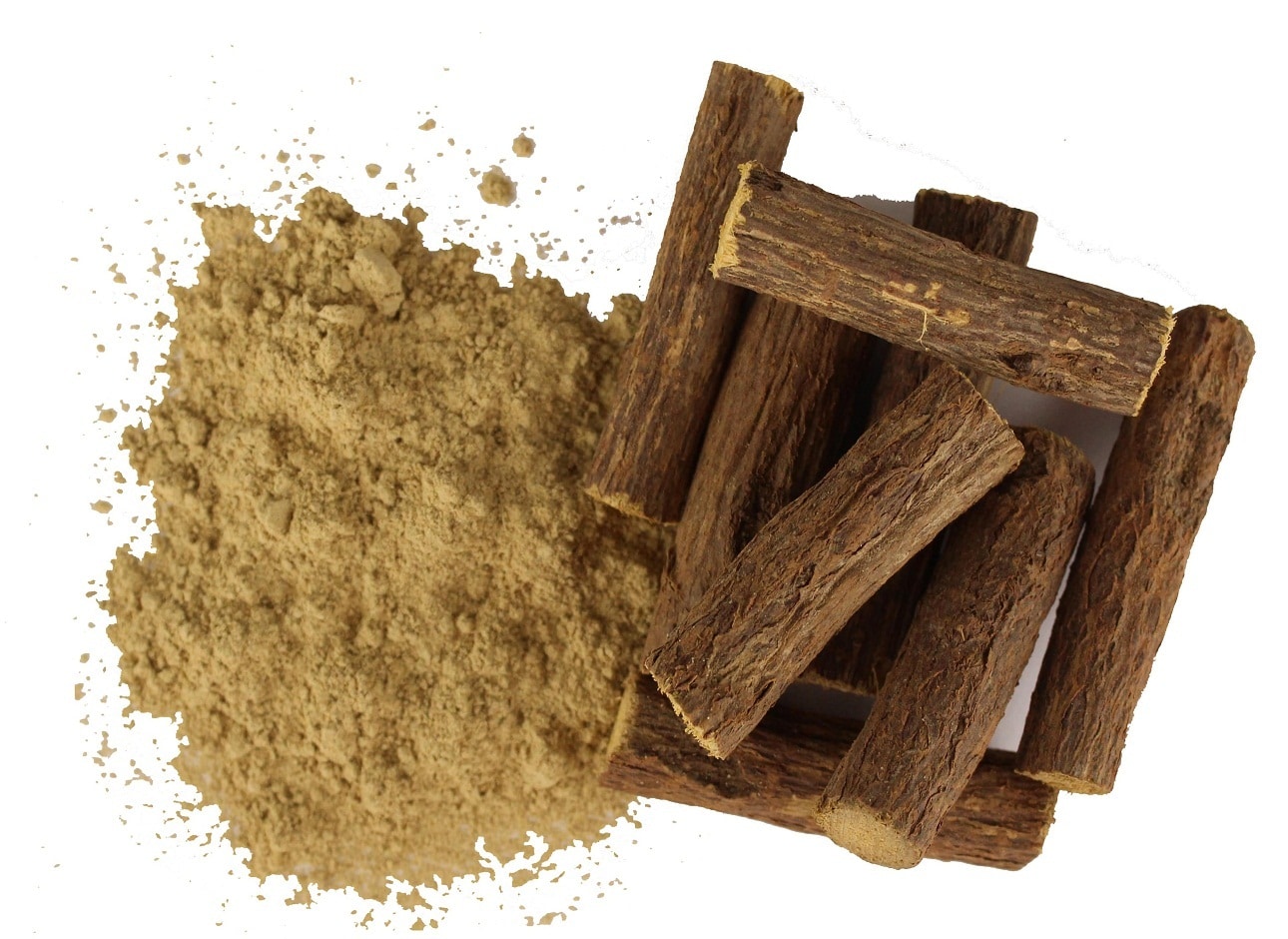 People the world over love the smell and taste of licorice: the root itself was found buried with King Tut in his tomb and was used as a medicine in ancient Egypt. In China circa 3,000 BC, licorice was included in religious ceremonies. For many of us, black licorice whips and twirls were a memorable treat of childhood.

There’s ample reason for the popularity of the root [Glycyrrhiza glabra]. First of all, it’s potent and almost pungent, yet sweet. Second, it contains powerful flavonoids and substances that make it a fine healing agent, including the cortisone-like substance glycyrrhizin, which unfortunately can cause side-effects like bloating and hypertension [high blood pressure]. Precisely because it can increase blood pressure, glycyrrhizin can actually be helpful in cases of chronic fatigue syndrome [CFS], which is often associated with continual low blood pressure and a mild deficiency in natural cortisone. A review in The Quarterly Review of Natural Medicine found that licorice dissolved in milk helped CFS patients increase their stamina and energy.

Licorice has other healing properties as well. An extract of licorice called deglycyrrhizinated licorice [DGL] is a good antiulcer compound. It has been shown in studies to be as effective as the prescription medication, Tagamet. In Europe, it’s the most popular treatment for ulcers. Unlike most ulcer medications, which reduce stomach acid, DGL actually stimulates both the body’s normal defence mechanisms and the mucous-secreting cells in the stomach. Mucous protects the lining of the stomach, allowing it to heal.

One patient came in to me with chronic ulcers that were not due to Helicobacter pylori, the bacteria known to be the most common cause of ulcers [Many people with H pylori don’t end up with ulcers, which suggests that there are other mechanisms at work]. For this particular patient, I recommended the drug, Pepcid, which reduces acid, and I also asked her to begin a daily programme of DGL and aloe vera [which heals the stomach lining]. She returned two weeks later and reported that she felt great. I said, “Wonderful, let’s stop the Pepcid and just keep you on the DGL and aloe.” She sighed and said, “I have a confession. I never did take the Pepcid, or the aloe. I just took the DGL the whole time, and it did the trick.” I now use DGL as a first-line treatment in many cases of ulcers, or gastritis.

Many health problems can be traced to excess sugar in the diet, because sugar itself can promote free radical damage, particularly in diabetics, just as oxygen can. Both are fuel for the body and primary sources of energy, but both need to be balanced by a strong antioxidant defence system.

Alpha-lipoic acid [ALA], also known as thioctic acid, is the only antioxidant that is both water and fat soluble, which means that it’s easily available to all areas of the body. It helps quench free radical damage caused by sugars and it is used by the mitochondria, the little energy powerhouses in every cell. The mitochondria help transform glucose into energy, and lipoic acid is crucial in this transformation.

Lipoic acid helps the liver. It can actually restore the liver’s most powerful antioxidant, glutathione. This nutrient is very important for diabetics, and as Richard Passwater, PhD, a nutrition expert, says, “It would not be an exaggeration to call it a blessing.” Lipoic acid helps to normalise blood sugar and protect blood vessels against the damage that excess sugar can cause. Free radical damage caused by high blood sugar leads to diabetic complications, such as cataracts, heart disease, and nerve damage. It has been effective in treating peripheral neuropathy in diabetics — a condition where nerve damage causes the feet and sometimes the hands to become numb. Since diabetes strikes one in every 5-6 Indians, and is the third leading cause of death in the US alone, lipoic acid is good and important news in the world of nutraceutical medicine.

Diabetes is not the only condition lipoic acid helps. German research has shown that it can protect against cancer and heart disease. This nutrient can help restore and recycle vitamin E, another powerful antioxidant. Lipoic acid actually functions in the cell interior — because it is a small molecule, it readily passes through the cell membrane and can quench free radicals not just in the bloodstream, but in the very heart of the cell, thus protecting our DNA from damage and possible mutation.

I recommend this nutraceutical to all my diabetic patients, as well as individuals suffering from heart disease and others with the kind of chronic health problems that produce inflammation and free radical damage [chronic asthma and arthritis].