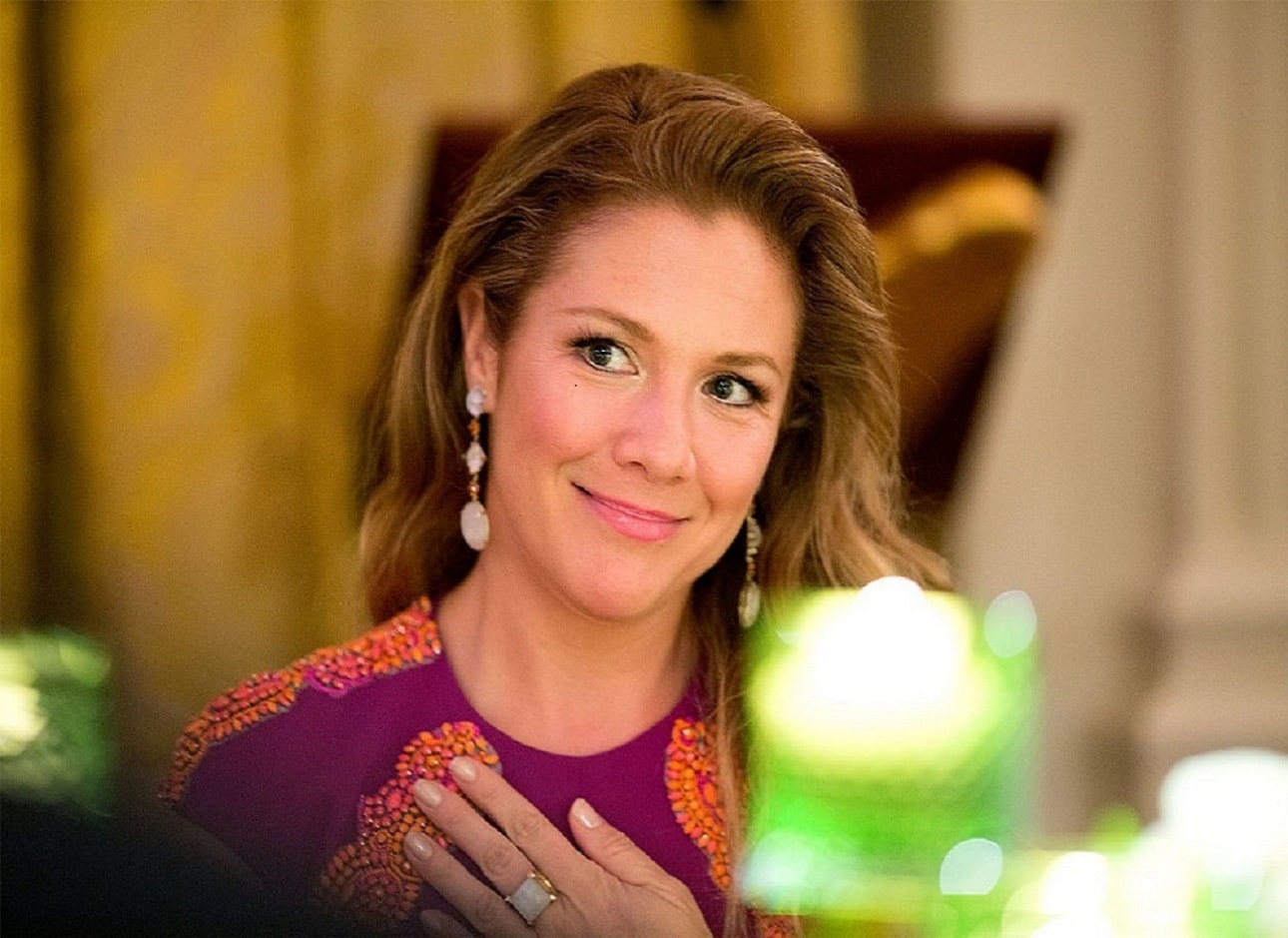 She is charismatic to the core. Her pleasant smile is just as mesmeric. She sported a warm namaste just as much her brightly shining eyes expressed her humanist quintessence to every student at Sophia College for Women, Mumbai.

She sportingly adorned the traditional tilak on her forehead too as a symbol of cultural reverence, just as she warmly greeted the girls of the college, and vice versa. She carefully and interestingly picked Sophia, Mumbai’s most prestigious girls’ college. This showcased her support and encouragement for women’s education.

The principal of the college [Sr] Dr Ananda Amritmahal was overjoyed by Sophie’s — as she loves to be called — gracious presence, along with students and staff. It was a great opportunity for me as a collegian to be listening to her when she addressed us at the college auditorium.

A mother of three, the First Lady doesn’t look like one — she’s so beautiful and supremely fit. She spoke about feminism, humanity and goodness. She believes that education holds the key to curb gender disparity, because every individual, no matter what their gender is, has the right to be educated.

She’s bold, yet so sweet. Like every other time that she visited places in India and charmed everyone with her ethnic outfits, she had yet again draped a beautiful attire with great élan. She kept flashing her lovely smile the whole while. She also suggested that she would want to spend more of her time, talking and interacting with us — so she kept her speech short, yet so inspiring. She praised India as being a vast, diverse, and yet so united a nation at the same time.

She doesn’t only look young to be a mom of three kids, but she seems to don the role with great responsibility; also wisdom. She gives her kids useful lessons on self-sufficiency and moral as well as civil tenets, including kitchen basics.

I was truly awestruck by the cuteness and sensibility of the Trudeau family — although Sophie was the only one who visited us, not her family. She articulated wonderful words about them. Besides, she spoke about her career in mass media — including the various academic opportunities that Canada provides to students from across the world.

She talked about her husband — and, that being a feminist how lucky she is to be his doting wife. She gave her own definition to the word, feminism. She said that feminism means equal rights, not only to women, but also to people of all genders. She wants women to come together for a noble cause — to eliminate gender inequality. She asked young women to be fearless of anyone and get along with their dreams and pursue them with diligence. Her speech was not politically charged, but it was indubitably to the point and easily understandable.

She spoke about Canada as being the only country where there are equal number of male and female members in the cabinet and how her husband’s government is committed to bringing equality in all sectors.

She highlighted a range of issues, such as gender disparity, colour discrimination and body ‘shaming,’ eating disorders etc. She told us that she herself had been suffering from a particular eating disorder that changed her drastically. Being a courageous woman, she fought with it and defeated her fears. She insists that a child’s nutrition has a direct connect to their education and, therefore, a better future.

She emphasised that each of us should be good to others and also spread goodness everywhere, because just a solitary act of kindness can change, or transform, lives. “The more we women unite, the more we will rise,” was her thoughtful aphorism, as she underlined the importance of women being united in every sphere. This, she stressed, would make a difference to our world which is laden with skewed misogynistic beliefs and stereotypic norms.

“Help everyone”, “show your humanity” and “spread kindness,” were the highlights of her perceptive 17-minute speech.

She interacted sportingly with students and asked them to boost women’s education and rights. She also welcomed Indian students to her country to pursue their education.

It was doubtless a golden opportunity to be able to listen to Sophie and absorb her perceptive insights like the sponge. Everyone present, that day [February 20, 2018], at the college’s Bhabha Auditorium — including this writer — were touched, impressed and inspired by her amazing simplicity and also profound words of wisdom.