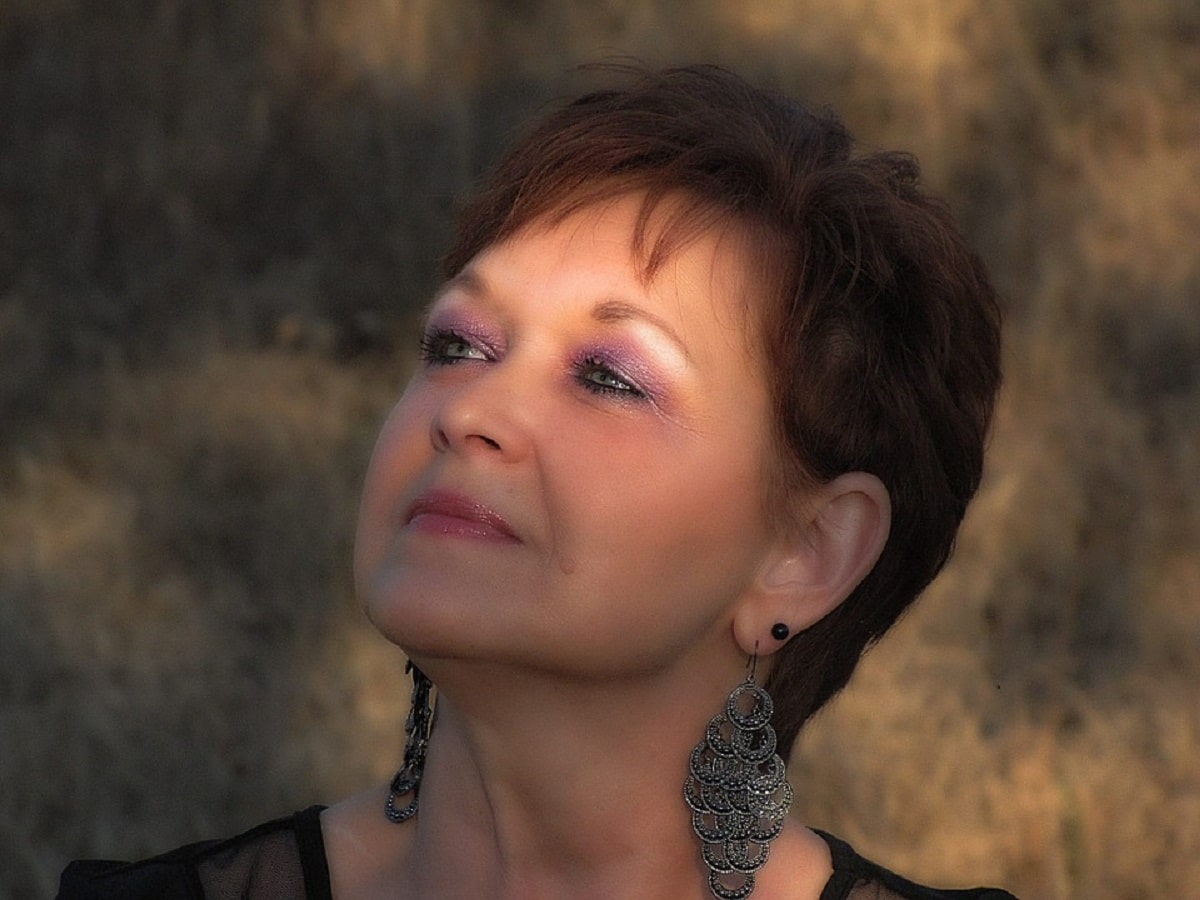 Nora Samuels, aged fifty-six, had gone through menopause, six long years ago; she was still suffering hot flashes. She had initially tried hormone-replacement therapy [HRT], but the medications had made her feel even worse than she had before she began treatment. Over the years, her symptoms had increased. If her hot flashes let up, Nora still felt fatigued and weary. Also after menopause, she found her blood pressure had gone up and a long-dormant problem with asthma had resurfaced. Finally, her husband complained that her sex drive had dropped considerably over the past few years.

When she asked me why menopause could have such seemingly random effects on the rest of her health, I explained that oestrogen receptors are everywhere in the body, including blood vessels. Menopause causes high blood pressure when these receptors are no longer stimulated, due to the lack of hormones produced at this time. Oestrogen is a natural anti-inflammatory agent, so menopause can cause inflammation, while aggravating asthma.

I put Nora on a comprehensive programme of natural herbs containing phytoestrogenic compounds, like black cohosh and dong quai. I also put her on foods like flaxseed and tofu, which can reduce the symptoms of menopause, while helping to protect the body from uterine and breast cancer.

After about six months, I tested Nora’s blood pressure and found that it was notably lower than before. Her breathing was also much easier, and her pulmonary function tests showed much improvement. She also liked the switch from hormone-replacement therapy to small oral doses of natural supplements; she felt more energetic, as if she weren’t taking medication at all. Finally, this herbal combination lessened the intensity of her hot flashes. While they didn’t entirely disappear, they diminished to just 1-2 a day, which she found much more manageable. Most women don’t think about menopause until it actually occurs; it’s one of those conditions that is banished from conversation until it strikes, and even then endured in silence.

Carolyn Matthews, a forty-six-year-old art gallery owner, unlike others, was intensely worried about the onset of menopause. “I know it’s going to hit me one of these days,” she said, “and I know it’s going to be horrible.” Carolyn had already faced a traumatic bout with breast cancer, had undergone a mastectomy, and was receiving localised radiation therapy to prevent further damage. Because she knew that hormone replacement therapy, the common treatment for serious menopausal symptoms, can cause or aggravate breast cancer, she refused to take such treatment.

Soon, Carolyn began to sink into depression, probably stemming from years of living with the ordeal of breast cancer and her fear of menopause. The mood alterations she suffered due to premenstrual syndrome [PMS] didn’t help her emotional stability, either.

Luckily, I’d seen a number of studies showing that black cohosh and St John’s wort, or Hypericum perforatum, an increasingly popular natural antidepressant, work particularly well together. A report in the Quarterly Review of Natural Medicine heartily endorses this combination in treating both the physical and emotional aspects of menopause. A German study showed that, of 812 menopausal women, 81 per cent deemed the duo of black cohosh and St John’s wort “very good,” or “good.” 90 per cent noted a diminishment of their symptoms, including irritability, tension, fear, hot flashes, and insomnia. I also suggested that Carolyn eat broccoli and drink green tea, to prevent cancer.

Almost immediately, Carolyn began to feel more tranquil and optimistic. Of course, the mere act of taking these natural, research-proven supplements might have initially eased her mind. But, the first physical evidence of their effectiveness was the virtual disappearance of her PMS-related cravings and headaches. By the time her periods ceased and menopause set in, Carolyn felt mentally and physically prepared for any symptoms coming her way. At first, she experienced a series of persistent hot flashes. She kept taking her hormone-balancing nutrients, however, and six weeks after the onset of hot flashes, she began to notice a decrease in the number of flashes she sweated out per day. Now, two years after she first experienced her symptoms, Carolyn rarely gets hot flashes. Thanks to a host of complementary herbs, she has made the transition from PMS to menopause easily and relatively painlessly. Energetic and dedicated to her art gallery, Carolyn is able to put her stressful medical history behind her and focus on the joys in life.

Many times, menopause can be masked as other medical conditions. When Maria Tamerin first came to my office, she complained of the joint pain and arthritis not uncommon among women in their fifties. Upon taking her medical history, however, I found that she had recently gone through menopause. Like most menopausal women, Maria hadn’t realised that joint ailments and menopause are often related. Although she was taking a natural supplement targeted towards her arthritic joints, glucosamine, the nutrient wasn’t really helping her, which again suggested menopause as an underlying cause of the condition.

Maria had told her gynaecologist that she had been experiencing hot flashes, and although he gave her oestrogen replacement pills for her symptoms, she was worried about tampering with her hormone levels and never took the medication. I soon found that her medical history held other factors complicating her health. Heart disease, for example, ran in her family, and she was concerned about developing the condition. Her cholesterol was a steady 240, and her diet wasn’t worrisome, though her fondness for bagels and cream cheese was something she needed to keep in check. While Maria was generally healthy, her joint pain and hot flashes were beginning to get her down, and she found herself succumbing to a mild depression. Finally, constipation was slowing her down and making her irritable.

When Maria came to me, seeking a milder alternative to oestrogen replacement, my first order of business was to provide symptomatic relief of her hot flashes, using black cohosh, red clover, and dong quai. A daily soy drink that contains the phytoestrogen, genistein, also compensated for her depleting hormones. Essential fatty acids in the form of fish oils, invaluable to practically everyone to fend off myriad illnesses from asthma to heart disease, would help her arthritis. Finally, for her constipation, I suggested that she take one tablespoon of flaxseed powder in 8oz water daily to cleanse her gastrointestinal system.

After two months, Maria was thrilled to notice a reduction in the stiffness in her hands, elbows, and fingers. She no longer had to rely on friends or family members to carry objects or open doors for her. Her hot flashes gradually began to diminish, her cholesterol went down to 220, and her HDL [‘good’] cholesterol profile improved from moderate to low risk. Although her hot flashes do trouble her from time to time, the dangers of synthetic, or conjugated, hormone-replacement therapy are too great in her eyes, and she continues to choose the natural alternative.

Women’s hormones are an intricate, delicate, and incredibly complex symphony — a symphony that is needed in order to carry out the miraculous feat of conception, pregnancy, childbirth, and nursing a newborn baby. This ever-shifting symphony can easily be thrown out of whack. To come back into balance, nature offers us a cornucopia of healing herbs.

Each has its own particular gift to offer: black cohosh, red clover, and dong quai are the herbs that offer gentle plant hormones to balance problems like PMS and menopausal symptoms. They are the best known of all the women’s herbs and have a long tradition of use in folk healing. Studies support their ability to balance hormones.

Herbs like chaste berry, dong quai, and vitamins like magnesium and calcium play an important role in easing some of the symptoms of hormone imbalance. And, finally, isoflavones — found in soy — are being studied now for their remarkable ability to help protect against hormone-related cancers. The world of nutraceuticals has much to offer women, harmonising the intricate symphony that their reproductive system must play each day, while helping women offer the greatest gift of all — new human life.