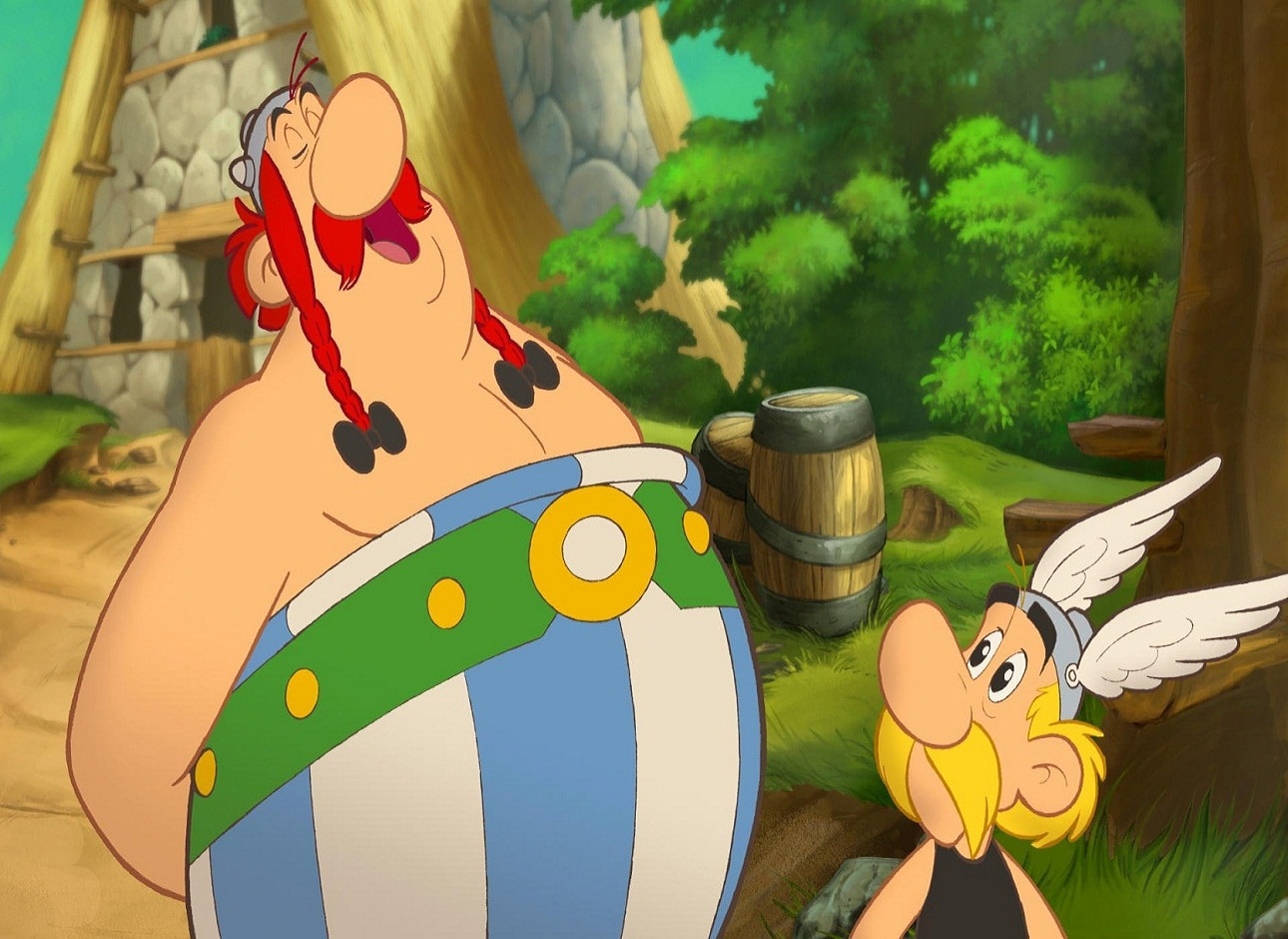 There just can’t be a better example of globalised fascination than cartoon strips. You know them all — the great, all-time favourites. However, none comes close to as great, or colossal, a following as the evergreen  and much-loved, Asterix. It is a delight that’s going as strong as ever even after Rene Goscinny bid adieu to its creative essentiality, over 40 years ago. Here’s a meditation — down memory lane.

A cartoon is more than a curious phenomenon — a view of the world. It’s something that also makes us stop short and think. About art per se. Of a text in context. Of a sketch that speaks much better than a thousand words — of the brilliant capabilities of the cartoonist, the persona behind the genius.

Cartooning is genius. It’s fun. It’s sublime. It’s simple. It’s intense. It’s also timeless. A perfect example of global appeal — of globalised uniqueness as if it’s one’s own, whatever its origin, or wherever it’s perused.

When Rene Goscinny, one of the creators of the magical cartoon character, Asterix, died of a heart attack, over 35 years ago, it signalled the end of his monumental relationship with his writing partner, Albert Uderzo — a relationship like no other, in cartooning history. Goscinny was no more, in flesh and blood, yes; but, his spirit lives on — a tribute to his imaginative power, a well-spring of a thought-process for an all-time favourite character with a huge worldwide appeal. A character that cannot be lost; a character that is as imperishable as the rising Sun.

When Asterix first evolved, over forty years ago, both Uderzo and Goscinny were ‘renegade’ illustrators without a bank account. As a matter of fact, they were without a regular job too, and virtually penniless, leading a life in penury. The duo stayed at a council flat in Paris, a ‘proviso,’ thanks to its [un]common background. Albert was the son of an Italian immigrant; and, Rene, a Parisian, by birth, was born a year before his family emigrated to Latin America. This was, perforce, the propelling force that had brought them together — for their own good, and our good.

Destiny was manifest when Uderzo and Goscinny were hired by Pilote magazine, with a specific purpose. The magazine’s brief, in tune with the special assignment? To devise a typically French character, one that was not in consonance with the usual fare — the Superman ‘form’ of comic strip, to be precise.

As the two collaborating illustrators sat at the drawing board, goading their fertile brains, sweating profusely at the thought of goofing up the big break that had come their way, and trying to visualise a very special symbol of quintessential Frenchness, something happened. Sort of.

Uderzo and Goscinny were probably wading through French history, when Goscinny cried: “Stop. That’s it! We’ll do the Gauls. What could be more French?” Result? Asterix. Asterix was, thus, ‘born’ — a celebration of imagination, a concept of elevated dimension, precise and intense — an idea that was to Uderzo and Goscinny what the Leaning Tower of Pisa was to Galileo.

It was not long before Uderzo and Goscinny published their first volume. The print-run wasn’t anything spectacular: just 6,000 copies. Yet, the impact was palpable.

By the end of the 1960s, Asterix had carved a niche for itself in the French, and global, psyche. Predictably, the eighth album was in for a commercial fiesta. It sold 600,000 copies within a month’s time. There’s no stopping the Asterix juggernaut, thereafter, what with sixteen volumes making rip-roaring business, in a row, till tragedy struck… when Goscinny’s heart stopped its beat — much before the 24th album could appear in print.

Uderzo now had to wage a lone battle: first with his former publisher, Dargaud, over the copyright of the first 24 albums. Next, to keep the radiance flowing. He lost the fight over the control of the first albums, yes. Yet, all was not lost. Uderzo soon scored a moral victory. He succeeded in obtaining the rights to Asterix ‘by-products.’ Soon after, he founded his own company, Editions Albert Rene. He was now an illustrator, the lone ranger par excellence, and a businessman, conducting merchandising activities, with his bulbous-nosed warrior, the Gallic hero — the greatest of them all. He’s no qualms about it — and, rightly so.

Goscinny’s death was a big blow for Uderzo, yes. A desolate equation. In the quagmire of a personal loss, Uderzo was more than thankful to god for having brought them together, in the first place. In his own words: “I left Rene in good health and got home to the news that my friend of twenty-six years was dead.”

Uderzo attributed Asterix’s phenomenal success to teamwork, a great functional chemistry of two minds that ticked as one. He added: “I’d also like to think it’s all due to the quality of the illustrations, and the scenarios… I invented dozens of cartoon characters with my writing partner Goscinny, and none of them ever took off like Asterix.”

Uderzo also avers that one of the reasons for the books’ enduring appeal is that people can find whatever they want to find in them. Says he: “Some fans like to see Asterix as a Resistance fighter, a miniature de Gaulle. But, I am constantly amazed that people have found so much meaning in a little guy with a big nose who goes round bashing Romans.” That’s the miracle of the cartoon, for you. In this case, Asterix Inc., Unlimited. Unmatched.

Asterix has sold a whopping 300 million copies worldwide. It has been translated into nearly 60 languages, and dialects. What’s more, a handful of films have also been made, so far, on the subject. If Asterix has made Uderzo a multi-millionaire, the Asterix theme park, near Paris, continues to attract a growing number of fans, day-in and day-out. That’s the gloss, or sheen, of Asterix’s winsome countenance — refreshing, and ageless. Peerless. Unique. Transcendent.

Some years ago, Uderzo dropped a bombshell. He told fans that he had laid down his colouring pens. Worshippers of Asterix immediately went into a pall of gloom. Uderzo said, “I’ve spent my whole life in front of the drawing board. Enough’s enough. There would be no 30th Asterix album.” But, how can you place a genius’ feel for his ‘alter ego’ in the attic, or self-imposed exile? Not for long, really.

Uderzo was back. He attributed his change of plan, and mind, to a ‘fresh inspiration.’ He said, that, he’s resurrecting “Asterix for further fisticuffs with the crazy Romans.” The magical selling power of Asterix was back to where it had always belonged — inspiration, or no inspiration. The rest, as the cliché goes, is history: for today, and tomorrow.