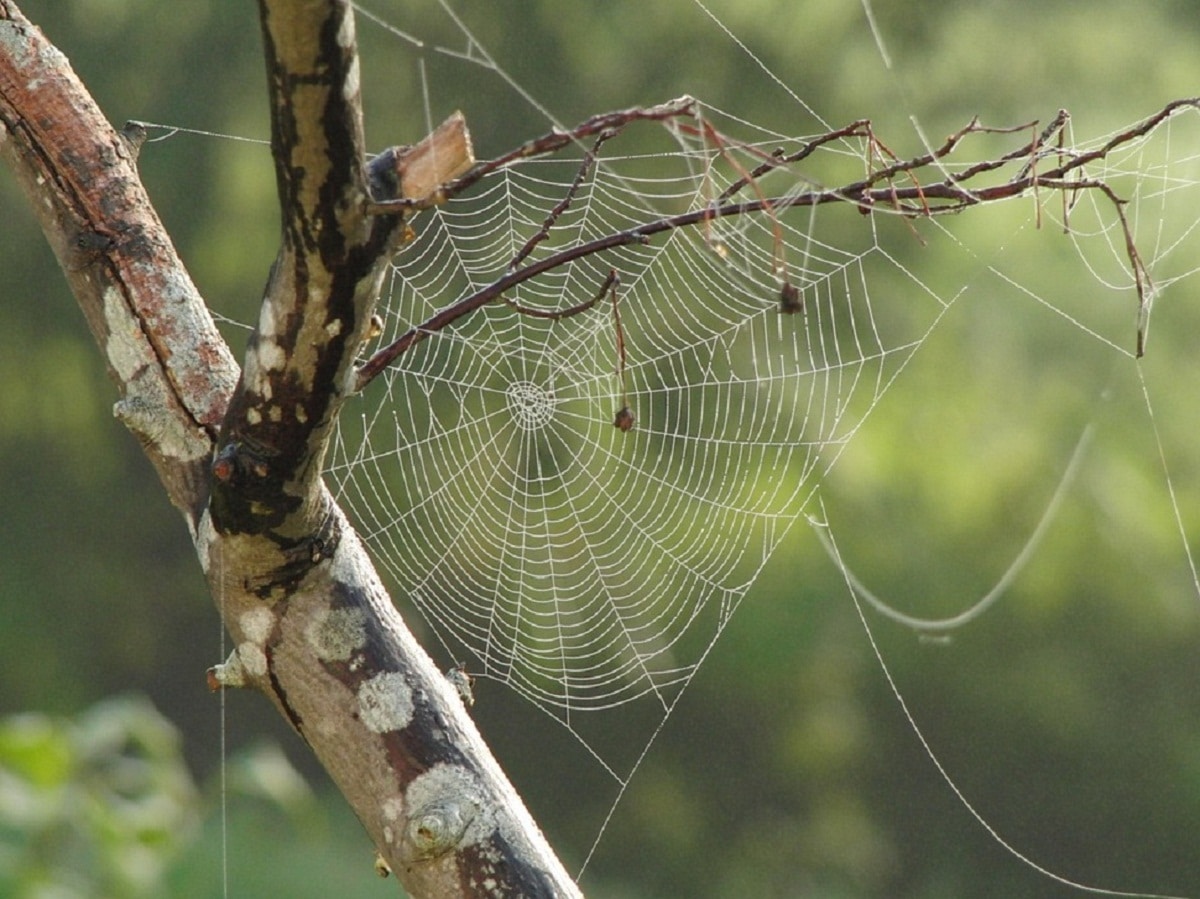 Summertime in Trondheim, Norway, where I lived for a few years, is as lively as winter is dreary. The trees, in winter, are bare, the birds migrate to the south, and insects retire somewhere sub-terra to live out the cold. Come April-May, and life returns — from the lowest forms to the highest; quite like evolution of life on Earth being played out in a span of a few weeks.

The flowers are back, beginning with the ubiquitous yellow dandelion. Before long, there are shades of red and blue all over the city; and, seagulls, magpies, ducks, crows, pigeons and squirrels all resurface, or fly in, as the case maybe, to make the most of the profusion associated with summertime. You also witness several members of the insect kingdom — creeping and crawling about and basking in the sunshine, and unwittingly falling prey to the winged species. This story is about two such creatures.

As I stood, one afternoon, sipping coffee and gazing out into the lawn, I espied a fly trapped in a spider-web struggling to break loose and save its life. The spider was not to be seen. Perhaps, the eight-legged sculptor of the magnificent structure was somewhere far away — a few centimetre, perhaps — snoozing or expanding its kingdom.

I would be depriving the spider of a well-deserved meal if I helped the fly to escape. I would also be challenging an age-old, almost-sacred law of the jungle. Would it really be considered noble to set a fly free from a spider’s clutch? This would also apply to setting a deer free from a lion’s clasp.

Man swats flies and brings down painstakingly-woven cobwebs mercilessly — two measures taken to sustain good health and cleanliness. I was facing a moral dilemma; yet, I was and am neither anti-spider nor pro-fly. The spider in question was the mightier of the two. And, I always like helping the underdog.

The fly, I thought, may get a new lease of life today, but it may find itself trapped in another web tomorrow… Outside the window of a person who would neither have the time nor inclination to notice, or if one did, would support the law of the jungle and shore up the spider’s right to capture, kill, and consume. After a five-minute long reasoning and turning things over and over in my mind, I decided to set the fly free.

A few days later, I spotted a small spider scurrying along the floor in a crowded shopping centre. I will not spin a web of my own here and say that it was the same creature I had deprived of a meal — by freeing the fly in question that it had trapped. This would be blatant falsehood.

However, talking of underdogs, the eight-legged creature was the underdog, at the mercy of human beings, one of whom would certainly crush it to doom. I pulled out a piece of paper from the recycling bin. I lifted the spider with it and placed it on the trunk of a small tree just outside of the shopping complex. It scurried up and was safe.

I went through a thought process. I may have crushed several insects unwittingly below my feet — well, walking maybe a great exercise and highly eco-friendly, or so we think. But, then, one would be directly responsible for the extermination of numerous specimens from the insect kingdom, during a stroll… no less.

All the same, there is, I felt, really nothing one can be truly proud of — sometimes — in one’s lifetime. Go figure.