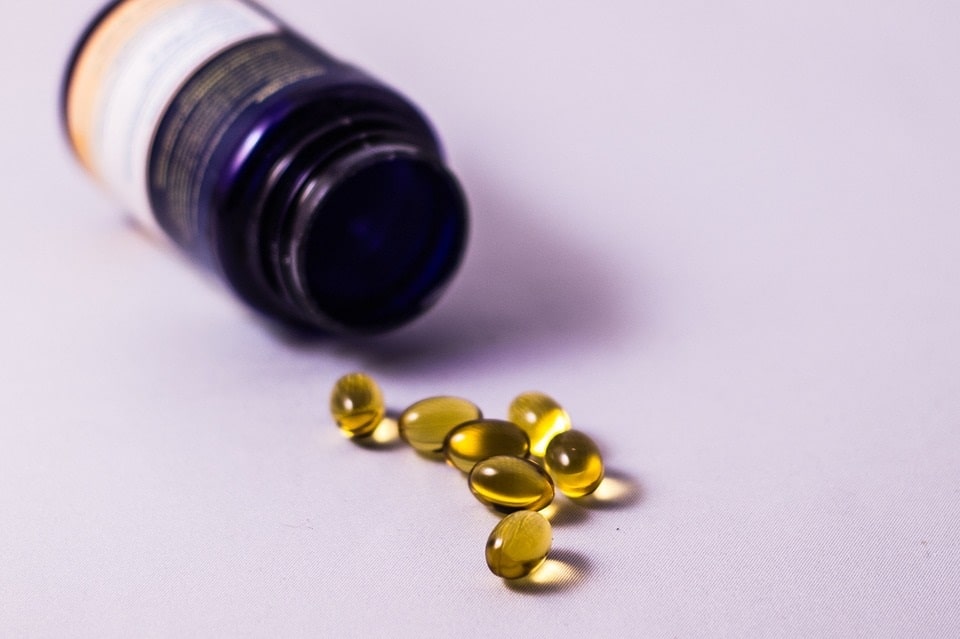 The dangerous consequences of heart disease [atherosclerosis etc.,] are today treated conventionally by the use of a group of drugs called statins. The treatment is, of course, not without a host of unwelcome and unpleasant side-effects. Is it not a matter of great relief that a natural product from the sea can impede the formation of the dreaded plaques in the arteries, without causing unwanted side-effects of conventional drug therapy?

Chitosan is prepared from a variety of marine sources; it may also be made by the fermentation process involving certain fungi. A polysaccharide, chitosan has been traditionally derived from crustaceans such as lobster shells, shrimps and crabs. These forms of chitosan are called alpha. A better form of the product has been derived from the backbone of squid that is native of New Zealand. This is called beta. The beta form of chitosan is superior to the alpha variety, because it is the more active product on a weight-ratio basis — besides, it not only requires less processing, it is also related to the way chitin, the building block, is converted to chitosan. Molecules that link together and shape chitosan are a form of glucosamine molecules; they have a host of applications. From inhibiting atherosclerosis and promoting healing of wounds to reducing arthritic pain and cholesterol levels in the body.

Research suggests that the product’s remedial effects on atherosclerotic plaques and cholesterol may be due to its binding effects on bile acids. You may think how. Normally, the bile is secreted by the liver. It plays an active role in the digestion and absorption of foods and for making lipids, such as fats and oils, soluble for excretion. Most of the bile produced is readsorbed and circulated back to the liver for reuse — a classical example of nature’s own recycling process. Chitosan can attach to the bile acids that are carried out with faeces. In the process, it can reduce the amount of bile available for readsorption and recirculation.

It would interesting to note that cholesterol is a vital part of bile. When more bile acids are needed to make up the bile shortfall, our body begins to use cholesterol that is available within the body. This is not a healthy reaction. It is here that chitosan comes in handy. In a clinical trial, patients with hypercholesterolaemia showed a conspicuous increase in the amount of bile acids excreted with the ingestion of chitosan. This makes it a useful agent in the treatment of high cholesterol states — and, without the side-effects of conventional medications.

As far as hyperlipidaemia is concerned, it would only be imperative to lay emphasis on the consumption of omega-3 fatty acids for which seafood is a great source. Discoveries are often the spin-off of accidental, or incidental, excursions. Eskimos, for instance, have a high level of fats in their diet, and yet they do not seem to display heart problems, or cardiac illness, and death as a consequence, unlike most other populations. This has been attributed to a high level of omega-3 fatty acids in a typical Eskimo meal — which plays an essential prophylactic role in preventing the build-up of cholesterol and atherosclerotic plaques. This is a great way of, you’d say, practicing preventive medicine in the kitchen — what’s more, prevention, as is rightly said, is much better than treatment/cure.

Clinicians also suggest that omega-3 fatty acids interfere with the production of thromboxanes — a group of prostaglandins. Thromboxanes promote the clumping of platelets in the blood. This is what causes blood clot formation in the event of an injury. Essentially, this is a delicate balancing act — thanks to the presence of yet another prostaglandin complex called prostacyclins, which curb the clotting activity.

When omega-3 fats are adequately present in the body, the production of clumping thromboxanes is reduced — this compacts the potential for clumps of cells to form blood clots in the presence of serum cholesterol, which is, otherwise, a risky proposition. Omega-3 fatty acids also help maintain a healthy arterial mechanism — they prevent the perils of blood clots and/or high blood pressure.

Yes, the handy sea product — beta-chitosan, derived from squid pens — may also be considered in high cholesterol states, with tangible benefits. It not only reduces serum cholesterol levels naturally, but does not cause unpleasant side-effects, which are common to conventional cholesterol-reducing drugs.

Dosage: One 1,000mg capsule, preferably with a meal, or as advised by your physician/therapist.

Fish oils have been praised for their heart-healing properties, just as much for relieving menstrual cramps, including pain and intense bleeding of endometriosis [displacement of the inner layer of the uterine wall].

Omega-3 oils, as studies suggest, reduce the risk of blood clots that cause a heart attack. Besides, they ease the stress and strain on the heart and alleviate the risk of chest pain, or angina.

Research advocates that fish oils have high-blood-pressure-reducing properties; the oils also keep the arteries supple, and help lower ‘bad’ cholesterol and triglyceride levels. There is growing evidence that fish oils elevate ‘good’ cholesterol, and also prevent heart-rhythm abnormalities, or arrhythmia. In a large study published in the respected medical journal, The Lancet, it was reported that fish oil supplements — 1gm a day — reduced the incidence of arrhythmia in heart attack survivors significantly. The study also reported that there were fewer deaths from complications as a result.

This is not all. In an Italian study, fish oil supplements — about 3gm daily in capsule form — reduced the number of flare-ups in Crohn’s disease — an inflammatory disorder of the small intestine — sufferers significantly. The study also reported that about 70 per cent of the participants who were given a placebo [dummy pill] had a relapse of symptoms. The corresponding percentage was just 30 in participants taking fish oil capsules.

Besides this, fish oils rich in omega-3 are also said to delay the onset of Raynaud’s disease — an idiopathic disorder which presents with bluish discolouration of the digits, due to decreased oxygen supply. The oils are said to be useful in stalling the inflammation, numbness, tingling, and other symptoms of the disorder, resulting from exposure to cold air. In one placebo-controlled study of 32 Raynaud’s patients, researchers found that fish oils supplements slowed the appearance of troublesome Raynaud’s symptoms by an average of quarter of an hour — which gave patients enough time to move to a warm place and avoid the onset of painful symptoms, common to the disease.

There are no known side-effects of chitosan. However, experts suggest that the substance has the potential to attach to fat-soluble vitamins and reduce their levels in the body. This could be best avoided by the use of a daily supplement of fat-soluble vitamins, two hours prior to the ingestion of the product. Some people report bowel inactivity with the use of chitosan. The problem can be minimised by drinking at least one full glass of water along with a chitosan meal.

Allergic reactions are less likely. This may happen if you have a known allergy to gelatine, which forms the covering material for chitosan in capsules. For the record, however, it may be mentioned that allergies can take place when there are proteins in marine products. Chitosan is not made of protein; hence, it is relatively safe for use as a food supplement.

Seafoods are the best source of omega-3 fatty acids; they also have the lowest levels of cholesterol in comparison to dairy products, meat and poultry products, including a few species of fish, viz., shrimp, squid, and abalone.

This sums it up all — that seafood, in capsule form, especially for vegetarians, is dependable and effective medicine for good heart health.