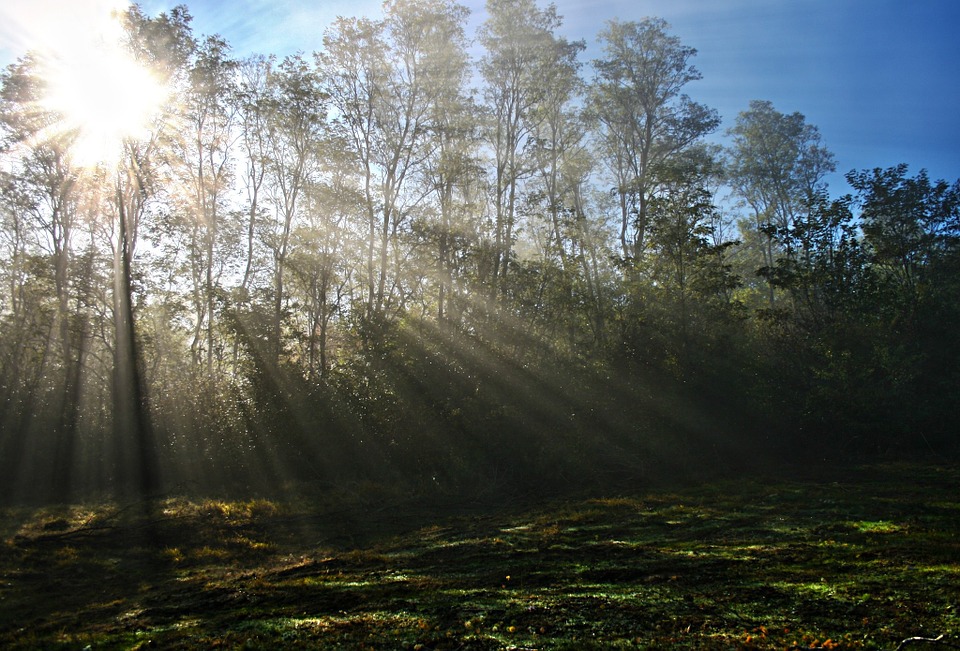 The Moon waxes, wanes, and disappears. It also appeals to the ‘nocturnal domain of our mind.’ It has an existence that is subject to the Universal Law of ‘becoming’ life and death.

The Sun, on the other hand, has always been itself — the giver of life. Ancient cultures describe the Sun as either god — with the attributes of the Supreme Being transferred on Him — or, one of the greater gods.

In Vedic times, Mitra or the Sun-God, played a major role.

Some Indologists now believe that the name, Mitra, originates from the Sanskrit, Minoti, meaning ‘to set up’ something. It is, therefore, said that the Sun-God came into being to set up the world in the exact form we find Him today.

The Sun, as the deity of worship, was assigned the task of energising, watching over and stabilising life. The Saur Suktas refer to more than one deity that is created from the Sun — Savitru, Ashwina, Ushas, and Pushan, riding astride their golden, pink, orange and bright silver-hued chariots.

The Semang pygmies of the Malay peninsula, as also the Fuegians, the indigenous inhabitants of Tierra del Fuego of South America, believed that the Sun was the eye of the Supreme God.

The Samoyed tribe, who roamed the icy areas near the Arctic Ocean as one of the oldest of the Arctic tribes, also shared this belief. They believed that the Sun was one of god’s eyes, while the Moon was the other. The Wiradjuri and Kamilaroi tribes of South-West Australia looked upon the Sun as the Son of the Creator. So did some of the African tribes. The Munsh, for instance, believed that the Sun was the son of god; the Moon, the daughter.

The Sun, during our journey through time, seems to have, indeed, overtaken the work of creating the Universe from the Supreme Lord Himself, as His son or Servant. He has even become the demiurge, or ‘He’s simply replaced the Supreme Being.’

Interestingly, the Sun seems to also either amalgamate into the Divine Being, or substitute Him. The ‘God in the Sky’ became no less equivalent to the Sun-God in some societies. The Chukchi folks in North-East Russia, who offered major sacrifices to the Light of the Sun, were not the only ones to believe in the Sun as the Supreme Divinity. The Yurak Samoyeds of Siberia, for example, placed the heads of animals killed as offerings on a tree. This was called the ‘Tree of Sun.’

The Kavirondos in Kenya looked up to the Sun as their Ultimate God, too. The Kaffa tribe of Ethiopia continue to call their Supreme Being, Abo, the God of Light and Day. The Khond tribe in Orissa, India, describe their Creator-God, Bura Pennu, the ‘God of Light,’ or ‘God of the Sun.’

Professor Mercia Eliade, in her extensive work, Patterns in Comparative Religion, mentions some tribes of India as being the best examples of the Supreme Being-turned-into-Sun-God. The Mundas of Bengal, she writes, place the Sun, Sing-Bonga, foremost in their pantheon. The Sun, she also writes, is said to be married to the Moon and also offered the first fruit, white cocks or white he-goats, as sacrifice. Another indigenous tribe, Korkus, believe that they’ve descended from the Union of the Sun and the Moon. There is a small variation as to who the real ‘partner’ of the Sun actually is, among this tribe though.

This is not all. Indonesia’s Sarmata, Baber and Timors, believe the Sun, called Upulero, or the ‘Lord Sun,’ is married to the Earth instead of the Moon. These tribes also believe when the Sun climbs down the fig tree, the Earth becomes fertile.

Curiously, our categorisation with the Sun is taken to the next level by some tribes in Australia. In their ceremony of initiation, the man to be initiated smears his head with red colour. He also rips his hair along with his beard, a sort of symbolic death. He is said to be revived the next day, along with the Rising Sun — a prototype of a dead man rising, every morning. This is said to formulate him as the Son of the Creator, a Sun by himself.

In every mythology and religious belief, the Sun is deeply respected and revered. India’s Vedic sages were eloquent in the praise for the Sun. They extolled the Sun for being a benign life force and energiser — loving despite His fiery glory. Philosopher Plato believed the Sun was the image of good as expressed in visible things. Orphism believed the Sun was the intellect of the world — exemplifying reason and rationality.

Sure, the belief in Solarised Divinity continues to be celebrated in different parts of the world, the difference being of degree. It reminds us that we have a job to do — find out all that’s common between us and them, and them and us. The big question is: would this belief in One Creator make for a good, new beginning?