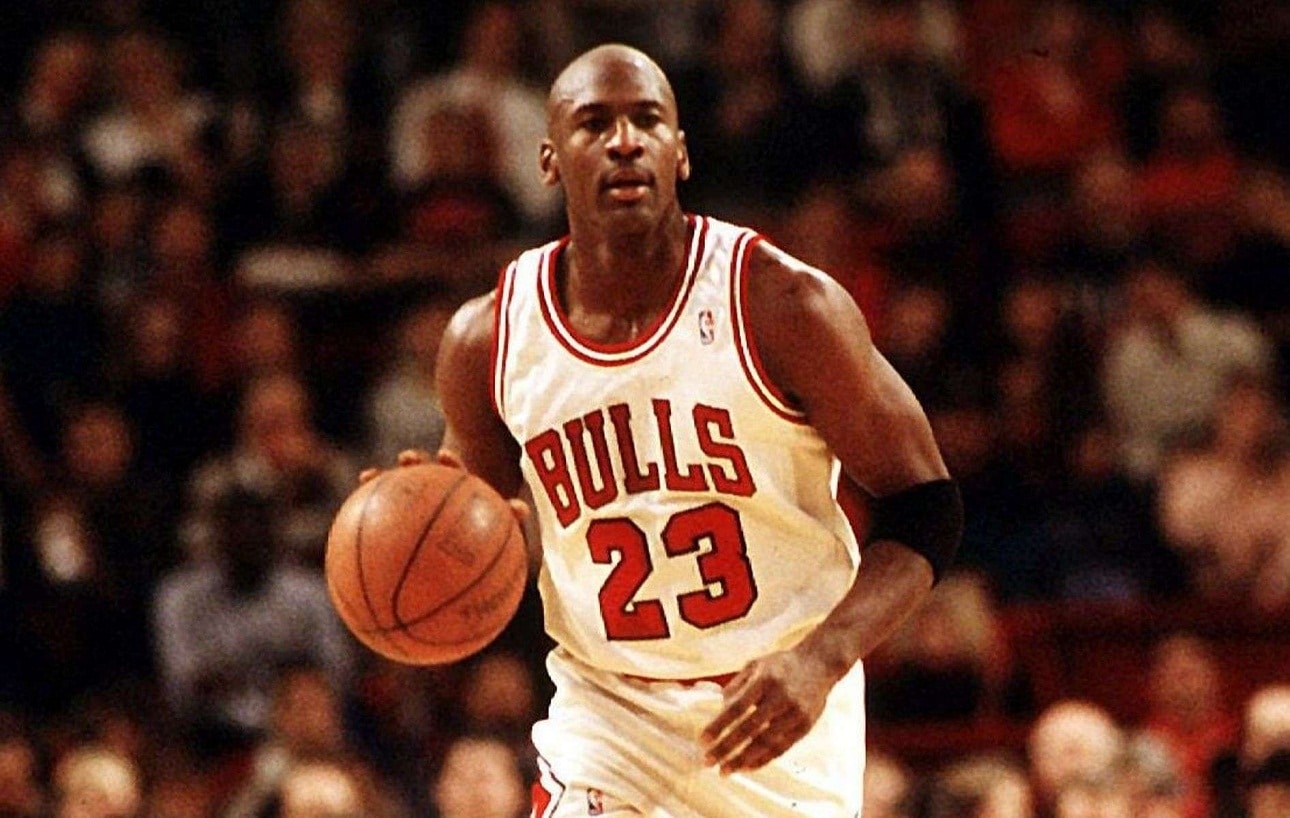 When ‘His Airness,’ Michael ‘Magic’ Jordan, or just MJ, the King Arthur of Basketball, made his final bow from the game, exactly 15 years ago, his legion of fans were happy, elated, and, maybe, sad. Happy, because Jordan had given them a million moments to showcase memories of his true greatness; elated, because they’d now cherish a host of recollections of his mystical skills on court — as if whatever he had realised by way of his wondrous deftness wasn’t just enough.

The parallels are obvious: Jordan had to face the inevitable, as in any other profession. Retirement blues — a definitive outcome, which is so easy to talk about, not accept… Only a few acquiesce to the demands of the unavoidable ‘rote’ — sans a ‘gritty’ grunt. Needless to say, Jordan often said no; and, then said, yes. He had to — in order to keep his own sense of Platonian axiom, or divine frenzy, going.

Now, to the essence of this piece, a tribute to the greatest of them all — the magic that made Jordan, Jordan.

Born in Brooklyn, New York, US, on February 17, 1963, MJ got hooked to the game at age 12. He played basketball throughout his high school days with a rare kind of penchant and proficiency. He was, within no time, thought to be someone special. All thanks to his supreme confidence, not over-confidence, and discernible basketball skills, aside from his original, infinite component — stupendous ball sense.

For over thirteen seasons, Jordan, Chicago Bulls’ star, was the monarch of what he surveyed. His was a saga like no other… If there never were a Jordan, the movies would surely have conjured him up. For no small reason. Because, Jordan’s life was full of drama, made-for-media-moments, juxtaposed by his incredible basketball talent and plethora of achievements, which were no less unique… Yes, they’re unmistakably awesome, and dazzlingly great — so much so, one would always stop and wonder, Is Jordan Real?

MJ won more than a handful of NBA championships, and every individual award you’d, possibly, think of. He broke most scoring records, appeared on TV shows, promoted basketball shoes, and just about every commodity: from soft-drinks, fast-food to batteries, and so on. Not only that. He acted next to cartoon characters, took part in charity and/or good causes, retired, came back, and retired, and has always been a fine family man. With him in full flow, it was quite easy to think in terms of a perfect basketball season — an equation that’s akin to staging Hamlet ‘with’ the Prince of Denmark — at the theatre.

MJ is, doubtless, the most recognisable man on planet Earth — even to those who may never have seen him in a NBA game on TV… Larry Bird, for one, called him “God, disguised as Michael Jordan,” when ‘Magic’ MJ scored 63 points against the Celtics in the 1986 play-off. As a matter of fact, to every basketball fan, MJ is an icon, ‘The Shot,’ or the buzzer-beating falling down game-winner, with more than an element of self-regulated consistency. For kids, MJ’s one of their childhood friends — always the Mr Dependable in their fanciful dreams. Most important: what’s made Jordan so much loved and powerful is the general realisation that he’s not like other celebrities. The essence of his enormous appeal is clean and direct, in conjunction with his immense love for the game… Also, include his matchless accomplishments — and, you’ve Jordan in a league of his own.

That MJ credits his parents for most of his successes is apparent. His parents grew up in the South — in the midst of troubled racial conflicts and civil rights movement. It was they that instilled good work ethics in him — “Judge yourself by what you are, not by the colour of your skin.” In so doing, they actualised a kind of environment for their children. Much of what Jordan achieved owed its origins to such an upbringing.

MJ lived basketball. His father, a basketball buff, had a small court built in the backyard for his kids — just the perfect thing to do for one to get into the groove, or the enchanting ambience of the game. Naturally, MJ had to play. And, play he did with a great degree of excitement, and flair… Also, being the fourth of five kids, he was always thrown in to face challenges, as it were. Which explains for his classy motif: “Challenge is what makes you better.”

For MJ, the basketball court was always the heart of the universe: a spectrum of consciousness, the eye of the spirit, and of life itself. In the seminary, Jordan averaged 17.7 points. He just did it. How? In his own words: “Strictly from desire and ability. I learned on my own by watching. I wasn’t taught fundamentals until college.” Quite truly, college-basketball, to MJ, was what the falling apple was to Newton. It was a regimented atmosphere, all right. But, it rubbed on him. As MJ recalls: “[It] taught me how to be a team player; how to lay it out on the line for the team. The education of skills was, by far, the best.”

What’s MJ’s most treasured philosophy — the mark of his magnetism? “Basketball’s just a game, a game that I want to win. If I’m playing you in golf, for example, I don’t have to play for anything. We can play for pride. That’s enough. But, I am going to try to beat you.”

Not that MJ wasn’t a gambler. He certainly is. In so doing, he’d always sought out new ways to challenge himself — to become better and better, and better than the best. Himself. In fellow-player Karl Malone’s words: “He’s the players’ player. He’s the man you watch when you’re not playing. Sometimes you watch him do a move and you think: I wish he could do that again. He’s unbelievable. He’s the greatest.” Facts, yes. Not superlatives — a realistic analysis of a man who scored over 30,000 career points in a fantastic hunt for control of the ball on court.

MJ, who’s also a golf enthusiast, was the finest player ever to play basketball. He’s also a living manifestation, men whose motivation, or drive, was truly unique — like his God-given skills. What’s most extraordinary about him was his eagerness to open himself up, and say, “Hey, I’m human too.” That’s also his greatness — a legend, who respects basketball much more than anything else.