Gift Of The Tyagi 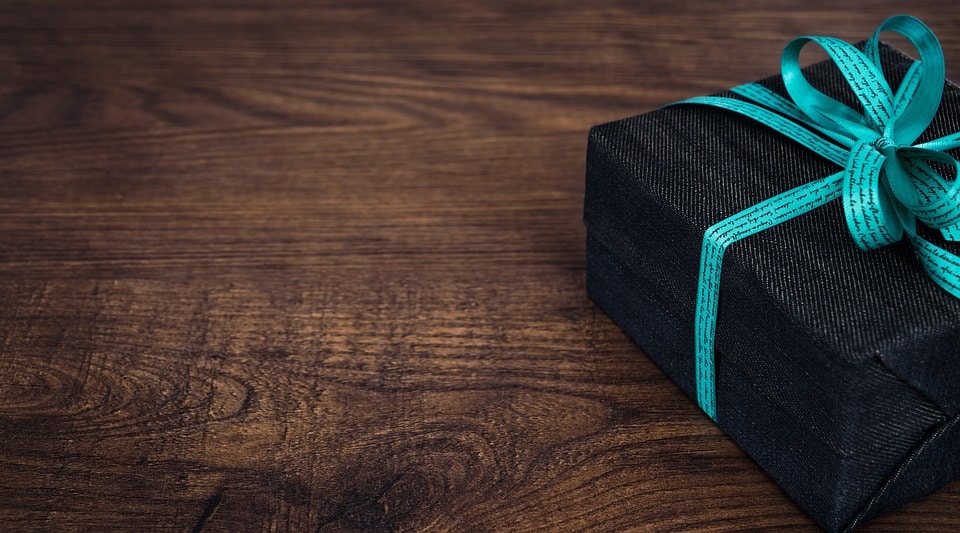 A blessing is a divine gift. There’s goodness associated with it — a consequence meant to be shared and passed on to envelop the whole of humanity.

If the Earth is blessed by god with abundant resources, they were meant to be shared and equitably distributed — to enable the whole of mankind to reap benefits. Alas, we all know that it has never been the case. “Keep what you need, and spread the others around to those who do not have access to the similar.” This is a much-hackneyed spiritual message — it sadly languishes in books. The bridge between practice and precept, walking and talking, is widening in our age. Call it Kali Yuga, or what you may.

While all of this is a macroscopic view of the material bounties that mankind has been thriving on, for ages, one can apply the same spiritual message to gifts exchanged among individuals.

Gift-giving, in its purest form, which is more satisfying for the giver than the receiver, happens to be an expression of all that is noble in us. Of course, the act of giving gifts also has a dark connotation — bribes, or obligatory acts inter alia. While receiving a material gift often compels us to view it as an obligation to repay the kind deed — with material objects — it also impels us to shower our acquaintances and friends with gifts, most often motivated by and for all the wrong reasons.

There are often ‘lock-ins’ as most of us, owing to emotional clinging and sentimental attachments to material objects, refuse to part with them. The ‘blessings’ get stored up; they also stagnate. In the course of time, the functionality associated with such objects is lost — quite like the Dead Sea being absolutely lifeless.

At times, gifts are like white elephants. More than the happiness they confer in the beginning, they turn irksome when they demand periodic maintenance in the form of cleaning, dusting, restoring, relocating etc., The fact they were once items of sentimental value is overshadowed by the angst and anxiety that their deterioration with time leads to.

If my brother, for instance, gifts me something, as a symbol of affection, he would be the happiest person in the world, if I, after finding use for the gift, pass it on to someone in greater need of the item than I. It is his gift which finds a medium through me to bring joy and happiness and also add value to a third person’s life; perhaps, much more, if this third person also thinks as I do. The ‘blessing’ thus moves on, helping several people during its ‘physical lifetime,’ rather than being locked up for its sentimental value in the cupboard, showcase, or suitcase.

The receiver multiplies the satisfaction of the giver, if s/he passes it on. A book gifted by my father, for example, certainly has unmatched value. But, the value is enhanced when I donate it after reading, to a library wherefrom it will be accessible to thousands of readers during its lifetime. The earlier I donate it, the better — the impact of the ‘blessing’ will also be much greater. It would be available to many when needed. At a later date, the need for it may not exist. A delayed donation – after the book has spent many years in a book-shelf — may not really spread the ‘blessing’ just as effectively.

Sentimental attachment to material gifts is also materialism, though not as stark as the craving for objects of comfort and luxury. Memories of good deeds last forever and do not need items of paper, cloth, glass, rubber, metal, or leather, to serve as mnemonics. While the material component is to be appreciated, enjoyed and promptly shared, the underlying understated component is to be preserved in the Lake of Galilee… residing within each of us.

Blessings graze past an evolved mind, nourishing and calming it, leaving behind traces of the uplifting subtle. The multiplier effect is played out — the value of the gifts are oft-realised. By passing on gifts, the receiver has expressed their thankfulness exceedingly well, augmenting further the giver’s stock of virtuous deeds.

This may be an entirely new perspective, indeed. It is, however, not to dub sentimental and emotional human beings as irrational, or wrong, in any way. Far from it. It may also serve as food for thought — accepted or rejected. So, what are you waiting for? De-stock, give and free yourself. Be a tyági [forsaker]. Remember, for the delicate traces of your goodness to linger, blessings flowing in should flow out just as well.

← Live In The Moment Of Time & Divine Breadth →