Fresh Hope For A New Earth 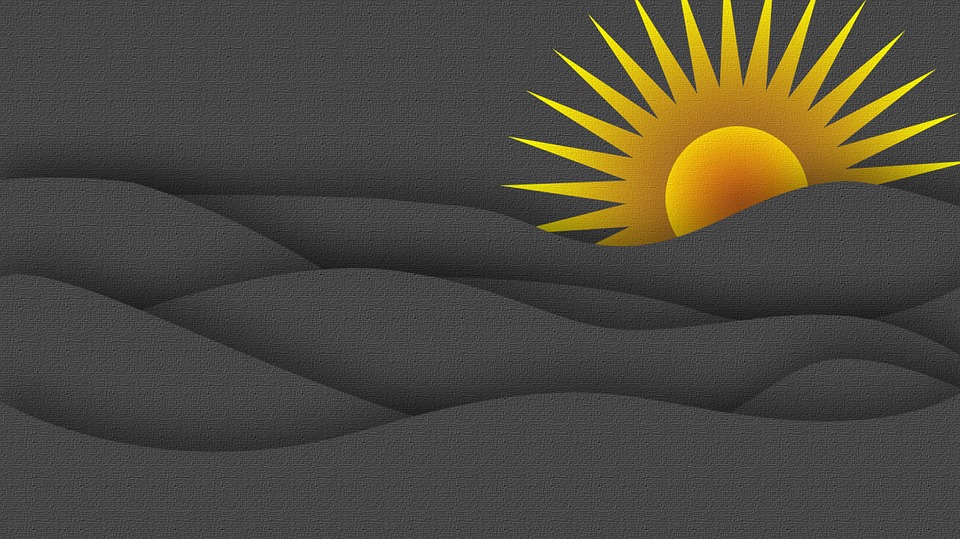 If charity begins at home, sustainability begins with Self. This, in essence, crystallises the tangibly wonderful analogy between holistic individual human development and sustainable progress of nations, or humanity as a whole.

Holistic human individual development entails the three chakra synthesis — physical, mental-emotional-psychological, and the spiritual — or, body, mind and soul. This only means that one moves on from the visible, or discernible-gross, to the invisible subtle.

Spiritual development, as many of us know, is usually relegated to the sidelines; it also often ‘falls’ by the wayside as we pursue materialistic goals. When the edifice starts crumbling — which invariably happens in the absence of spiritual development — the need for spiritual uplift is, at once, sensed. While it certainly is not as easy as ABC, it is never too late to mend. As the Bible says, “Ask and it shall be given unto you; seek and you shall find.” It’s, again, never too late to begin. But, when one starts belatedly, walking slowly along on the path, the greater will be the effort required.

Physical development — proper nourishment, active lifestyle and temperance inter alia — contributes to a capacity for hard work. Work translates into economic gains. We work hard and long, earn and pay [taxes, cost of living, salaries to employees etc.,] and contribute to the virtuous chain of growth.

Physical vitality manifests as money — this turns on the engines of economic development. However, no individual, even though s/he may be strong and robust, can move mountains without garnering the support of fellow human-beings. This is where the mental-emotional-psychological component of individual development comes in. Co-operation and co-existence are also a sine qua non for any civilised society.

Social growth is impossible without emotionally mature and wise citizens who live and let live, abide by the rules and regulations, help each other, stand up united to quell anti-social elements that threaten peace and harmony. Culture, education, art and language — including different manifestations and expressions of our mental, emotional and psychological elements — also play a positive role in social development. Also, when one talks of citizens, one also refers to administrators/politicians that  ‘run’ society.

Spiritual growth usually entails the acceptance of the fact that each of us is an infinitesimally-small stitch in the fabric of the universe; yet, contributes to making it work in apple-pie order.

The realisation, that, “the Earth does not belong to man, man belongs to the Earth; all things are connected like the blood which unites family,” that it is a home that one would rent for a while before leaving it for good; that one has a responsibility towards leaving it better than what it was when one occupied it, would entrench itself firmly only when man ascends the ladder of spiritual advancement.

The expression,  ‘Earth,’ includes everything other than human beings and anthropogenic systems too; and, thus, it is synonymous with the environment in which human beings live and work. It follows that the environment is the home in which everyone dwells; and, all of us are responsible for its upkeep. Taxes paid by us contribute to economic growth. These are the gross payables. The subtle elements form the non-monetary obligations towards our environment. Thus, spiritual growth is analogous to environmental sustainability. And, quite similar to spiritual growth which demands greater efforts, the latter begins inasmuch as on the path leading to it. It is apparent that the costs of corrective action to undo, or mitigate, the damages caused to the environment swell with time, making prevention better than cure — the present is, therefore, the best time to act.

MASTER THE MIND, TRAIN THE BODY

The subtlest thing for an individual is the all-encompassing and most difficult to comprehend and attain. The grossest is the easiest to cater to — materialistic pursuits to pander the sense organs. The analogy to the environment is easy to grasp — it is overlooked and prejudiced at the altar of consumptive growth and affluence [bias in favour of socio-economic development]. A greater propensity towards the gross will end up affecting the subtle; hence, overall stability and sustainability. If a person, of his/her own free will, decides to lean more towards the subtle and spiritual, masters the mind and trains the body to abstain from hedonism, s/he would have fulfilled the need of the century.

The equilibrium which is sought is dynamic in nature — at individual, societal and global levels. Tuning and re-tuning at regular intervals will be vital to sustain this dynamic equilibrium. What would be mandatory is the subservience of the gross to the subtle; socio-economic growth to environmental conservation; and, physical vitality and mental prowess to spiritual development. Spiritual growth, or its analogue — environmental conservation — would be the broad canvas on which physical-mental development [or, its analogue — socio-economic growth] is fashioned and fabricated.

Humanity’s well-being depends on the environment, and the natural world, although it may change without us, and will continue to survive. There is a stark parallel to what is said about the soul. The soul, along with its consciousness is eternal; it does not cease even after the body [and, mind] have come to an end. As Swami Vivekananda said, “Too much attention to the spiritual may affect our practical interests a little; but, too much attention to the so-called practical hurts us here and hereafter; it makes us materialistic.”

One is, of course, not labelling the physical/economic, or the mental/social, as unwanted, or undesirable. Far from it. Human civilisation cannot be sustained without them. Albert Einstein’s famous statement made at the Symposium on Science, Philosophy and Religion, would capture all of this succinctly, “Science without religion is lame; religion without science is blind.” Religion, therefore, could be considered to be synonymous with spirituality [as mentioned before; it is a tool or instrument to attain spirituality]. Likewise, science can be considered to be synonymous with technological progress, facilitating materialistic growth and socio-economic development.

If the world is grappling with problems, as in the case of all evils, the offspring of human temptation and the absolute failure of the self-control mechanism of the mind, than anything else, the solution rests entirely with us. Minds and brains, which have equated capability to domination and supremacy, should comprehend that modesty. It is austerity that can solve even the most gargantuan of problems, howsoever insurmountable, with intellect and rhetoric.

Take the Four Noble Truths and the Noble Eight-fold Path taught by Gautama Buddha. The crux is that suffering [interpreted in the present context, as the lack of global sustainability and the problems which humankind is encountering in the 21st Century] arises from attachment to and craving for materialistic possessions — with the primary aim of gratifying the mind and the body, at the expense of spiritual advancement. Consider the Hindu practice of regular fasting, or the Muslim tradition during the holy month of Ramadan. The motive is to awaken individuals to understand their ability to conquer the urge to eat and also comprehend the truth that if the temptation of the palate can be curbed, avarice, in general, can also be similarly overcome.

Swami Vivekananda extolled there have been several great men and women in this world perfectly sound, moral and good, simply on utilitarian grounds. He also averred that “the world-movers, those who bring, as it were, a mass of magnetism into the world, whose spirit works in hundreds and in thousands, whose life ignites others with a spiritual fire — such persons we always find have that spiritual background.”Man-made systems that cater to man’s ever-increasing appetite for sense enjoyments break down at some point, or the other, revealing inherent deficiencies which existed all along, unknown to and unseen by men and women who were exploiting them for their own materialistic ends. The realisation of certain truths which mankind, at the moment, is not courageous enough to accept and face, is critical. The “Eat, drink and make merry for tomorrow we die” escapism that characterises modern hedonistic thinking needs to be replaced by a more responsible outlook towards life.

If one can shed his/her attachment to, and preoccupation with material pleasures, which entangle us endlessly in this ‘wheels-within-wheels’ world, and divert  attention to the subtle soul beyond the body and mind, one would realise that the pursuit of happiness had all along been misdirected. When one comprehends the divinity of the soul and its interrelationship with the souls of all life on Earth through a common strand which Hindus would identify as the Supreme Soul or Brahman, Muslims as Allah, and Christians would label as The Lord, one would, at once, understand that every action of an individual affects the lives of others, through the said ‘common strand.’

We should realise that clothing the body with expensive apparel, and attempting to augment one’s status in society by feeding the mind endlessly with pride, and owing material possessions and riches, can never bring lasting peace. This is similar to the temptations which Satan thought Jesus Christ could be defeated with, or the confusions which befuddled the Pandava warrior Arjuna in the Mahabharata. One may wonder if one’s individual efforts to turn away from materialistic desires, would all be in vain — a drop in the ocean. Yes, one may try to posit this wonderment as a pretext for not ‘dematerialising.’ This is a commonly-encountered  ‘Prisoner’s Dilemma,’ associated more with minds and hearts not trained in spirituality. A spiritually-aware person believes in the Absolute Good and guides their mind accordingly, unlike an individual trapped in materialistic quagmires or enslaved by their heart and mind. What we, thus, are seeking is a spiritual revolution.

To begin with, economic benefits could serve as drivers for moves towards environmental sustainability — with resource depletion, increasing raw material and energy costs, and even the ‘green’ advantage in the marketplace. This makes it mandatory to be eco-friendly – but, in the long run, when economic benefits lose their appeal, a spiritual outlook will be indispensable for global sustainability.

The term ‘dematerialisation’ was originally coined from a manufacturing and production [socio-economic] point-of-view. However, it can also be construed from a spiritual standpoint as a move away from materialism. A move away from materialism does not necessarily mean a plummeting economy and discontented society — especially when the economy is run by a society comprised of spiritually-enlightened individuals.

Scientific adventurism should give way to holistic wisdom. In addition, integrated and informed theology and spirituality can and must play a major role in shaping attitudes about how we are to live life on Planet Earth.

The inference is obvious. Let’s embark on a new road-map of change, and transform ourselves spiritually at the individual level, in everyday life, and also in everything related to our environment — in the best manner possible.

To paraphrase Nobel Peace laureate Al Gore in the film, An Inconvenient Truth, “I believe this is a moral issue… It is our time to rise again [and, tap into our spiritual reservoirs] to secure our future.”

← Past. Present. Future The [He]Art Of Movies →