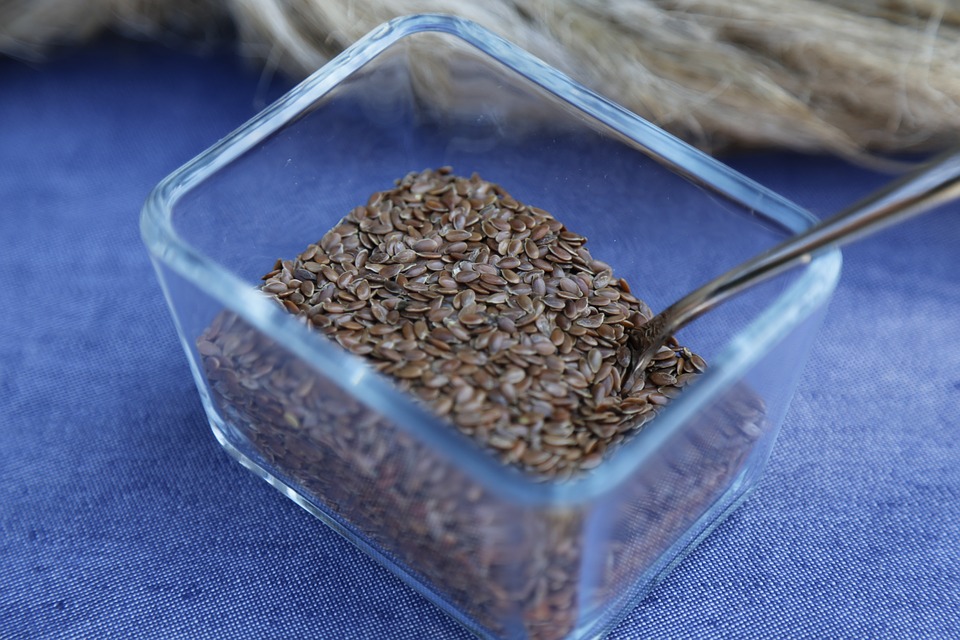 Flaxseed has actually been a part of human diet for thousands of years. It has a rich history of use. Four thousand years ago, in southern Mesopotamia, for instance, citizens constructed irrigation systems primarily for the growth of flax, and the plant was cultivated in Babylonia, Circa 3,000 BC. The famed philosopher-physician Hippocrates used it to relieve intestinal discomfort. Flaxseed has also been known as an important gastrointestinal cleanser for so long that the eighth-century king Charlemagne even passed laws governing its farming and consumption too.

Today, we’re learning that this ancient fibre has three major health benefits. First, flaxseed contains essential fatty acids in the omega-3 family, in the form of alpha-linoleic-acid [ALA]. While the most common source of such important fats is fish, flax is a great vegetarian way to load up on omega-3s, which are lacking in Western and Eastern diet. These fatty acids are extremely useful in reducing coronary heart disease, blood pressure, and inflammation of bodily tissues. A study in The British Journal of Nutrition found that subjects consuming flax for four weeks not only increased their levels of omega-3 fatty acids, but they also reduced their ‘bad’ cholesterol by nine per cent and their blood glucose by 27 per cent.

Flaxseed is, in fact, the richest source of lignans, a type of phytoestrogen [a gentle plant hormone] that holds the key to maintaining healthy bones and preventing cancer. At high levels, oestrogen can actually promote tumours, but flaxseed can balance the hormone in the body. Countless studies have proven that people who consume fibre-rich diets have a lower incidence of hormone-related breast, endometrial, and prostate cancers.

There are two types of fibre available in food: insoluble, which reduces bowel transit time, is good for constipation, because it allows faecal matter to be expelled from the body more rapidly; and water soluble, which helps to regulate blood glucose and reduces cholesterol levels. Flaxseed contains two-thirds insoluble fibre and one-third soluble fibre; so, it carries ‘both’ benefits.

When I tell patients that they need to detoxify their bodies, I mean they need to reduce the presence of harmful compounds — like excess hormones, toxins, and waste products — that can ultimately cause serious illness. Eating flaxseed is like cleaning out a pipe, so that it can function smoothly, free of obstruction. Because of its cleansing action, flaxseed is a star of my detoxification programme.

Detoxification is a word thrown around quite a bit these days, but to me it means ridding the body of any harmful substances that don’t belong in us, from excess cholesterol to high levels of oestrogen to toxins from free radical damage to indigestible parts of food we eat. Flaxseed eliminates such wastes from the body, helping ease a wide range of conditions, including the following:

Cancer. Although oestrogen is a natural hormone that is crucial to female development and reproduction, too much of it can cause tumours. Because flaxseed contains phytoestrogens, gentle plant hormones that counteract excess oestrogen, it is thought to have the anti-cancer effect. Flaxseed’s tumour-reducing factor maybe due, in part, to its high content of alpha-linoleic-acid [ALA], an omega-3 fatty acid. Fibre is particularly effective at preventing colon cancer since it allows waste to be expelled with shorter transit time — this means there’s less time for the carcinogens in our faecal matter to come in contact with our colons. It also makes our stool bulkier, diluting the concentration of carcinogens.

Constipation. Constipation is not only uncomfortable, but it can also lead to bowel obstruction and a variety of symptoms such as fatigue, achiness, and irritability. The American Journal of Clinical Nutrition reported that subjects in a study who took 50gm of flaxseed daily for four weeks increased their bowel movements by 30 per cent each week.

Immune system dysfunction. One of flaxseed’s most potent components is alpha-linoleic-acid [ALA], an omega-3 fatty acid that is deficient in many people’s diets. Essential fatty acids are crucial to healing the body and soothing the inflammation associated with diseases like rheumatoid arthritis, psoriasis, and diabetes. Studies show that flax enhances our immune response by inhibiting the production of pro-inflammatory compounds.

Lupus. Lupus is a seriously debilitating inflammatory condition similar to arthritis; young adult women are particularly susceptible to this illness. A study in Kidney International showed that lupus patients consuming 15-45gm of flaxseed daily for four weeks had improved kidney function, helping to clear their blood of toxins more readily.

Flaxseed is a super-nutrient because it works with a ‘triple-punch’ to fight three big health concerns: constipation, cardiovascular disease, and cancer. As I said, flaxseed’s fibre is an important component of its healing potential. Fibre comes from a part of plant walls that is indigestible to humans, but digestible to the good bacteria thriving in our gut, which use it for energy. Fruits like apples and strawberries and citrus are particularly high in pectins, a common form of fibre. Another type of fibre, cellulose, a compound used to give plants their structure, can be found in bran, peas, and root vegetables like sweet potatoes.

More fibre means more healthy bacteria in our intestinal flora. The bacteria produce short chain fatty acids like butyric acid, which lower the pH of the colon, further inhibiting the normal breakdown of bile acids in the gut that promote cancer. Flaxseed is the richest source of lignans, as already cited. They are present in most vegetables, albeit in small quantities. Lignans are converted by our gut bacteria into active forms of phytoestrogens. It is believed that lignans protect the body from the most potent forms of oestrogen, which can promote cancer. Studies show that populations around the world with diets that are high in fibre and lignans, such as the Japanese and Chinese, tend to have a lower incidence of hormone-driven cancers.

Vegetarians also seem especially likely to reap the benefits of lignans, since studies show that urinary levels of this fibre are higher in them than in omnivores.

Flaxseed is truly a wonderful supplement. However, if you’re not a regular fibre eater, you should add it gradually to your diet, since fibre in high doses can actually cause gas, flatulence, and intestinal blockage. Also, be sure to drink lots of water when consuming fibre, since its stool-expelling power comes from the water it draws from the gastrointestinal tract. The National Cancer Institute, US, recommends eating 25-30gm of fibre a day, and most of us get only 10-15gm. For people attempting to reap heart-healthy benefits, I suggest working up to 40-50gm of flax fibre every day.

← The Plain Truth Of Things Believe What You Emote →