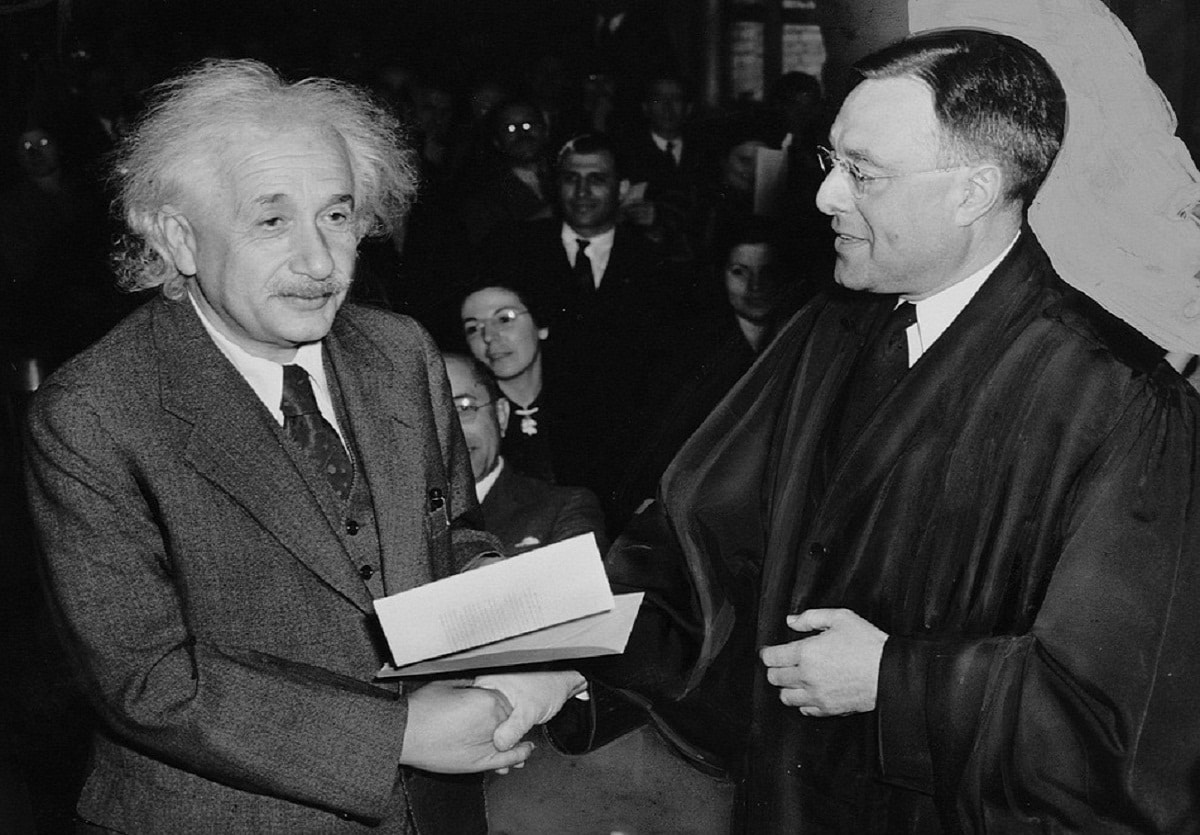 It was a birthday gift from my wife, some years ago. I was destined to start reading it last month. What follows is not a book review, though it may seem so to some readers, but gleanings which overwhelm, inspire, touch one’s heart and stand out as beacons of wisdom for generations to come.

We’ll talk about the ‘other side’ of Albert Einstein here. ‘Other,’ because one often associates Einstein with physics — the general and special theories of relativity, photoelectric effect etc.,

Clark has dexterously woven several anecdotes together in the biography cited. The obiter dicta — spontaneous en passant utterances which live on as recorded words of wisdom bring a smile on the reader’s lips, give one goose-pimples and prompt us to close the book and ponder over the implication of the given quote. At the risk of not doing justice to all the inspirational accounts — veritable parables — recounted by the author, here is a random selection of a few. You may call it a bouquet of flowers, depicting Einstein’s life.

Material comforts never appealed to Einstein. He believed in ‘living light.’ When his first marriage broke up, he fulfilled his duties as a provider to his divorcee wife and their two sons [who were brought up by their mother], nonchalantly directing the Nobel Prize money from Stockholm directly to Switzerland to the three dependents. The Prize was merely a bivouac for the night, on his long journey to find out how god made the universe.

Today en route to fame and affluence, people use friends and acquaintances as steps on a ladder to be conveniently forgotten once the ascent has been completed. Einstein remembered every single kind deed he benefited from, and the world renown which came his way only served to strengthen his gratitude and thankfulness to individuals, who had helped him on, in some way or the other — on his journey up the ladder.

Several handwritten Vielen Dank letters may have originated from his writing desk. He hated public glare and believed that scientists needed to be obscure. He did not want to displease autograph hunters, all the same. He put a price on his autograph and photograph and directed the funds collected to charitable causes — a supreme win-win situation which resulted not from business savvy, or smartness, but from an innate need to serve humankind. His devotion to his mother was non-pareil.He communicated with her frequently, apprising her of the developments in his life and career unfailingly.  We are too busy today to remember our parents.

In this day and age, we all clamour for credit. The more, the merrier. We even take acclaim away from those it really belongs to. Plagiarism and ghost-writing are common. People shamelessly bask in ill-deserved glory.

The world would do well to read about this incident from Einstein’s life. At a presentation, he called out the name of a young researcher whose paper was cited by Einstein in his own. Finding that the young man was present in the audience, he requested him to remain standing and announced publicly that his presentation owed a lot to the young man’s cited paper.

One has roads, colleges, and public places named after oneself, even when one is alive. This is as true today as it was in the past. When Einstein got the hint that his office at Princeton University would be preserved as a museum, he insisted that another physicist must be hired after his death and work must go on. To him, nothing was greater than work — be it his or others’. If people wanted to meet him, he would insist that they spend time on fruitful work instead.  Fever, fatigue or physical pain, work had to be done as programmed, as planned, as promised. He never drove a car. He never liked to. He was a walker, even in his seventies. We need more of his kind today to tackle the menace of air pollution.

Einstein never said ‘No’ to people in need. He did not know how to. He would agree to co-author a book with a man who was at a loss to find ways and means to prolong his stay in the United States of America during the Second World War. He was kind to children. A Nobel laureate like no other, who shook the world with his theories, Einstein would spend hours conversing with children… and becoming a child himself. He would build kites for them, allow some others to bury him up to his neck with beach sand, laugh and joke, teach and explain the physics behind mundane things — good-naturedly and happily.

Well, I was poignant when I reached the last page. A strange sense of nostalgia creeps into my soul whenever I recapitulate the book’s contents. You’ll agree, if you’ve read the book.

← Sugar Control Get Wired To Life →