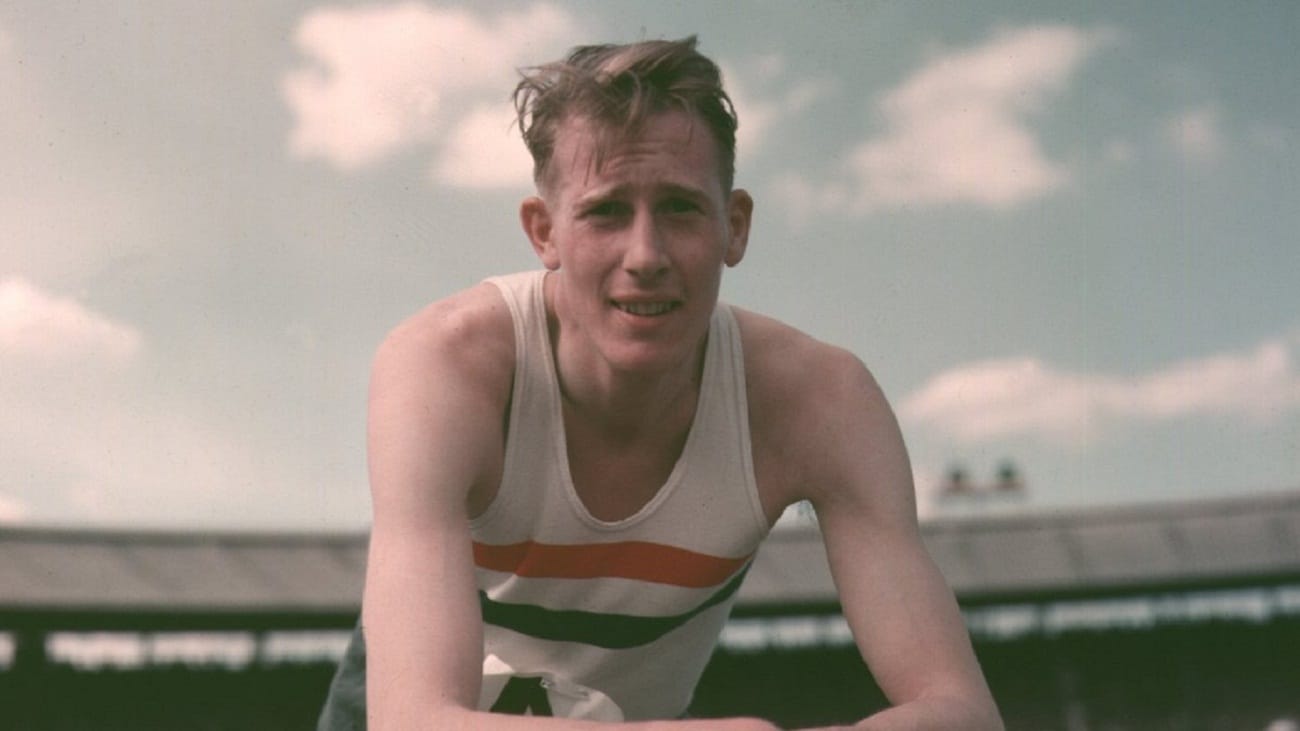 He’s a British sporting hero upholding impeccable standards, an archetypal athlete, strong in both will and mind. Self-effacing, suave, and gracious, he also — in the truly Churchillian sense — espoused the famed bulldog tenacity, a never-say-die attitude that’s remarkably inconsistent, if not wanting, with modern British athletes. Adaptable, creative, practical, he was never out of tune with his medical career, which always came first. Running, quite simply, came second: a vocation that saw him flourish, rise, and become the ‘prophet incarnate’ of English athletics during his era.

His name: Sir Roger Bannister, the man who broke the 4-minute mile barrier, for the first time ever in history, on May 6, 1954. The place: Oxford. The event: The annual race between Oxford University and the Amateur Athletics Association. It was a record tipped to wobble against tremendous odds. Perhaps, it was simply the shattering of a possible great running barrier that excited everyone watching, something that was tantamount to climbing Mount Everest for the first time. For Bannister, though, the thought of scaling a new peak was as much the overhauling of a mental block as a physical barrier — an irksome reminder that man’s striving to beat the 4-minute mile had been, up to then, futile.

Bannister — who passed into sunset, on March 3, 2018, at age 88 — wasn’t too happy as he had failed to win the 1,500 meters event in the 1952 Olympic Games. He was, quite simply, not prepared to wait another four years. He wanted to aim at something truly great, without delay, at what he thought could, perhaps, help him break the tape in the first sub-4-minute mile category.

At the time, the 4-minute mile was an impediment, hostile and imposing. It seemed to defy all human endeavors to break it. The skeptics were sure it was unachievable. But Bannister was determined. The specter of imminent failure would have haunted many. Not Bannister. The challenge of the seemingly impossible motivated him, because he saw in running, “A way primarily of achieving that mastery over myself, which I felt I was always in danger of losing.”  As he also explained in his autobiography, First Four Minutes: “I ran everywhere to save time — even if, at first, I didn’t know what to do with the time saved.”

Still, the weather on that momentous day was anything but friendly. It was gusty and typical of the atmosphere is good, old “Blighty” [as England’s natives refer to their land]. Bannister was in a dilemma. Judging the poor conditions, he decided to call off his tryst with destiny. Fortunately, the wind dropped its hostility. All was fine, again. And, Bannister was ready.

The field took off.

Bannister had to focus on his immediate challenges to reduce his psychological strain. Fellow-runners Chris Brasher and Chris Chataway donned the role of Bannister’s ‘pacemakers.’ The road-to-fame was not easy, of course, because the guy out in the lead can be disturbed by not being made aware of where the rest of the field is. Setting a few strides ahead of Bannister, during the first two laps, Brasher set the ‘cart’ moving. Soon, it was Chataway’s turn to keep ahead until the last lap, when Bannister powered himself into the lead. Bannister broke the tape 50 yards ahead of Chataway and carved a new niche for himself in athletics’ Hall of Fame. His mile was recorded at 3 minutes, 59.04 seconds.

After crossing the line, he felt “like an exploded flashlight”. He collapsed, suffering from an acute lack of oxygen. Soon, however, Bannister was able to bring some of his innate energy, kept back in reserve, to the fore. He recovered to do a lap of honor to the delight of the frenzied crowd.

Think of the agony, and ecstasy, which often follows any hard-earned reward. As Bannister himself recalled, when he neared the finishing tape: “I felt that the moment of a lifetime had come. There was no pain; only a great unity of movement and aim.” It was a dream, a mission fulfilled; more so, because Bannister wanted to have a running triumph of supreme importance attached to his persona before calling it ‘quits’ from sports.

But for Bannister, breaking the new barrier, or posting a new, ‘impossible’ record, wasn’t all-important: “It’s wonderful, of course, but running well’s the main thing.” To prove his point, Bannister broke his own record, in August of the same year, at Vancouver. If this is not passion, a drive to do one’s best against odds or no odds, what is?

It’s a different ‘ball-game’ today, however. Bannister may not be as recognized as he once was in this, our modern age of the bionic, or chemically-enhanced, athlete. What makes Bannister’s famous mile[stone], though, is the fact that he ran a 4-minute mile on ‘very low-fuel,’ without hi-tech trappings like the latest equipment, or oxygen therapy. That Bannister went on, in his final season, to win the ‘metric mile’ [the 1,500 meters] at the European Championships in Switzerland in a record time of 3 minutes, 43.08 seconds, made him a pioneer no less — a man who fulfilled his calling before he retired from sports, in great style, to pursue a career in neurology.

When Bannister was asked during the 50th anniversary [2004] of his famous run whether he looked back on his phenomenal feat as the most important achievement of his life, he replied, unassumingly: “No, I rather saw the subsequent forty years of practicing as a neurologist and some of the new procedures I introduced as being more significant.”

It was only fitting that the Golden Jubilee of Bannister’s achievement was celebrated by a commemorative, British 50-pence coin, with the reverse showing the legs of a runner and a stopwatch. Still, the dizzying paradox was [and, remains] that Bannister shares the athletic podium with 14 men that set mile records under 4 minutes, but he never won an Olympic medal. This is akin to another English great, Alfred Hitchcock, not winning an Oscar in his life.  This parallel underscores a distinct fact, however: awards and adulation do not matter in any endeavor as much as the achievements themselves.

— First published at POPMATTERS, US

← The Book That Saw Tomorrow To Vent Or Not To →