A Question Of Sustainability 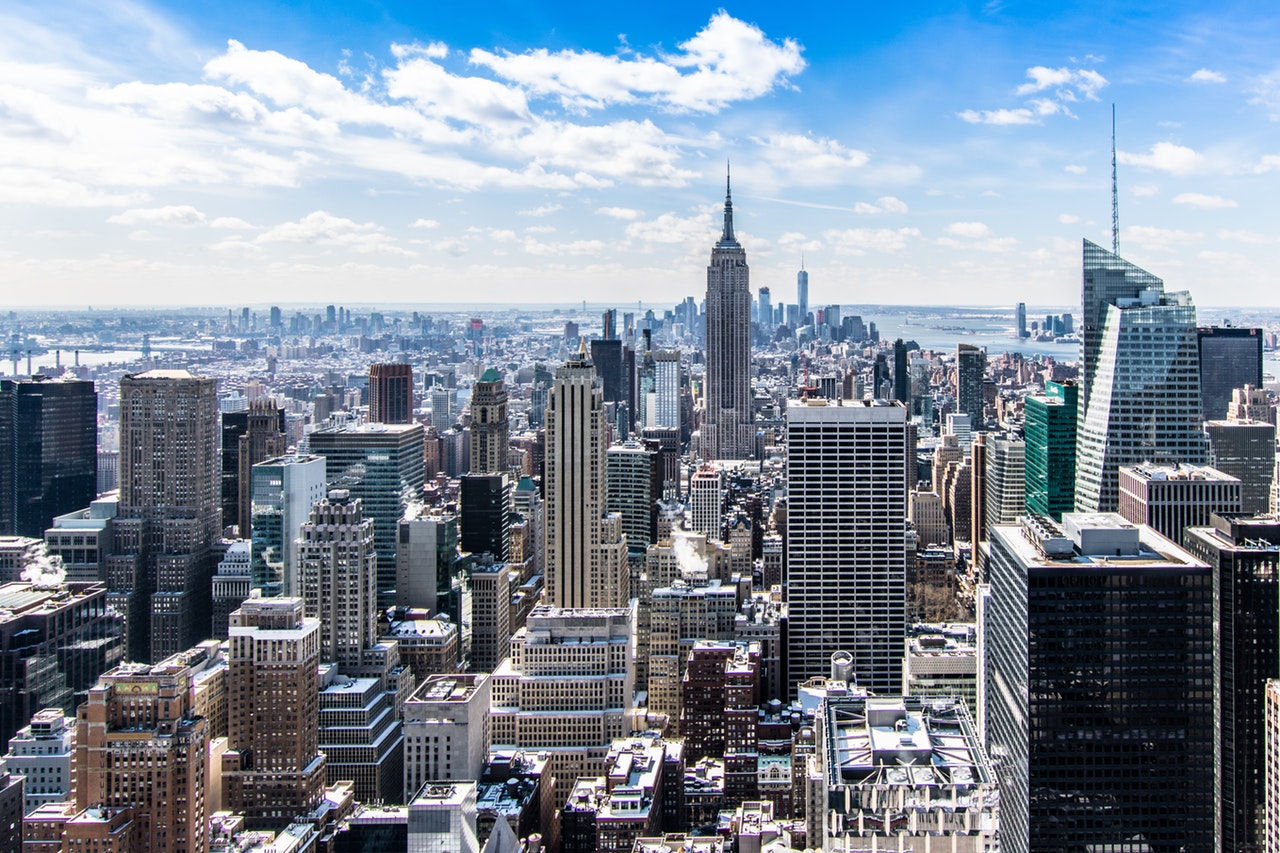 Sustainability refers to a state; or, ability. Sustainable development is a process. This process is essentially the means towards the end, which is sustainability itself. Here, it is necessary that the means — the process of development and all that it entails — are sustainable, in order to justify the end. Decisions taken on mundane things, on familial and individual levels; they tend to influence those at county, provincial and national levels at times, and vice versa. Not avoiding individual [or, citizen] responsibilities will make it just a wee bit easier for all of us to adopt the desired ‘means’ towards the desired ‘end’ [1].

Can one ensure that the economy does not take a severe beating, the environment is not allowed to run to seed, the unemployment rate is brought down and controlled, more and more children get to go to school and stay healthy, and our heritage is conserved for its non-monetary value, all at the same time? Is this ever possible? Here is where city-level decision-makers are faced with the almost-insurmountable challenge of ‘integrating’ [it makes this article relevant to The Integrative Post] seemingly-conflicting disciplines and adopting a holistic, balanced and ‘sustainable’ approach to the policies they draw up — to make the path towards the elusive goal more tractable. 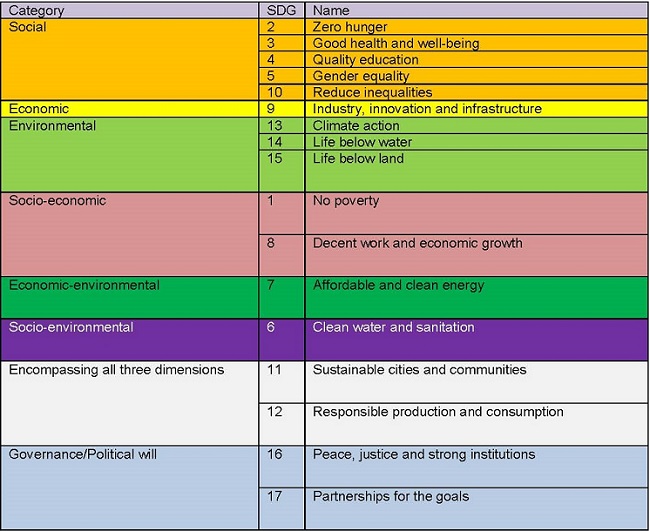 Table: The SDG categorised based on the three pillars of sustainability [curated by the author]

Each of the 17 SDG [cf. Table], has its own set of targets. Performance for these targets is measured with the aid of well-defined indicators and targets, which must necessarily be tailor-made by the decision-maker to suit the context and requirements of their region/city. It must be pointed out that everything cannot be quantified and often, contextually-important indicators representing the softer aspects of sustainable development, are necessarily qualitative, or at best, semi-quantitative.

City-level comprehensive applications of the SDG [Sustainable Development Goals] framework are yet to be entrenched in decision-making. During the last two decades [more specifically, from 1993 to 2015] there have been many attempts by international organisations and cities themselves, as well as private interest groups, to develop indicators and indicator sets to monitor cities’ sustainable development, accompanied by a proliferation of different monitoring method [2].

While the SDG were launched by the UN in 2015, planning and performance monitoring has been guided by several sets of indicators, as referred to earlier — starting from the UN Habitats Urban Indicator Programme [1993] to the Commission for Sustainable Development’s Sustainable Development Indicators [1995], EU’s sustainability indicators [1998] to European Common Indicators [2000] to OECD’s Better Life Index [2011] to ISO 37-120 indicators [Sustainable Development of Communities] [2014]. The number of indicators ranged from 10 for the European Common Indicators set to 97 for the one launched in 2014. While such efforts have provided the impetus needed, it will not be long before sustainable development evolves from being a ‘fuzzy’ concept to something which can be operationalised despite [or, rather thanks to] its multidimensional nature. The trade-offs and hurdles which one refers to, will remain. They may not be entirely overcome in the near future, but once the ball is set rolling, benefits to decision-making will surely accrue; and, changes, when they happen, will be for the better.

Challenges are diverse on local levels within even small countries, and hence ‘sub-national’ [state-level, provincial level, city, or town levels] efforts to gather data [disaggregation of national-level data, in other words] are extremely important and effective and indispensable, if one may add in the last adjective to ‘drive’ the importance, for the attainment of the SD goals [or, rather, if one would stick to the realistic belief that sustainability is a moving target, come as close to them as possible]. It is even possible that mayors and decision-makers at city-levels may not find suitable indicators in the SDG framework to represent something which they think is vital and crucial to sustainable development within their domains. This would call for tailor-making the indicators [or, defining modified ones] to making decision-making meaningful. Local leaders ought to be engaged in the exercise closely, their viewpoints heard, and deliberations with the general public must not be dispensed with. SDG 11 [cf. Table ] with 10 targets and 15 indicators, in all, has been pointed out as a dedicated ‘urban goal’ owned and worked towards, by local governments, driving home the fact bottom-up urban/regional developments to add up and make the transition successful. Cities can be encouraged [or, mandated] to assume responsibility for monitoring performance for a specified sub-set of localised goals and targets — the indicators used clearly being subjective, value-driven and selected in concert with other stakeholders, and defining the prevailing social debates and priorities — and, achieving the same, within the time-frame set.

Often, all the indicators are assigned the same priority [weighting]; within goals, and, all the goals considered in the analysis may be weighted equally too.  This is tantamount to playing it safe, but it does introduce uncertainties. On the other hand, reaching out to a handful of ‘representative experts,’ or even a sample of the general population for that matter, is also fraught with the same risk. It must be borne in mind, however, that priorities change, as evidenced by the sudden spurt in the fraction of Americans who believe that global warming and climate change are realities which need to be taken seriously [thanks to the highly-destructive hurricanes and forest fires they have experienced this year]; and this would necessitate rethinking the equi-weighting approach.  Russia, as ‘culled’ from The Economist [3] the worsening state of the environment, came in ninth place, when Russians were asked to name their main corruption [governance-related = dominated. Overcoming subjectivity, of course, entails more work, more data-gathering in order to align decisions as closely and faithfully as possible with the prevailing [and, changing] realities. One must pause and think carefully about how close the ‘microscopic’ [city-level] is to the mesoscopic [state-level] and the macroscopic [national-level] before using any of them as a proxy for the others.

The most vulnerable sections of the population, the UN advises, must be prioritised first — globally, nationally and locally — while committing funds and investments for developmental work. This is all the more relevant when one thinks of applications in developing countries like India. It is not entirely erroneous to conclude that combating climate change by adopting strategies to reduce GHG emissions must be co-prioritised along with the former, as this will provide decision-makers with platforms to set the ball rolling on other priorities [relatively less vis-à-vis climate change] in the years to come. Climate change threatens all; it undermines the capacity to address other sustainable development goals. India, with its reliance on fossil fuels, needs to think hard and plan ahead both for its and the world’s good. The chain reactions, induced by climate change, will impact a whole lot of SDG directly and indirectly.

The buck cannot always be passed onto the decision-makers, bureaucrats and politicians. There is also an undeniable need to impress upon those on the upper strata to willingly make sacrifices to make the top-down implementation successful. Bottom-up efforts, thus, must have an element of sacrifice in them. While relevance and applicability for practical decision-making are cornerstone criteria for indicator selection, the interconnection among SDG indicators must also not be forgotten. Explicit double-counting must be necessarily avoided, while it is advisable to also factor in the implicit ones. Choosing only those indicators which are all positively correlated such that an improvement in one automatically results in an improvement in the others is not a good practice. As trade-offs and compromises are inevitable in sustainable development and must be transparent in analyses, the selection must not be biased in any way in order to present a rosy picture of development.

EN PASSANT – WORK TO BE DONE

A motivating statement when it concerns possible research topics for the future is the observation of the fact that there is a paucity of internationally comparable data for cities vis-à-vis countries. The implementation of SDG at local levels will be fraught with challenges — different types in different cities at different times in the future.

It is imperative for the sake of genuine sustainable development to appreciate and incontrovertibly agree, that judged against the SDG, all countries are developing countries. What is, therefore, needed now for any actor in the world is to conceive a new and different, also truly universal, concept of international co-operation for sustainable development that addresses all types of entities, the rich and poor alike.

After all, a rising tide eventually will raise all ships, while the ebbing tide will sink them all.

← Tipu Unplugged Beyond The Cosmic Sutra →